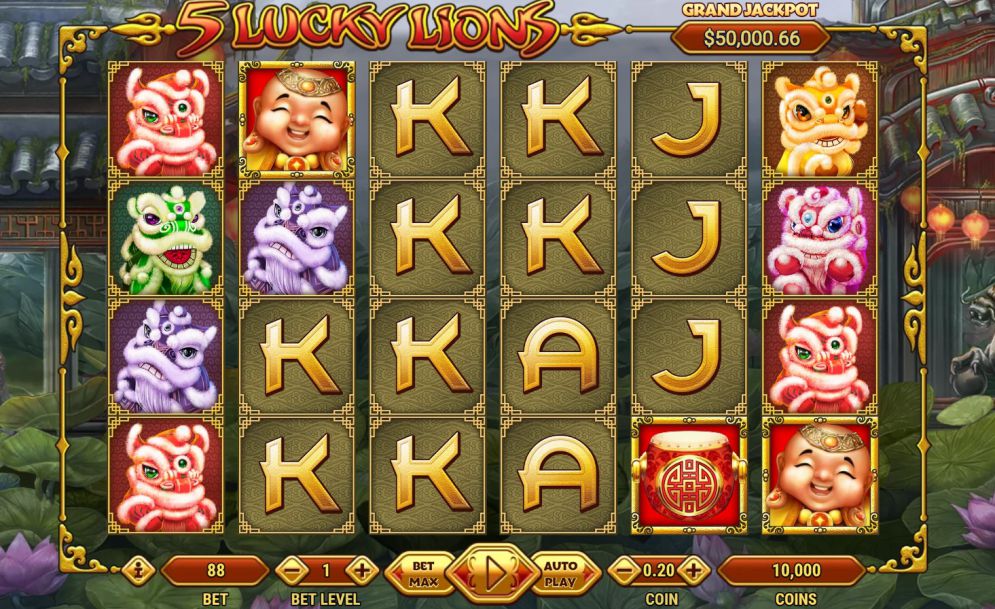 5 Lucky Lions is a Chinese themed 6×4 slot game by Habanero, and it features low variance, and a good paytable with ten symbols that pay decent amounts of money. There’s a free spins game with up to 18 free spins where high-win symbols are much more common, so despite the low variance it’s possible to win big in this slot game.

The game is played on a huge 6×4 board, and it has exactly 88 paylines, which many Asians will consider good fortune. The game pays often enough because there are so many paylines and so many symbols, so you can expect a low variance experience. I’ve found the game to be very comfortable to play. Let’s go into more detail to see what’s this game all about, as it plays a bit differently than other slots. 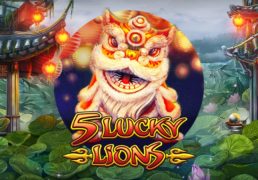 The paytable wins are listed in fixed cash amounts dependant on your bet, and of the six card symbols, four will be able to win you some money on a five-of-a-kind win, while two, Ace and King, have the potential of winning you 5x your bet if you land six-of-a-kind. This is pretty important, as the game pays often enough, and there’s also a good chance of landing a multi-payline win since symbols often appear stacked.

The five main symbols are a much rarer sight on your six reels, but the prizes are better. You’ll already make at least 3x your bet when you land a five-of-a-kind win, and with a six-of-a-kind you can expect to win up to 10x your bet on a single payline. Wild and Scatter are also paying symbols, and Scatter is by far the best as you’ll get 88x your bet if you land all six. 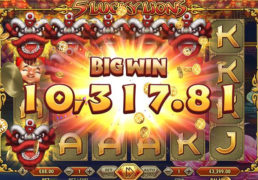 The Bonus Pick feature is triggered when you land at least three Scatters, and since they can appear on each of the six reels, the chance of landing three is actually quite good. You’ll pick one of five Lions to get 8, 10, 12, 15 or 18 free spins. The Lion you selected will be the only Lion that will appear on the reels during the free spins, with all other Lions removed from the reel strips. Before each spin, a stack of 4 Lions will be added to one of the reels as well. 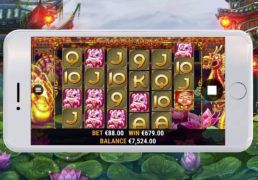 Theoretical return to player (RTP) of 5 Lucky Lions is excellent 97.93%, and it’s a low variance game, so players can get a low-risk experience from playing this slot game. The game pays often enough and issues multi-payline wins often enough too, so you don’t have to wait for a big win to get your balance back to positive. Even without the free spins game, 5 Lucky Lions slot can pay well, and then when you finally trigger the feature you’ll likely win some money. The game is just so pleasant to play.

5 Lucky Lions is a quality slot game by Habanero, primarily because of the high theoretical payout and the low-risk experience it’s providing to players. There’s also a chance to win a decent amount of money, primarily through the free spins game as it has more high-win symbols than the main game, so what else could you ask for? Play 5 Lucky Lions for real money and see if the Lions will bring you luck!

5 Lucky Lions is a Chinese themed 6×4 slot game by Habanero, and it features low variance, and a good paytable with ten symbols that pay decent amounts of money. There’s a free spins game with up to 18 free spins where high-win symbols are much more common, so despite the low variance it’s possible to win big in this slot game.

Hurray! There is a competition going between users of our site!
You have to do nothing, but browse out site, and win a daily prize. Click here to read more.
You current ranking:
Time Left: 22h 20m 16s