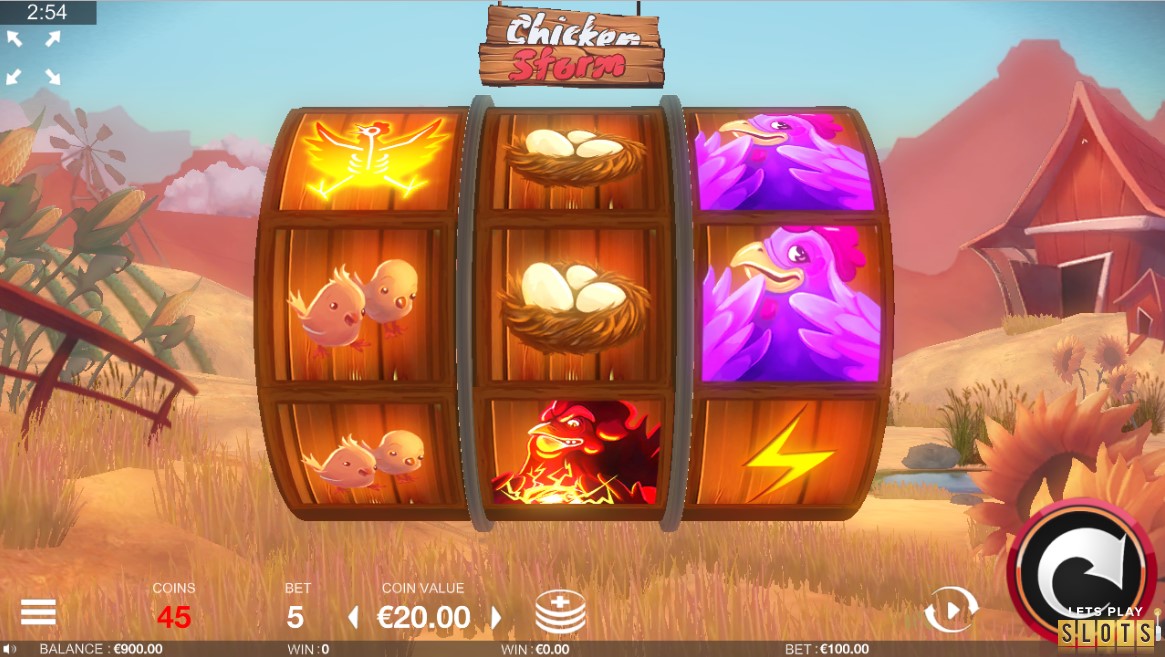 This slot from Fantasma Games may only have three reels, but it’s packed full of entertainment throughout. Featuring high-quality graphics, Storm Meter mode, a Gamble round and great customisation features, Chicken Storm should be next on your list to play. 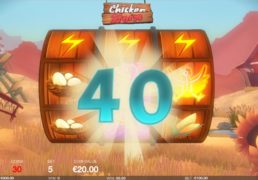 I’m not entirely sure what an actual chicken storm would look like, but I suspect that it wouldn’t look quite as pleasant as what this Fantasma Games slot displays. I was very impressed with the graphics in this slot, considering that this developer isn’t one that I’m ultimately familiar with. Of course, seeing the images on display, I was keen to press on with spinning the reels. Once I did, I found it to be a truly compelling offering. 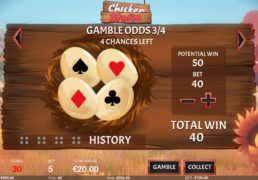 Despite the fact that I’m not usually the biggest fan of 3-reel slot games, Chicken Storm is one game that actually exists as an exception to this rule. The three reels are joined by three rows and a total of five fixed pay lines. You have the ability to alter your wager by using the arrow buttons on display at the bottom of the screen. There, you can select from coin values between €0.04 and €20. This allows you to place a maximum bet of €100 per spin.

The game itself takes place on a farm, where a barn can be seen in the background, as well as a corn field. The low-paying icons on the reels exist in the form of the corn husks, a nest of eggs and some baby chicks. Then comes a symbol of a purple-coloured hen, which can pay out up to 30 coins. There’s a symbol of a lightning bolt as well as one of a chicken in the process of being electrocuted by the storm. The highest-paying symbol of the game is the electrified rooster though, which can provide a maximum reward of 1,000 coins. 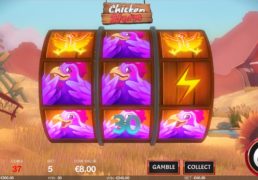 The best feature that stood out to me about Chicken Storm is its gamble round. This triggers whenever you form a win on the reels and it provides you with the chance to gamble as much of your win as you like. The round presents a nest of four eggs – each with a playing card suit on it. You simply need to click on one to reveal a coin in order to multiply your win. If it reveals nothing though, your gamble is lost.

The other feature in the game is the Storm Meter mode. Whenever you form a win of 80 coins or more, you can access this. There are three levels for you to go through in this mode and you’ll progress on to the next level whenever you cover an entire reel with one and the same symbol. A re-spin will also take place at this point.

As I mentioned, I’m not really the biggest fan of slots with three reels as standard, but Chicken Storm is very entertaining. Even with its smaller number of special bonus features, it remains a thrilling and captivating slot game from Fantasma Games.

This slot from Fantasma Games may only have three reels, but it’s packed full of entertainment throughout. Featuring high-quality graphics, Storm Meter mode, a Gamble round and great customisation features, Chicken Storm should be next on your list to play.

Hurray! There is a competition going between users of our site!
You have to do nothing, but browse out site, and win a daily prize. Click here to read more.
You current ranking:
Time Left: 3h 15m 25s