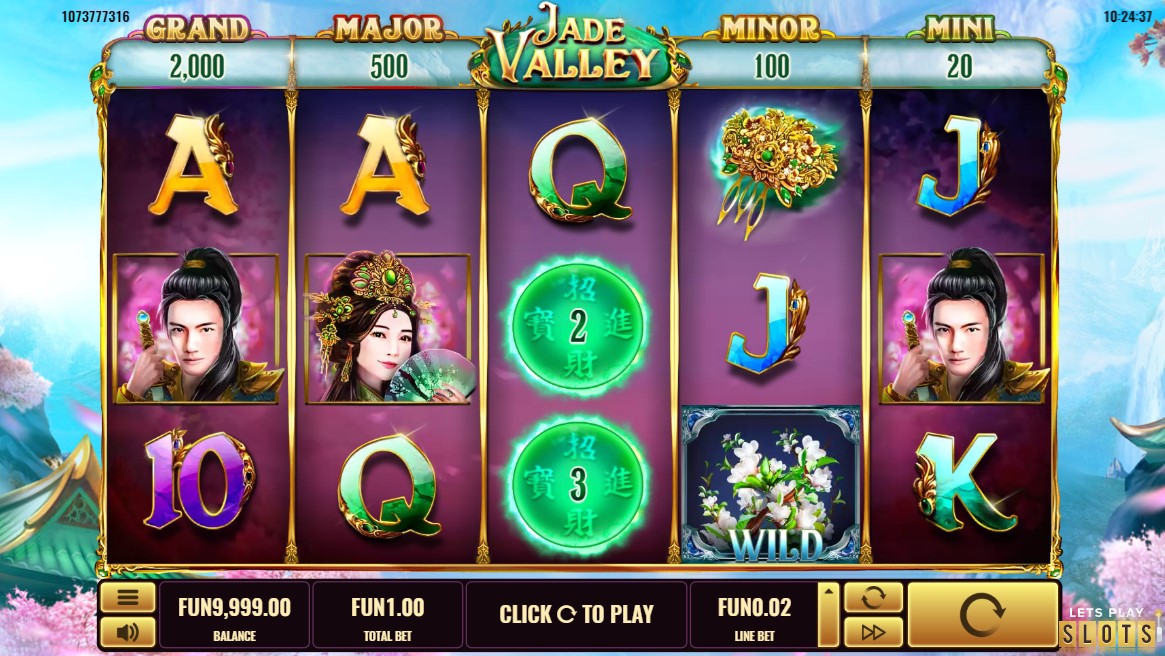 Jade Valley will present you with a perfect view of the orient, with super high-quality graphics on display from Platipus. Make sure that you keep an eye out for the slot’s wild and scatter symbols, as well as the four progressive jackpot totals to win!

If you know anything about me, then you’ll know that I love playing slot games with that Eastern Asian theme running through them. There’s something so majestic about them most of the time, and this Jade Valley game from Platipus is no exception to that theory. It takes you to the beauty of China, with strong graphics presented to you throughout. And when you also consider that this game has four progressive jackpots in play, that you can see increasing whenever you play, it certainly holds a lot of appeal from the offset. 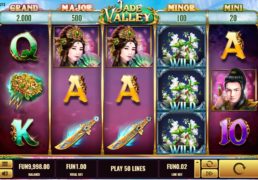 The setup of Jade Valley is quite standard, providing you with five reels and three rows to play on. Platipus has also added 50 pay lines into the game for you to bet on too, which is quite a nice amount in my opinion. These lines are fixed in position, although you have the chance to adjust the value of your wager easily enough. The slot provides you with the option of selecting coin values between 0.01 and 2, meaning that a maximum bet of €100 per spin can be played.

The first symbols of the game are fairly standard too, coming in the form of the playing card additions from 10 through to A. These can all pay out a maximum of 50 times your in-play stake. After this, there’s an exotic hair pin and a bejewelled sword on the reels as icons, with the latter able to pay you up to 100 times your wager. The highest paying standard symbols are present in the form of the Chinese warrior and the beautiful female, who is able to reward you with up to 500 times your bet. 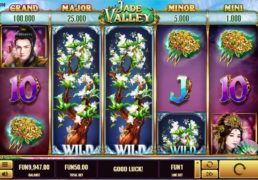 The first of this game’s special features is its wild symbol, which is represented by the flowers. These will substitute for all other standard icons on the reels and they show up on reels two to five only. I also found that this one can expand across an entire reel to cover it, giving you more winning opportunities.

The bonus symbol appears on the reels in stacks of two or three and any combination of six or more of these will activate the Respin Feature. Each of the bonus icons in view contains either a cash reward or a jackpot winning symbol. Three respins will be given to you at the start and if an additional bonus symbol appears, the number of respins returns to three. To win one of the jackpots, you need to reveal one of the corresponding jackpot symbols. The grand jackpot will be paid out when all symbol positions are filled with bonus icons. 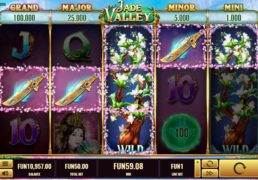 I thoroughly enjoyed spinning the reels of Jade Valley. It’s one of those slots that captures you from the first moment and then retains such to keep you enthralled. I’m always happy to see jackpots in a slot game too, and the bonus respins round that leads you to these in Jade Valley is quite an intriguing feature to go through. A highly enjoyable game!

Jade Valley will present you with a perfect view of the orient, with super high-quality graphics on display from Platipus. Make sure that you keep an eye out for the slot’s wild and scatter symbols, as well as the four progressive jackpot totals to win!

Hurray! There is a competition going between users of our site!
You have to do nothing, but browse out site, and win a daily prize. Click here to read more.
You current ranking:
Time Left: 18h 52m 21s
Gambling is for 18+ though some countries may have other restrictions...Remember you should always Gamble Responsibly
We use cookies to ensure that we give you the best experience on our website. If you continue to use this site you agree to allow us to use cookies, in accordance with our Terms & Conditions.Agree & Close