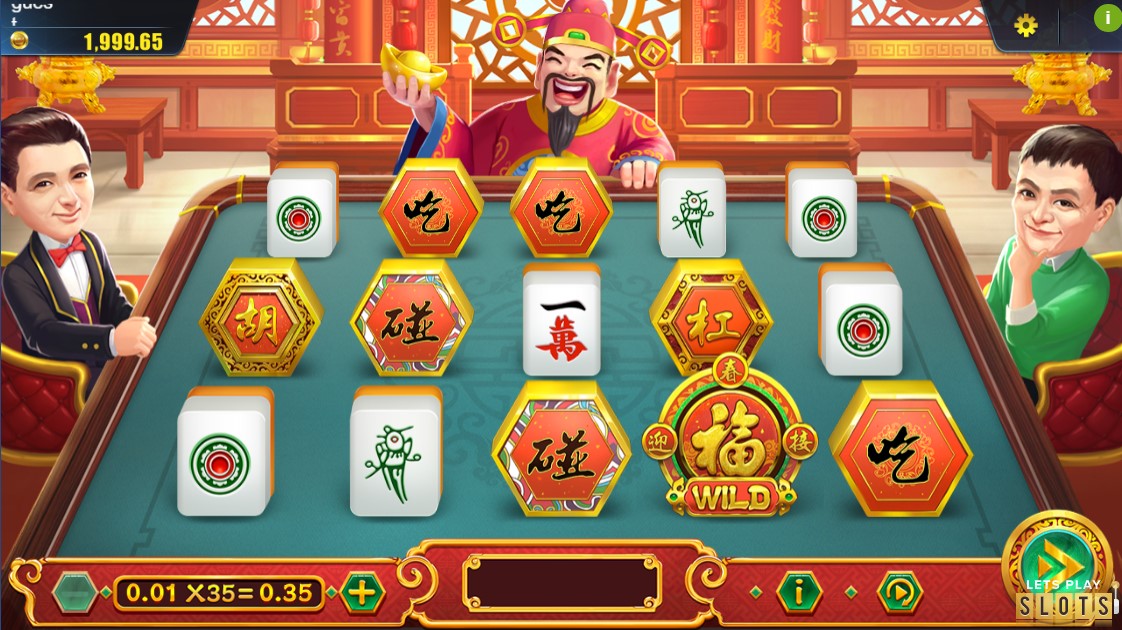 There’s a spirited game of Mahjong taking place in this slot, and it’s time to find out exactly who the Mahjong King actually is. Make sure you’re ready for the appearance of Free Spins, the Wild Symbol and the Scatter in this Dream Tech offering.

Nobody could ever accuse Dream Tech of falling behind in terms of creativity, graphic ability and execution of gameplay. Especially when playing Mahjong King. This slot actually makes me smile every time I play it, with its totally appropriate soundtrack, amazing graphics and stellar gameplay. This is certainly one game of Mahjong that I would love to involve myself in – even more so when it’s nicely crossed with the thrills of a casino slot offering. 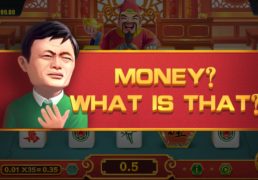 While the Mahjong game is taking place, you’ll see a set of five reels and three rows on display atop the table. This is joined by a total of 25 paylines to bet on, which you can’t adjust. You can, on the other hand, adjust the value of the wager that you place on these lines. This is done by using the plus and minus buttons to select a coin value of between €0.01 and €10 x 35 per spin. This means a maximum bet of €350 per spin is possible in Mahjong King.

The graphics that are in this game are instantly appealing from the moment that you load it up. With three characters sat around a table where the reels are, they will interact with your gameplay to ensure that you’re having as much fun as possible. Mahjong tiles make up the selection of symbols appearing on the reels for the most part. The highest-paying of these will multiply your stake by a maximum of 1,000x over.

A wild symbol is also present on the reels, which will substitute for any other icon, with the exception of the game’s scatter symbol. 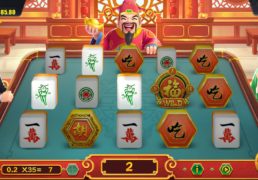 The first feature that stands out in this slot is the fact that whenever you form a winning combination, you will see tumbles take place. This sees the symbols included in the win disappear and leave gaps for new ones to fall into. If further wins are created, then the process takes place again until no further wins can be formed.

What’s more, all winning symbols also have the opportunity to trigger a Lucky Bag Reward. The bonus reward is divided up into 10 levels of anywhere between 5x and 1,000x your stake as an additional reward to line wins.

The scatter symbol of the game can appear anywhere on the reels and whenever three or more do show up, you’ll activate the slot’s free spins round. This rewards you with 10 free spins of the reels and each winning symbol coming into view during this round will automatically trigger a Lucky Bag Reward. All wins formed during this round will also be multiplied by up to 5x for your pay-out. 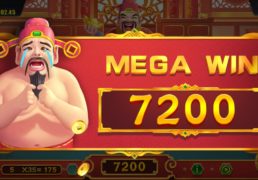 I happen to love what Dream Tech has done with this game. It’s completely entertaining, featuring free spins and tumbling reels to boot. When you also throw in the Lucky Bag Rewards that can come into play, Mahjong King is just enthralling to play at any time. I also appreciate its great use of graphics and soundtrack. It all just meshes together so well.

There’s a spirited game of Mahjong taking place in this slot, and it’s time to find out exactly who the Mahjong King actually is. Make sure you’re ready for the appearance of Free Spins, the Wild Symbol and the Scatter in this Dream Tech offering.

Hurray! There is a competition going between users of our site!
You have to do nothing, but browse out site, and win a daily prize. Click here to read more.
You current ranking:
Time Left: 2h 35m 1s