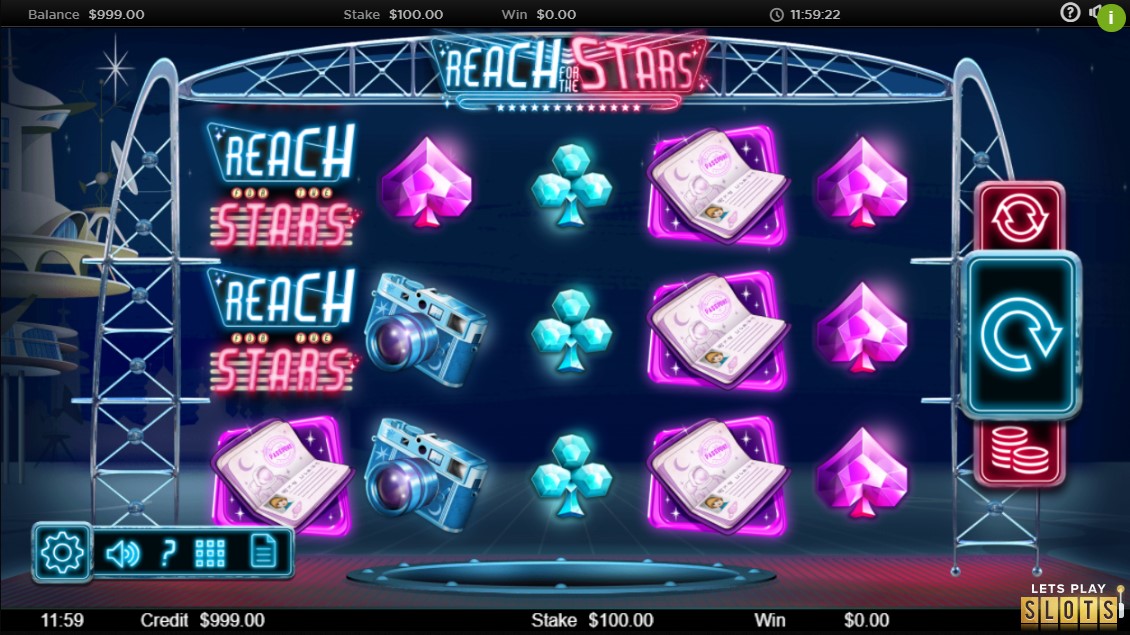 Reach for the Stars from Live 5 Gaming will bring you all the excitement of being a world-class, no, space-class traveller! Featuring high-quality imagery and bonus perks such as Stacked Wilds and the Rocket Bonus, this one is sure to entertain!

Best Casinos to Play Reach for the Stars for Real Money : 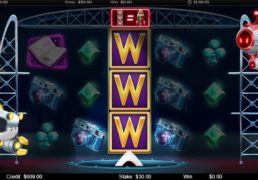 Reaching for the stars is one thing but travelling there is quite another. This online slot game from Live 5 Gaming looks to take you into space, though – and it’s giving you a suitcase to travel with, too! I wasn’t quite sure what kind of theme this one was going for, but upon accessing it and playing through it, I was never more impressed. The graphics are on point in the game, while the inbuilt features make it all the more enjoyable. 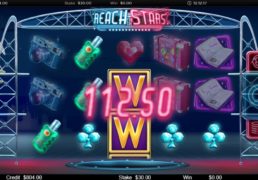 The base layout of this slot features a total of five reels and three rows. This means that everything looks quite standard as far as video slots are concerned. Additionally, Live 5 Gaming has added a total of 20 fixed pay lines for you to wager on. I’m also quite the fan of the various types of bets that you can place, with the options for this being on display via the button on the right-hand side of the reels. A maximum overall wager of €100 per spin is possible in Reach for the Stars.

Visually, the game contains some wonderful graphics, which just serve to enhance the overall playability of it. The first of the icons on the reels are of playing card suits – the green diamond, blue club, red heart and purple spade. The latter of these can pay out up to €200. Then comes a symbol of some sunscreen – which is necessary in space, of course! There’s also a camera for some photo opportunities, and this can pay out up to €300. The pink suitcase comes next, while the space passport is also a symbol, rewarding up to €1,000 in winnings. You’ll also find the game’s logo as one of its icons. 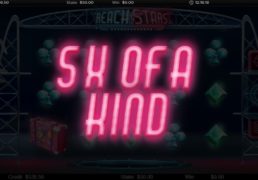 Reach for the Stars has its own wild symbol, which is always nice for me to see. This stands in for other standard symbols to help you create winning combinations. As an extra operation, it works as a scatter icon, too.

If you manage to spin three stacked wilds into view on the central reel, then the Rocket Bonus begins. This will award you with one of three outcomes. Either a three-of-a-kind win, a five-of-a-kind win or the freespins round.

Should you receive the freespins round as a reward, the middle reel stays in action as a wild reel. Plus, every freespin that you make will give you a three-of-a-kind win, five-of-a-kind win or an additional three freespins.

I have to say that I enjoyed my time playing Reach for the Stars. The developer has made sure to create an entertaining slot with appealing inbuilt features. Freespins rounds will always work well for me, and when a game incorporates high-quality graphics, it makes things even more intriguing.

Reach for the Stars from Live 5 Gaming will bring you all the excitement of being a world-class, no, space-class traveller! Featuring high-quality imagery and bonus perks such as Stacked Wilds and the Rocket Bonus, this one is sure to entertain!

Hurray! There is a competition going between users of our site!
You have to do nothing, but browse out site, and win a daily prize. Click here to read more.
You current ranking:
Time Left: 13h 57m 39s