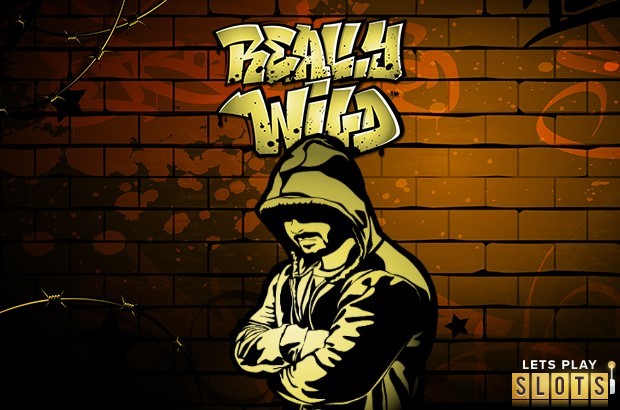 There’s nothing better than going Really Wild with an online slot game, and that’s precisely what you can do with this Green Tube release. Featuring four reels, seven win lines, a Wild symbol, Scatter and Free Spins, you’ll find there’s more than meets the eye here.

The Really Wild slot game was a bit of an odd one for me. I liked the idea of its title and when I saw the graphic for it, I was immediately intrigued. Yet, upon loading up the slot, I found it to not be what I expected. It takes on the role of a sort of traditional slot, incorporating fruit machine symbols and fairly average graphics when compared to some other slot offerings. That being said, it does have some redeeming features in terms of its inbuilt perks. 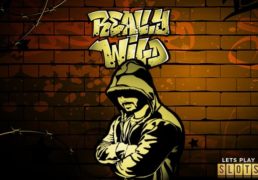 The main game features a layout of four reels, which shrinks it down from what is the general norm for video slots. Three rows are still in existence in Really Wild, and there are seven pay lines involved in the game, too. These are not something that you’re able to customise either, although this rule does not apply to the bets that you can place. Easy-to-use buttons can be found in the game to adjust such.

The symbols in the game are all relative to traditional fruit machines, meaning that you’ll find additions like cherries, watermelon, lemon and others. Furthermore, there’s the inclusion of the red number 7, which is a higher paying symbol on its reels. And one or two bonus symbols are also added to the reels to enhance your enjoyment. 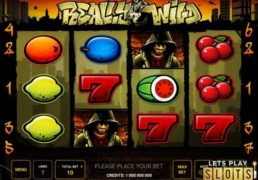 A wild symbol can be found on the game’s reels, which is that of the graffiti. This one can appear in stacks and will substitute for all other standard symbols to help you create winning combinations. The only exception to this substitution rule is the scatter icon.

It’s the symbol of the guy that operates as this slot’s scatter addition, meaning that wherever it appears, it will provide a pay-out. If three or four of the scatter symbol come into view across the reels, you will receive 10 or 20 freespins, respectively. After triggering this round, a light will move over the four reels. You need to click the “Stop” button and whichever reel it lands over, it will turn it into a full wild reel for the duration of freespins.

I think that this Green Tube offering could do with having a much higher quality of graphics imbued into it. Yet, the inbuilt features do provide a lot more entertainment. It’s quite nice to see it have four reels instead of five – helps it to stand out more, so to speak. Overall, it’s a decent enough game, but I would have liked to have seen more from it visually.

There’s nothing better than going Really Wild with an online slot game, and that’s precisely what you can do with this Green Tube release. Featuring four reels, seven win lines, a Wild symbol, Scatter and Free Spins, you’ll find there’s more than meets the eye here.

Hurray! There is a competition going between users of our site!
You have to do nothing, but browse out site, and win a daily prize. Click here to read more.
You current ranking:
Time Left: 15h 17m 34s