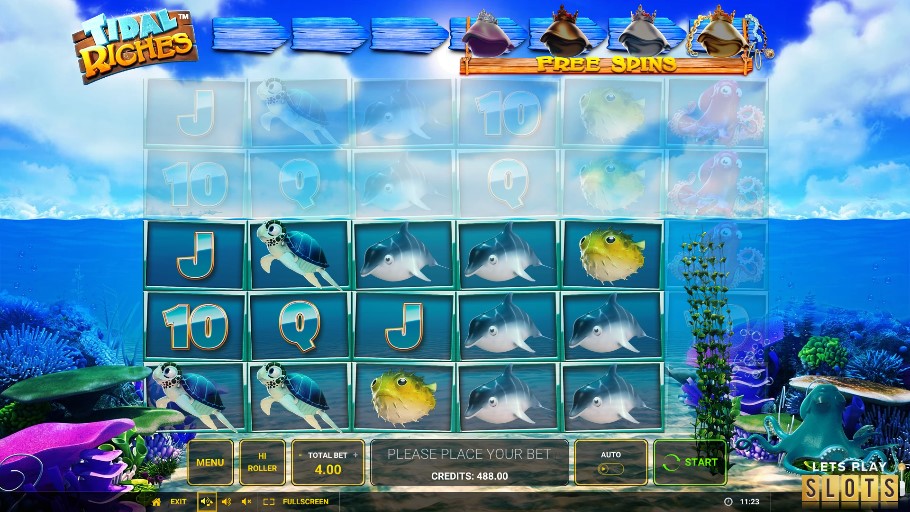 Watch out for the rise and fall of the tide in this Green Tube slot. Tidal Riches will present you with an underwater adventure, incorporating Free Spins, Wild symbols, Reel Drops and so much more to keep you entertained.

Tidal Riches is one of those slot games that grabbed a hold of my attention from the first moment that I saw it. And then, when I started spinning its reels, I became more entertained. Coming from the Green Tube developer, I knew that I’d be in for playing a game with high-quality graphics and enthralling gameplay. And I wasn’t disappointed in any way. Yet, it’s the inclusion of additional special features that make Tidal Riches so appealing on the whole. 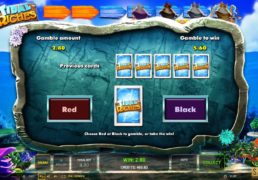 The main layout of this Green Tube slot game features five reels, although this can extend to six reels at certain points during the game. Across this setup, you will also find three rows, but these rows can also extend up to five. Green Tube has also chosen to add a total of 20 paylines to the game as standard, although the number of these can increase up to 50 when the reels and rows expand. You can adjust your bet between €0.20 and €4 per spin, too.

The symbols that appear on this slot’s reels start with the often-seen playing card additions, from 10 through to A. These can pay out up to €4 whenever six show up on a paying line. Then come some thematic symbols, starting with the angel fish and the pufferfish. Then comes the icon of the tortoise, which can pay out up to €80 altogether. You’ll also get to see a symbol of an octopus and finally, a dolphin, which can reward you with a maximum of €120.

Tidal Riches also has its own wild symbol, which is able to substitute for all other standard symbols on the game’s reels. 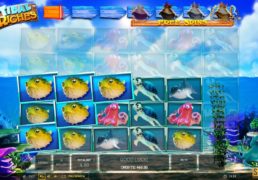 While playing this slot game, I was most intrigued by the appearance of treasure chest symbols. All treasure chests in view will explode to reveal one and the same matching symbol behind them. These symbols only show up during the game’s free spins mode.

Speaking of which, you’ll be able to trigger these when you form several consecutive wins. Every time you do this, the arrows above the reels will fill up. The symbols appearing in every win will disappear and cause Reel Drops to take place. This continues until no further wins can be formed. The ways to win and possible rows and reels will expand when you form continuous wins, too. If you manage to fill four of the arrows up, then you will receive five free spins, while if you get more than this, larger numbers of treasure chest symbols will appear during this round. 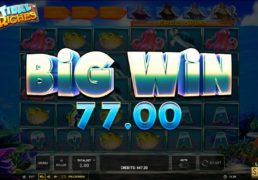 I have to say that I was quite impressed by this slot game and very much enjoyed spinning its reels. The inbuilt expanding reels and rows make it much more entertaining than a standard video slot for me, while the addition of free spins and the Reel Drops add to that entertainment factor. Overall, Tidal Riches is a great offering from Green Tube.

Watch out for the rise and fall of the tide in this Green Tube slot. Tidal Riches will present you with an underwater adventure, incorporating Free Spins, Wild symbols, Reel Drops and so much more to keep you entertained.

Hurray! There is a competition going between users of our site!
You have to do nothing, but browse out site, and win a daily prize. Click here to read more.
You current ranking:
Time Left: 22h 43m 51s
Gambling is for 18+ though some countries may have other restrictions...Remember you should always Gamble Responsibly
We use cookies to ensure that we give you the best experience on our website. If you continue to use this site you agree to allow us to use cookies, in accordance with our Terms & Conditions.Agree & Close