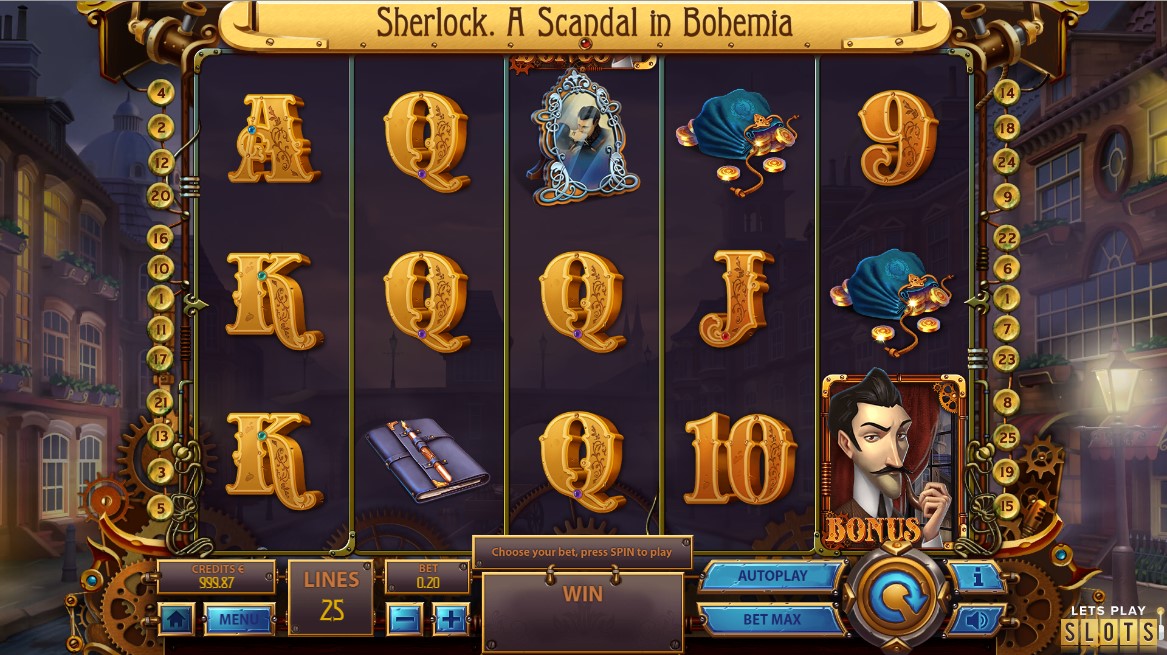 If you’re a fan of Sherlock Holmes, then this Tom Horn Gaming slot is sure to entice you from the get-go. You’ll be elated when you access it too, as it features some intriguing inbuilt perks, including the Newspaper Bonus Round, Paparazzi Bonus and more.

Best Casinos to Play Sherlock: A Scandal in Bohemia for Real Money :

There’s something about the whole Sherlock theme that really appeals to me. Potentially it’s due to being a fan of the novels. Yet, when slot games come out in such fine form as Sherlock: A Scandal in Bohemia has, I get exceptionally thrilled to play them. Tom Horn Gaming has certainly made sure to utilise high-quality graphics and instil a perfect storyline into the game. And then there’s the addition of appealing special feature rounds to play alongside the base game. All in all, this is one Sherlock game that really stands out for me. 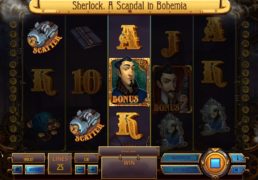 If you do choose to play this, you’ll be spinning five reels and three rows. This works quite nicely for me, as it’s a layout that is very familiar. Across this layout, the slot features 25 paylines for you to place your bets on, and these lines are fixed in place. You can, on the other hand, customise the stake that you place on these lines. The game provides you with bet options of anywhere between the minimum of €0.10 and €100 per spin.

The visual part of Sherlock: A Scandal in Bohemia is definitely one of its best features. With the high-quality graphics that the game integrates, as well as its appealing animations, you’ll surely be thrilled to play it. The symbols on the reels start off with the regularly seen playing card icons from 9 through to A. Following on from these, you will see symbols of a coin purse with money, which can pay out up to 12 times your stake. Then comes Sherlock’s diary and finally, a mirror, which is able to reward you with up to 25 times your bet as a pay-out. 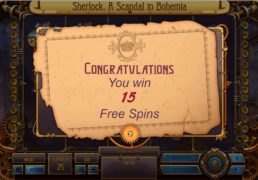 As well as the base game, I was perfectly thrilled to find some intriguing inbuilt specialities as well. The first of these features is the game’s wild symbol, which is present in the shape of the woman. As a wild, she will substitute for all other standard icons on the reels, helping to create winning combinations.

There’s also the addition of the scatter symbol, which is the padlock. This one is able to provide you with the free spins round, which happens whenever three or more show up in any location on the reels. Up to 20 free spins can be garnered from the appearance of this symbol.

The symbol of Sherlock himself acts as this slot’s bonus trigger, with three or more of them activating the Newspaper Bonus round. There are six options in this bonus game and each option represents a specific multiplier value. The bonus round will finish when a compromising photo shows up in the newspaper. At this point, all the multipliers found in the bonus round are added up and your stake is multiplied by the total.

Lastly, the King of Bohemia is the second bonus symbol, and three or more of this one showing up will trigger the Paparazzi Bonus round. This feature comes with four levels and increasing multipliers on each level. If you reveal a paparazzi photographer, the round ends. 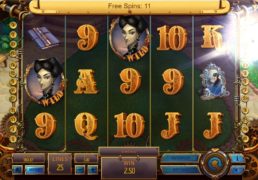 I’m quite the fan of Sherlock: A Scandal in Bohemia. It has so many intriguing parts to it, from its supreme graphics through to its special feature rounds and even its base gameplay. Tom Horn Gaming has certainly hit it right out of the park with this slot, ensuring that you have a thoroughly entertaining time.

If you’re a fan of Sherlock Holmes, then this Tom Horn Gaming slot is sure to entice you from the get-go. You’ll be elated when you access it too, as it features some intriguing inbuilt perks, including the Newspaper Bonus Round, Paparazzi Bonus and more.

Hurray! There is a competition going between users of our site!
You have to do nothing, but browse out site, and win a daily prize. Click here to read more.
You current ranking:
Time Left: 12h 20m 56s
Gambling is for 18+ though some countries may have other restrictions...Remember you should always Gamble Responsibly
We use cookies to ensure that we give you the best experience on our website. If you continue to use this site you agree to allow us to use cookies, in accordance with our Terms & Conditions.Agree & Close