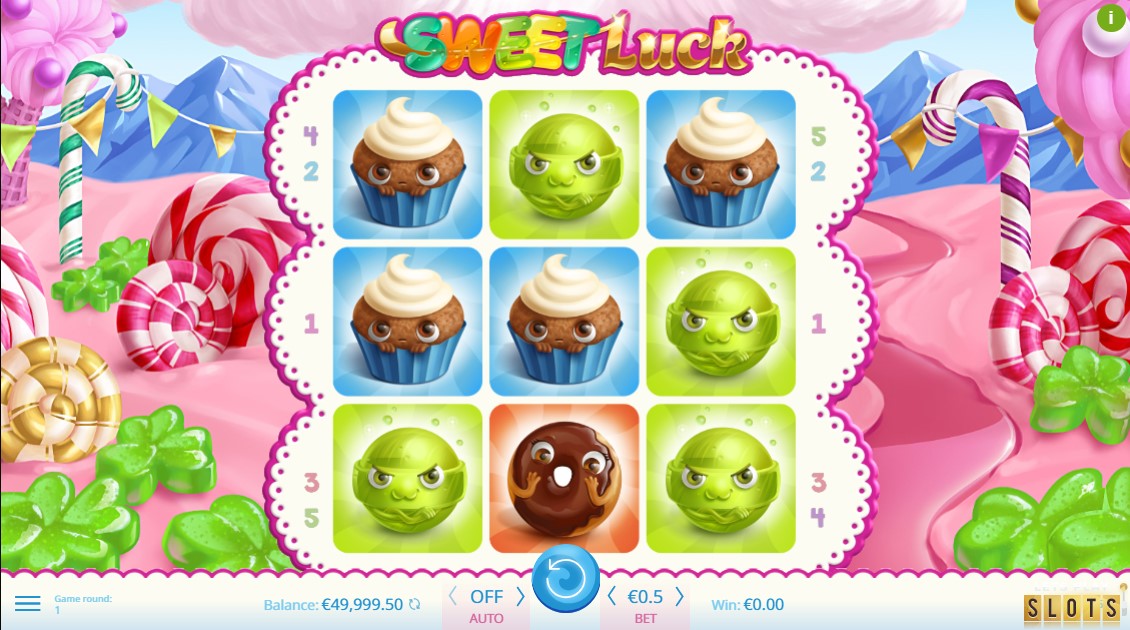 Candy is the aim of the game in this Amazing Gaming slot offering. Let’s find out if Sweet Luck will come your way when you spin its reels. It contains super high-quality graphics, Free Spins and intriguing gameplay throughout.

Candy and sweet treats are two of my favourite things to indulge in, so when they become part of an online slot game, I’m certain to be right there to check it out. Sweet Luck from Amazing Gaming is one such slot, which has some impressive graphics to appeal to you from the moment you load it up. It’s also got a pretty sweet-sounding piece of music playing while you spin its reels, providing you with a more entertaining time. 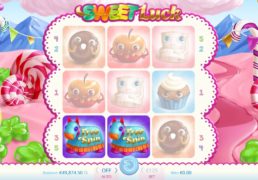 The layout of Sweet Luck comprises three reels and the same number of rows. Across this setup, you’ll have the opportunity to wager on up to five paylines. Speaking of your wager, you also have the possibility of selecting one that suits your own balance. Sweet Luck features line bet options of between €0.01 and €25. You can also alter the number of active paylines, but with all in play, you’re able to place a maximum overall bet of €125 per spin.

You’re able to see various candies on display in the background of the slot, and several more appearing as symbols upon the reels. There’s a symbol of some pink jelly, which provides pay-outs of up to €125. A green candy is next, while a muffin also appears as a symbol. Then comes a donut, which can provide rewards of up to €625. There’s a minty-looking candy as well, while a piece of candy corn also appears. The highest-paying symbol on the reels though, is the toffee apple, which can provide pay-outs of up to €2,500. 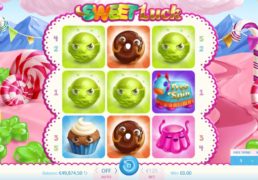 The Sweet Luck game only has a single inbuilt special feature, which was a slight disappointment to me, I have to admit. Fortunately, the inbuilt bonus feature is a free spins round.

You’ll be able to trigger the free spins function by bringing two or more of the piñata symbol into view on the reels anywhere. There will be a total of five of these given to you, while if you spin the same scatter symbol into view during this round, additional free spins are provided on top. 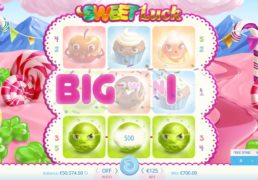 Can it be considered Sweet Luck to have come across this Amazing Gaming slot? Well, yes, in a way. The graphics and overall gameplay are very highly developed and smooth. The game just tends to lack a little bit in terms of the extra features that could have been added to it. Sweet Luck isn’t a bad game, it’s just that it could have so much more to trigger.

Candy is the aim of the game in this Amazing Gaming slot offering. Let’s find out if Sweet Luck will come your way when you spin its reels. It contains super high-quality graphics, Free Spins and intriguing gameplay throughout.

Hurray! There is a competition going between users of our site!
You have to do nothing, but browse out site, and win a daily prize. Click here to read more.
You current ranking:
Time Left: 5h 30m 37s
Gambling is for 18+ though some countries may have other restrictions...Remember you should always Gamble Responsibly
We use cookies to ensure that we give you the best experience on our website. If you continue to use this site you agree to allow us to use cookies, in accordance with our Terms & Conditions.Agree & Close