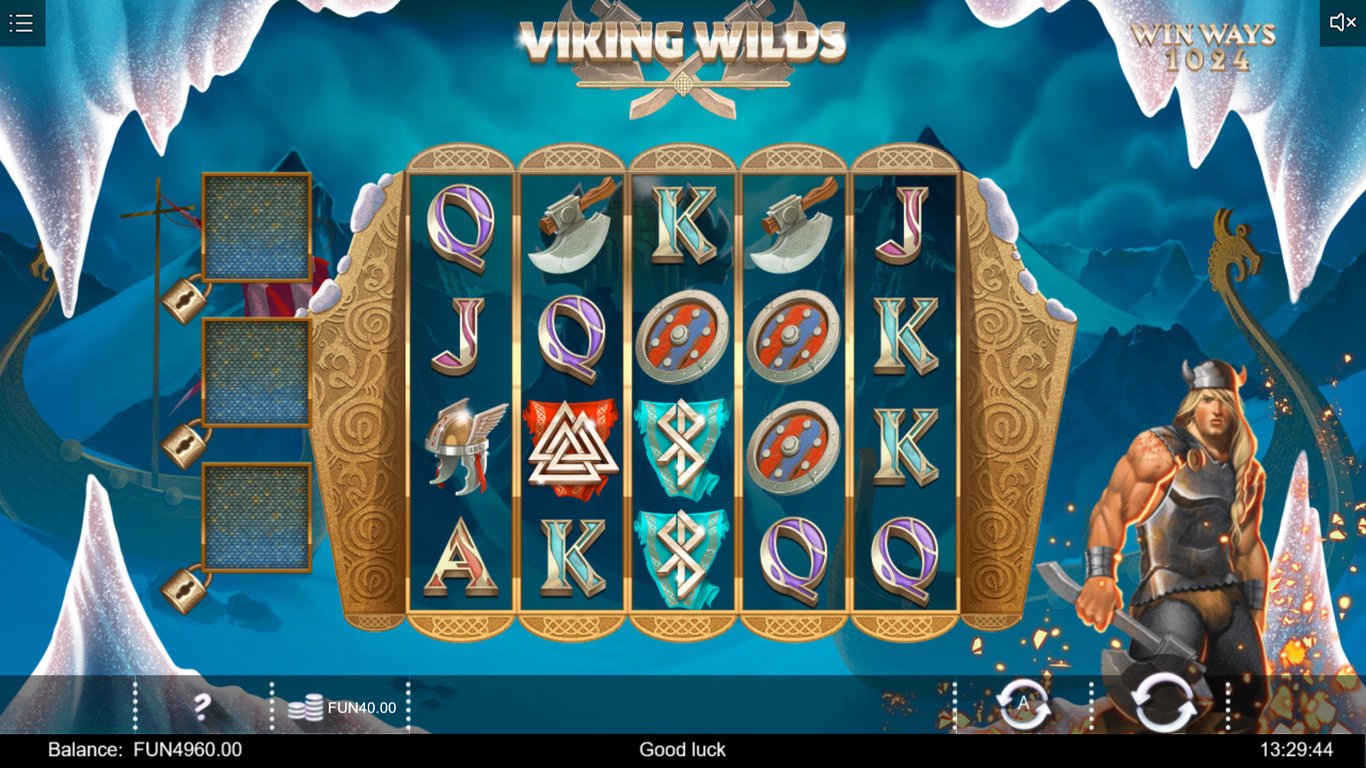 Viking Wilds is a slot game by Iron Dog Studio that features tumbles, expanding reels, three different Wilds, and a free spins game with up to 18 free spins and a starting multiplier of x4, with some more multipliers when you land Wilds!

Viking Wilds is yet another in the long line of Viking themed slots, but it’s not a bad one, so if you’re a fan of the genre you might want to give this slot game a closer look. It might be a tricky one to play at first, but as you get used to it you’ll learn to play it. That’s what happened in my case, and I needed several hundred spins to finally understand the game and see the bonus features as they really are. 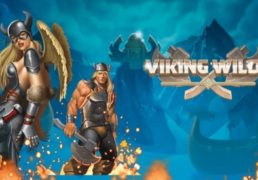 You always pay 20 coins per spin, and the total bet per spin can be from €0.20 to €50. To calculate the winnings in the paytable according to your bet, you must multiply the coin win by your coin size. So, if your bet per spin is €1.00, that’s 5x more than the €0.20 minimum. Three Shield symbols award 5 coins, so your win would be 25 coins, or €0.25. This is a bit clumsy but after a while you should get a feel for how much is each symbol paying. The maximum win in the paytable is 100 coins, which is in fact 5x your total bet, and this paytable is one of those that will constantly be issuing wins smaller than your bet.

Every time you land a win, the winning symbols will disappear and the new ones will fall from above, and this is called a tumble. Wilds have a higher chance of appearing on tumbles, and they appear on reels 2, 3, 4 and 5, same as the Expanding Wild that lands occasionally. There is also a Sticky Wild on reel 3 that sticks between tumbles. Reels can randomly expand, which can increase the number of ways to win up to 3125. 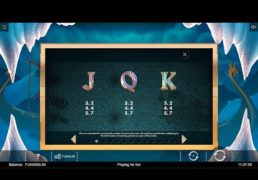 Theoretical return to player (RTP) of Viking Wilds is 96.06%, which is decent, and it won’t be a reason to play this game but won’t be a reason to stay away either. You’ll make up your mind based on the game mechanics as you’ll either love it or hate it. This game is a bit imperfect as it does some things different than the standard, so the game won’t be liked too much by players who prefer the familiar stuff. In any case, variance is high and you’ll probably need to play for a long time to make this game pay, though there’s a chance you might get lucky on your first spin. 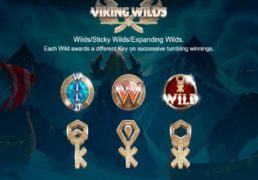 This game offers a lot. The win multipliers are the most attractive thing in the game, and if you trigger the free spins with a large enough win multiplier you’ll definitely win big, but even if you only got a x1 starting multiplier you can still reach great heights if you land enough Wilds during the feature. This game can pay well even if it will frustrate you during the base game, it’s definitely worth playing for real money.

Viking Wilds is a slot game by Iron Dog Studio that features tumbles, expanding reels, three different Wilds, and a free spins game with up to 18 free spins and a starting multiplier of x4, with some more multipliers when you land Wilds!

Hurray! There is a competition going between users of our site!
You have to do nothing, but browse out site, and win a daily prize. Click here to read more.
You current ranking:
Time Left: 16h 1m 34s