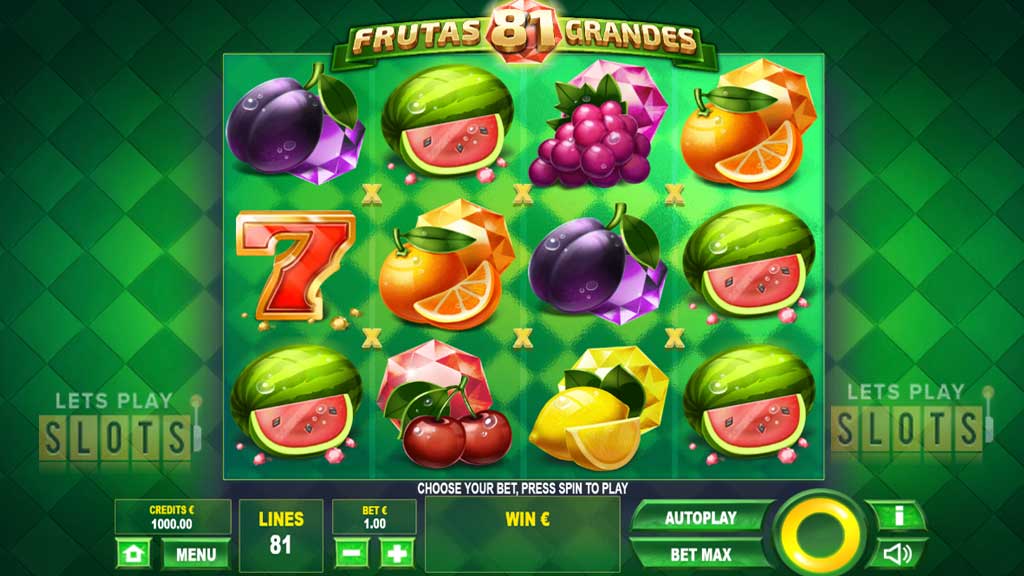 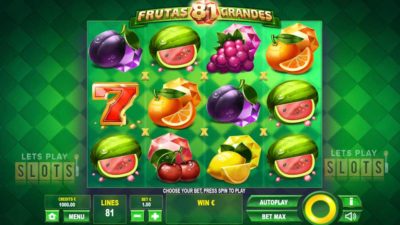 A number of slot developers this year have started coming out with fruit themed slots which used to be very popular in the past.

It appears that the market is having a bout of nostalgia and developers are eager to go back to the classic fruit machine slot games. Tom Horn Gaming is the latest developer to do this and has come out with “81 Frutas Grandes“.

Players will find some great 3D graphics and bright colors dominating the screen. The game uses a classic look with a modern design to draw players in.

The central grid of the game dominates the screen which has a green background and features four reels and three rows.

81 Frutas Grandes has 81 paylines for players to work with and gives them a good chance of winning. The maximum jackpot for this game is fixed at $32,000 which is a pretty good payout.

You will find all of the popular fruit symbols in this game such as plums, cherries, oranges, grapes, lemons, and watermelons. Then there are special symbols like bells and red sevens. The number 81 in diamond is the game’s Wild. The lucky red seven is the most rewarding regular symbol with a 60x payout for a full line.

The game’s betting range starts out at $0.50 and goes all the way up to $100. Most fruit themed games usually have a low minimum bet of $0.10 but 81 Frutas Grandes makes it difficult for low stakes players to keep spinning the reels with its $0.50 minimum bet. However, high rollers will love the high $100 maximum bet.

81 Frutas Grandes does not have any fancy bells and whistles like a lot of modern slot games. However, the game does have some nice extra features that should keep players interested in spinning the reels.

The Wild symbol can substitute for all other symbols and also has multipliers attached to it. Starting with x2, then x4, with a maximum of x8, players can see their prize money go up in value quickly. The biggest multiple is only active when a payline has three wilds.

Players can also use the gamble option. Every time they win, players are offered a chance to play a card game. If they win they double their winnings. If they lose, they lose everything. 81 Frutas Grandes has an RTP of 95.12 percent.

Hurray! There is a competition going between users of our site!
You have to do nothing, but browse out site, and win a daily prize. Click here to read more.
You current ranking:
Time Left: 5h 33m 54s