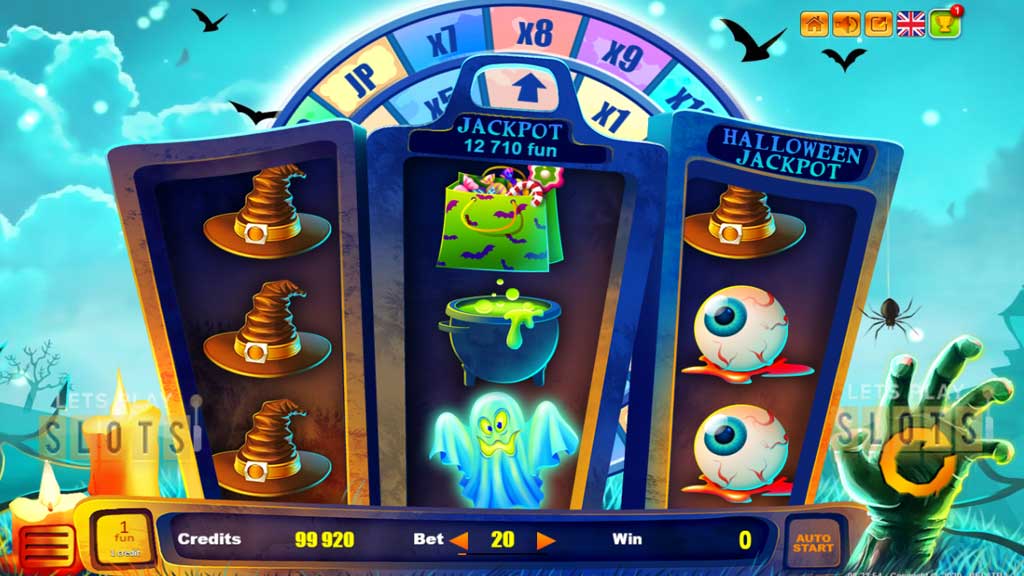 Belatra Games Lets You Get Spooky With “Halloween Jackpot” Slot 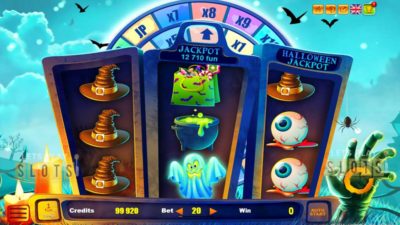 Halloween is just around the corner and slot players are looking forward to the release of many themed slots based around the holiday. Slot developers come out with different angles such as horror slots, pumpkin slots and Halloween candy themed slots.

Belatra Games has decided to adopt a more whimsical approach. Their new slot game is more of a fun romp as the cartoonish graphics indicate. In this game, players are taken to a graveyard and presented with three coffin reels. It doesn’t look frightening but it does its job of presenting the theme.

The first thing that players will notice with this game is that it has a pretty small game area. The grid only has three reels and three rows. The visual design of the game makes it look fun though with various Halloween quirks like zombie hands, bats and spiders. The grid only has five paylines.

Players can wager from 20 to 5,000 coins. Considering the high volatility of the game, even the small wagers might bring in big results. There are several symbols in play and all are thematic. Players will need to match bats, cauldrons, candy bags, eyeballs, and witch hats for the low-paying symbols. The more valuable symbols include ghosts, mummies and pumpkins. The two big earners are the pumpkin and the ghost symbols. They can reward 500,000x on the highest wager. The lowest that players can get from them is 800x.

Unlike normal slot games, players will have no access to wilds or scatters in this game. This might be because it is more of a traditional slot game and all of the classic slots did not have any of those.

What it does have is its special jackpot feature. Players have a chance at the big prize if nine of the same symbol lands on the reels. When this happens, the wheel of luck will appear and players are given a chance at spin. The wheel mainly gives multipliers. They range from 1x to 20x. But it also has a big jackpot of 1,530,000x which is an impressive prize to try and score.

Players can also have a chance at a bonus with a card game. When players win a combination, they have a chance to play a card game. They have to guess whether the face-down cards are either red or black. A good guess doubles the winnings and it can happen up to five times.

Overall, this is a nice fun game that is a must spin for players looking at Halloween themed games.

Hurray! There is a competition going between users of our site!
You have to do nothing, but browse out site, and win a daily prize. Click here to read more.
You current ranking:
Time Left: 5h 14m 56s