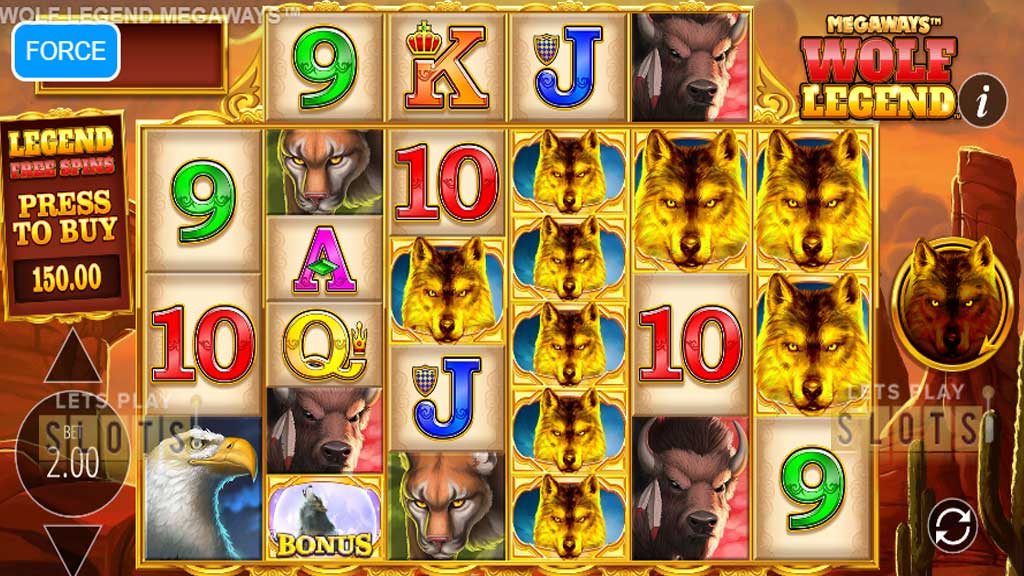 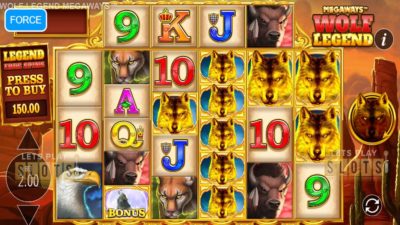 Blueprint Gaming is taking people into the wild with their latest slot offering titled ‘Wolf Legend MegaWays’. Players are taken into the wilderness of North America and will encounter numerous animals in their quest to survive. A high-volatility slots game, players will have a chance to win up to 50,000 times their original stake in a single spin.

Blueprint Gaming borrowed the MegaWays game engine from Big Time Gaming to implement in this game. So players will immediately notice the seven rows in play and six reels. With more symbols being displayed, there are a lot more chances of winning. There are 117,649 ways to get a winning combination in this setup which should be attractive to most players.

If you have played the Buffalo Rising MegaWays, which was also made by Blueprint Gaming, then you will find the visuals of this new game rather familiar. With the wilderness in the background, the symbols will be spinning around until they stop. The game’s low-value symbols are the traditional cards starting from the nine to the ace.

There are more valuable symbols and they come in the form of the bison, American eagles, big cats, and golden wolves. The most valuable symbol in the bunch is the wolf symbol, with players getting up to 50 times their stake, if they get six wolves in their winning combination.

The basic game is fun to play but Blueprint Gaming has also made thing more enjoyable by mixing in some special features. For one, there is the wild wolf symbol which can act as all other symbols except the scatter symbol. Combined with the frame mystery symbol, which hides a symbol until it is revealed, there is a lot more excitement brought into the game.

The game also features the cascading symbols feature. This allows players to get more out of their wins as new symbols drop down when a winning combination is removed. The howling wolf symbol is the scatter and scoring them will activate the Golden Streak feature, which is essentially free spins. The scatters are locked into position and more get locked in as they appear.

When more scatter symbols show up, more free spins get credited. When players are done with their Golden Streak, they are asked to make a choice. They can either play with the free spins they won or they can try to get more lives and another Golden Streak. Players are returned to the basic game if they end up losing all their spins.

This MegaWays slot game is for players who want to win big. High rollers should try it out when it hits their favourite online casinos.

Hurray! There is a competition going between users of our site!
You have to do nothing, but browse out site, and win a daily prize. Click here to read more.
You current ranking:
Time Left: 12h 20m 53s
Gambling is for 18+ though some countries may have other restrictions...Remember you should always Gamble Responsibly
We use cookies to ensure that we give you the best experience on our website. If you continue to use this site you agree to allow us to use cookies, in accordance with our Terms & Conditions.Agree & Close