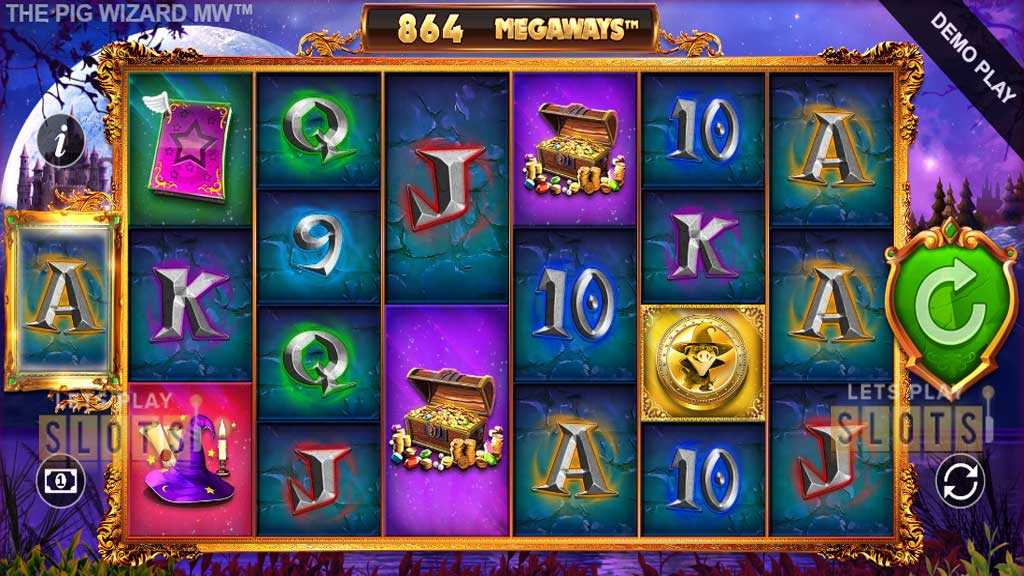 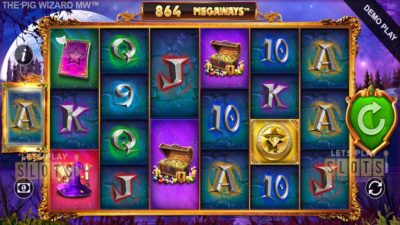 There are some slot games that really go out of their way to create a unique experience for their players. Blueprint Gaming is going in that direction with their latest offering.

The Pig Wizard features a heroic pig out to fight evil with his magical ways. The idea behind it sounds ridiculous but Blueprint Gaming makes it work with great graphics and a nice soundtrack. “The Pig Wizard: MegaWays” has great gameplay which should keep players coming back for more spins!

Most players will find it a little ridiculous to spend their time playing with a pig. However, Blueprint Gaming has done an exceptional job with this unique theme and players should try it out.

Players are welcomed to the game as they fix their sights on a castle with a full moon overlooking it. The game has six reels and can potentially give players up to 15,625 ways to win. To make things more interesting, it works with the MegaWays engine.

The A, K, Q, J, 10 and 9 card symbols are used the low-value symbols in this game. For more valuable prizes, players must aim for spellbooks, treasure chests, wizard hats and gold coins. The gold coins are the most valuable of them all, with six of them being able to reward players with 10 times their stake. The game also features a wild symbol that can act as all other symbols except the scatter.

The game also benefit from some fun features that are included. For example, Mystery Mirror modifiers are activated randomly during each base game spin. There are three of them on offer.

First is the Spinnus Repeatum feature. This is triggered when the symbol in the mirror matches the winning symbol. Players get a respin that can add new symbols to the current combination. Next is the Magical Win Spin feature. Players can get mystery symbols or wilds added to the reels. Finally, the Winnus Revealo feature has the Pig Wizard appear and change a losing spin into a winning one. Players can also upgrade an existing win with this feature.

Overall, the game is very high variance and there is a good chance for big payouts!

Hurray! There is a competition going between users of our site!
You have to do nothing, but browse out site, and win a daily prize. Click here to read more.
You current ranking:
Time Left: 12m 44s