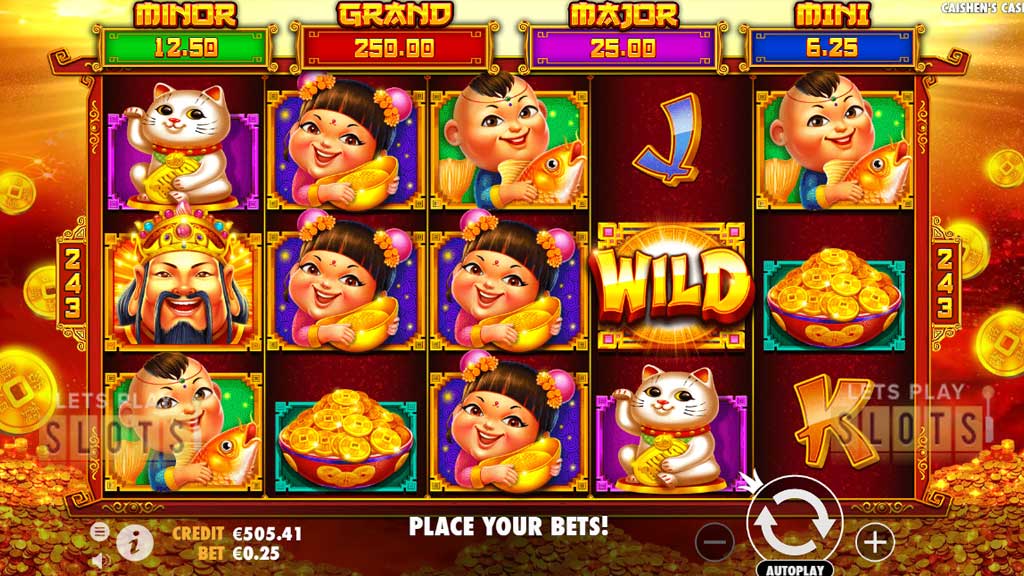 ‘Caishen’s Cash’ To Give Slot Players A Crack At Prosperity 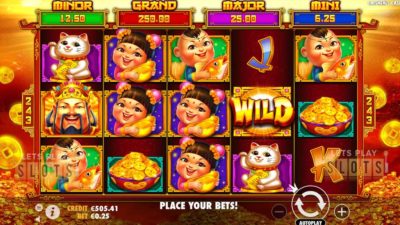 The Chinese God of Wealth and Prosperity is ready to shower you with his rewards in the new slot game from Pragmatic Play.

One of the most well-known game developers out there, Pragmatic Play has created a fun little game called Caishen’s Cash that will be sure to amuse many players who like Chinese-themed slot games.

When players start this game, they are greeted with a bright screen filled with gold coins. All that gold is a good sign since there will be five reels and 243 ways for players to win in this game. Chinese music plays in the background and it will get players in the mood for things to come.

The game wants players to score winning combinations, whether they are low-value or high-value. The low value symbols are the A to 9 royal card symbols. However, you will want to score the more valuable bowl of gold coins, the girl holding a golden pot, the waving cat, and the boy with a goldfish.

The most valuable symbol in the game is Caishen, the God of Wealth. Players who get five of him on a payline will get six times their stake. Additionally, the wild symbol can appear in the middle three reels. This increases the chance of winning since it can act as any of the standard symbols.

The symbol that you want to score though is the golden money symbol. This is because it activates the bonus features. Players just need six of these symbols to appear for the bonus to be activated. First, there is the Free Spins feature. Players get eight free spins with only high value symbols involved. Besides this, all the coin values are added from the triggering spin. When a wild lands onscreen, the value is awarded to the player.

Second, players can randomly get the Money Respin feature. The game replaces the current reel with a new one. On this reel, only coins and blanks appear. The coins are of different colours of gold, green, and blue. Each colour has a different bonus. The gold coins lock in position, green awards the coin value from the triggering spin, and blue awards players the total value of all gold and green coins.

Finally, there is a chance that the Jackpot feature gets activated when the wild is part of any scoring combination. Players randomly pick what reward they get, with the grand jackpot being 1,000 times their stake.

Overall, this game from Pragmatic Play offers players a fun time and is worth a try when it is formally launched.

Hurray! There is a competition going between users of our site!
You have to do nothing, but browse out site, and win a daily prize. Click here to read more.
You current ranking:
Time Left: 33m 49s