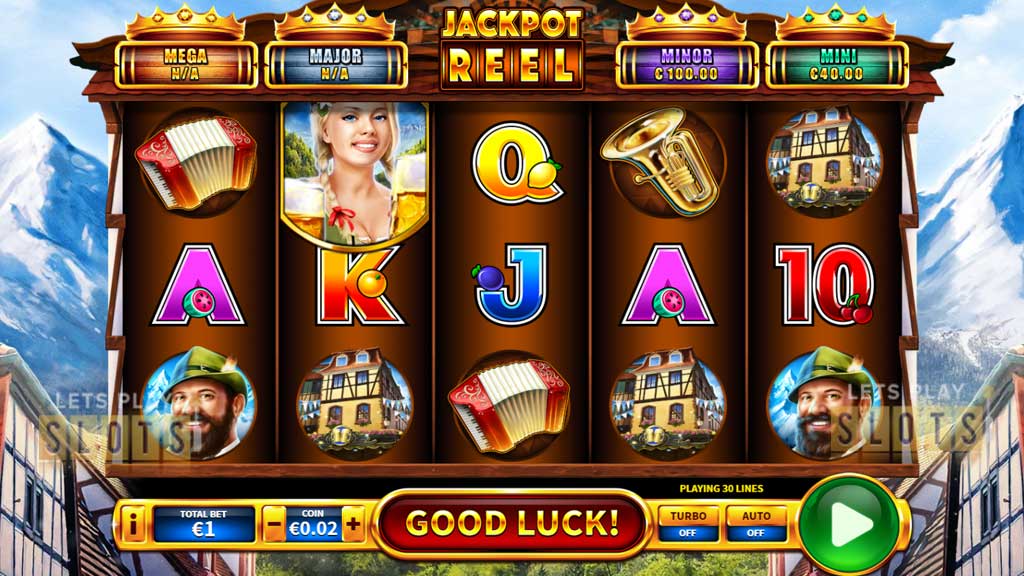 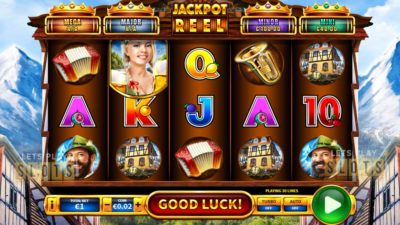 There is nothing like the polka to get the spirits up. This drinking dance originated in the Czech Republic and has quickly spread to many parts of the world. The upbeat music is what convinced the developers at Skywind to make it the main theme behind their latest slot offering titled the “Polka Reel” which part of thier Jackpot Reel collection.

Players are taken to a traditional village in Eastern Europe, with mountains and forests spread out in the background. There are also beautiful wooden houses to showcase the town’s European heritage.

The grid is presented in the middle of all of this. Since this is a Polka Reel, players will be hearing the active sounds of the polka as they play.

The grid is the standard five reels and three rows. There are 30 fixed payline for players to win. Players can bet a small amount like 50 cents or they can go all the way to 250 euros. Thanks to the HTML5 technology behind it, players can enjoy it on various mobile platforms with no problem.

The game features various polka symbols as the main winning symbols. This ranges from musical instruments to beer. A blonde lady and a mountain man are the most valuable symbols in the game.

The game is pretty relaxing, with the polka tunes in the background. Players could potentially fall asleep to the hypnotic melody of the polka and the tempo of the game. But there’s no reason to be bored with the game. The game has a Free Games feature that kicks things into a higher gear.

Players will need to score the blonde lady, which is the game’s Scatter symbol. Three or more of her will trigger the free spins to happen. Players will get eight free spins that have extra Wild symbols for players to get wins with. The great thing about it is that while playing the free spins, players can trigger it again. All they need is two Scatters and eight more spins are theirs.

Another bonus feature is associated with the reel symbols. Players who fill the grid with the symbols will be able to trigger the Money Reel feature. Players then get to spin the grid several times and they can get all the various prizes earned. Lucky players might also score the Jackpot Reel, which has four levels: Mini, Minor, Mega, and Major.

Overall, this nice little game from the Czech Republic deserves a few spins.

Hurray! There is a competition going between users of our site!
You have to do nothing, but browse out site, and win a daily prize. Click here to read more.
You current ranking:
Time Left: 2h 57m 48s