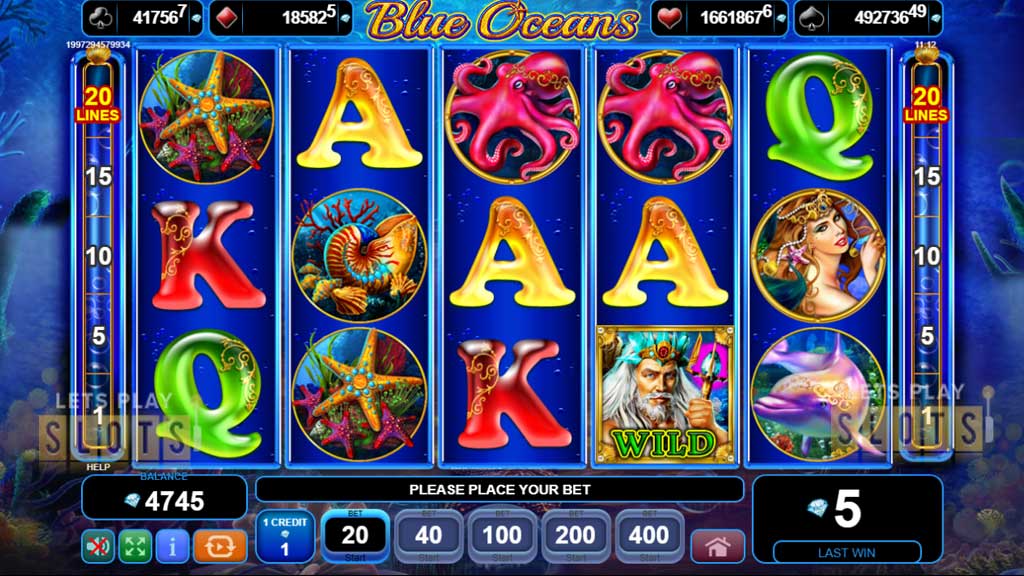 Dive Into The “Deep With Blue Oceans” With EGT Interactive 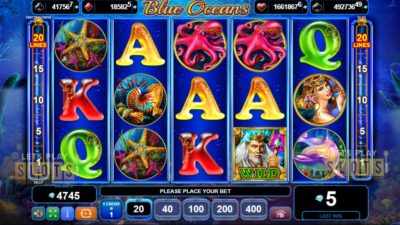 The mysteries of the deep will always be fascinating as they can never be fully explored. EGT Interactive is using this as the theme for this latest slot called “Blue Oceans“. This game takes players to the depths of the ocean to seek out some of the treasures beneath.

The developer has done a good job in bringing this game to life as the graphics are crisp and the gameplay is interesting.

The game’s grid dominates the blue setting while there are some coral and water plants in the background. There are five reels and three rows to play along with 20 paylines. The game has an interesting set of symbols that will provide players with a good range of wins.

There are the card royals, which have the lowest value. Then there are the various thematic symbols. This includes seashells, starfishes, sea horses, octopi, dolphins and a mermaid. There is even a special symbol in the form of Neptune, God of the Ocean. He acts as the game’s Wild and Scatter symbols. The mermaid is the most rewarding basic symbol, paying out 250x when players score five of them on the payline.

Player bets are a bit limited. The minimum bet is at $0.01 which is great for those players that have a low bankroll and want to play a game where they can keep spinning the reels. However, the max bet is limited to $40 and hence high rollers are not going to be playing this game a lot.

Blue Oceans has some pretty cool special features. Neptune as a Wild appears on all reels and can pay out 200x, which can give you a decent payout depending on the size of your bet. But the real bonus from scoring Neptune is that it can trigger a special feature since it is also a scatter symbol.

Players who land three or more of Neptune anywhere on the grid will get ten free spins. Before those spins, the game will randomly choose a premium symbol to become an Extra Wild. That is not all, when the symbol does appear, it will expand to cover the entire reel, allowing for major wins. Players will also get the chance to win a progressive jackpot. The RTP for this game is at 96.06 percent.

If you like the idea of searching the deep blue Ocean for treasures, go ahead and give this game a few spins.

Hurray! There is a competition going between users of our site!
You have to do nothing, but browse out site, and win a daily prize. Click here to read more.
You current ranking:
Time Left: 16h 8m 52s