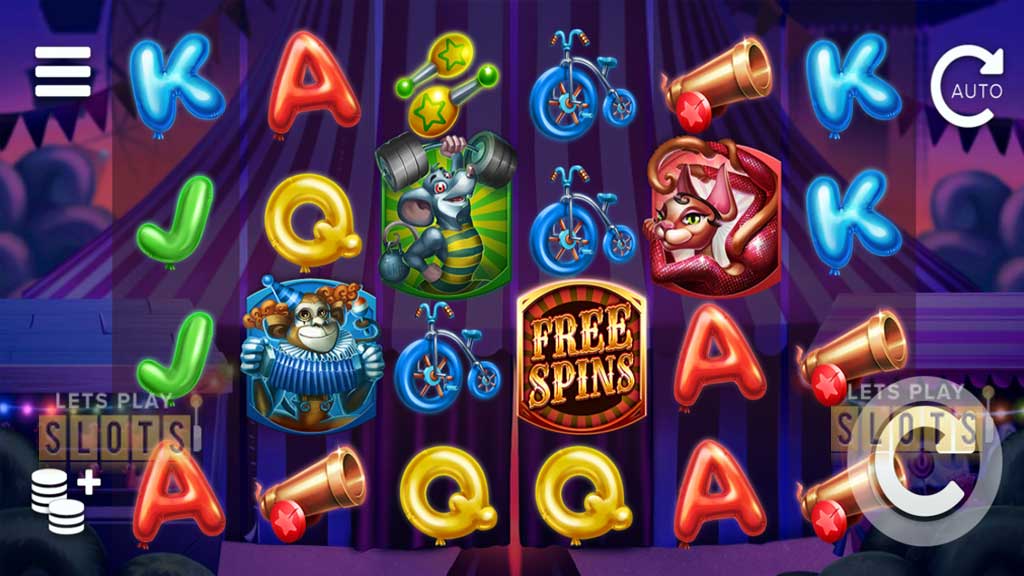 Elk Studios Lets You Win Big At The “Respin Circus”

ELK Studios has released a number of unique themed slots and their latest release follows this trend.

Their new slot is called the “Respin Circus” and it takes players to an animal circus where they can have lots of fun. Featuring some really great graphics and a rousing soundtrack, players will be enthralled with this new game.

Players will be greeted by the vibrant colours and sights of the circus but what they will really enjoy is the fantastic gameplay on offer.

Featuring 6 reels, 4 rows and 64 paylines, this game is playable on all devices.

The symbols present in the game include the low-value A, K, Q, and J royals. Players will aim for the more valuable cannons, bicycles, maracas, contorting cat, strongman rat, and monkey clown.

The symbol that you will have to look out for is the rabbit magician. This is because it is the wild symbol that substitutes for other symbols except for the free spins symbol. It will show up on all of the reels apart from the first. When it appears, there is a random chance that one of its special features activates. It can either give a 2x, 3x or even 4x multiplier with tap on its hat or it can expand to cover the whole reel.

The real draw of this game are the special features. One of them is the Respin feature. When players get a winning combination, the symbols that activated it are left on the reels along with identical symbols and wilds. Players then get a respin. They can also upgrade existing symbols if they get some of the higher value symbols.

The game also features a Free Spins Bonus feature. This is triggered when players get 3 free spins symbols anywhere on the reels. Players are then rewarded a golden ticket and they get respins along with the sticky free spins symbols. When no more free spins have landed, they get as many free spins as the symbols they earned, up to 24.

Now players get to play free spins. Any free spins symbol that shows up adds to their free spin counts. Additionally, the Respin feature is active. The wild rabbit will now also give 4x multipliers besides expanding wild reels. Players will have a chance to win big this way. Overall, Respin Circus is a fun time with potential payouts of 2,500 times a player’s stake

Hurray! There is a competition going between users of our site!
You have to do nothing, but browse out site, and win a daily prize. Click here to read more.
You current ranking:
Time Left: 5h 19m 46s
Gambling is for 18+ though some countries may have other restrictions...Remember you should always Gamble Responsibly
We use cookies to ensure that we give you the best experience on our website. If you continue to use this site you agree to allow us to use cookies, in accordance with our Terms & Conditions.Agree & Close