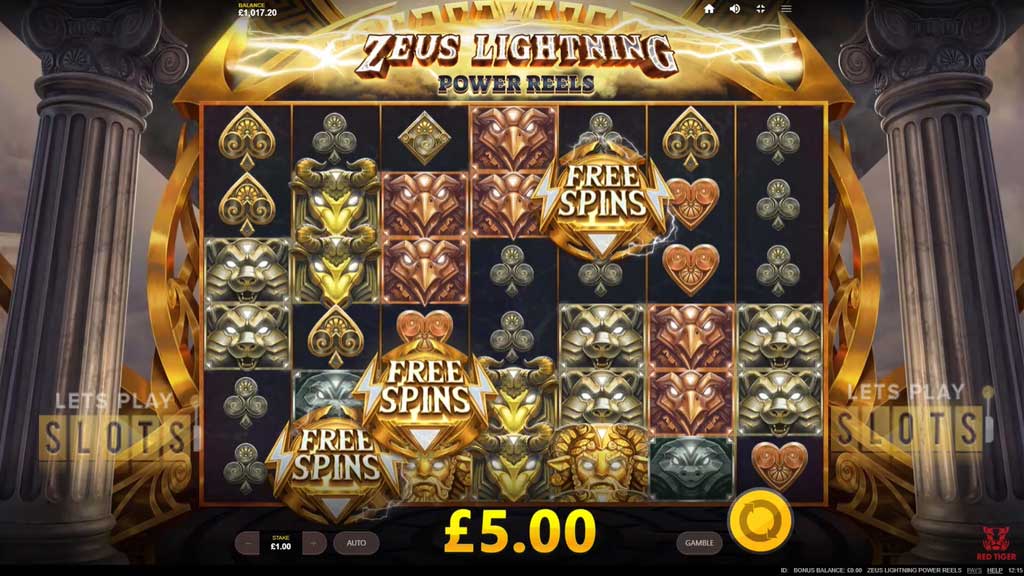 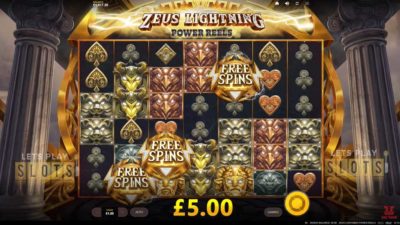 Zeus is one of the most famous gods in Greek mythology and slot developers have a fascination with using Zeus in their Greek themed slots. Red Tiger Gaming has decided to add Zeus to the popular Power Reels series for this reason. The latest offering in the series is known as “Zeus Lightning Power Reels” and has all the effects to be the best in the series.

Players start this game at Mount Olympus which is the home of Zeus. There are temples all over the background and the Ionian columns are at the sides to emphasize the theme. The soundtrack is very appropriate to the setting and players will quickly get into this theme.

The game provides players with an interesting grid of play. There are seven reels and six rows, along with 30 paylines. The game’s RTP is also high at 97.31 percent which should encourage players to give this game a few spins.

Zeus Lightning Power Reels has nine symbols when it comes to the basic game. Four of them are the different card suits that give out low-value prizes. Players will want to score the more valuables symbols. This includes serpents, bulls, birds, bears and golden masks. The game also has two special symbols. One is Zeus acting as the game’s wild, while the free spins symbol is the game’s scatter. The game is very volatile so players have a pretty good chance of winning big.

The game has quite a few special features that make it rather interesting. For one, the Zeus symbol does not appear alone. It will show up three tiles high, which makes it easier to win. Besides that, Zeus interferes in other ways. There is the Expanding Lighting feature. Zeus randomly throws lightning at the play grid and when they hit a symbol, it expands. This can lead to increased chances of winning.

Overall, this game will provide players with a fun experience. If you have never tried out Power Reels slots before, Zeus Lightning Power Reels is a great one to start!

Hurray! There is a competition going between users of our site!
You have to do nothing, but browse out site, and win a daily prize. Click here to read more.
You current ranking:
Time Left: 11h 37m 38s
Gambling is for 18+ though some countries may have other restrictions...Remember you should always Gamble Responsibly
We use cookies to ensure that we give you the best experience on our website. If you continue to use this site you agree to allow us to use cookies, in accordance with our Terms & Conditions.Agree & Close