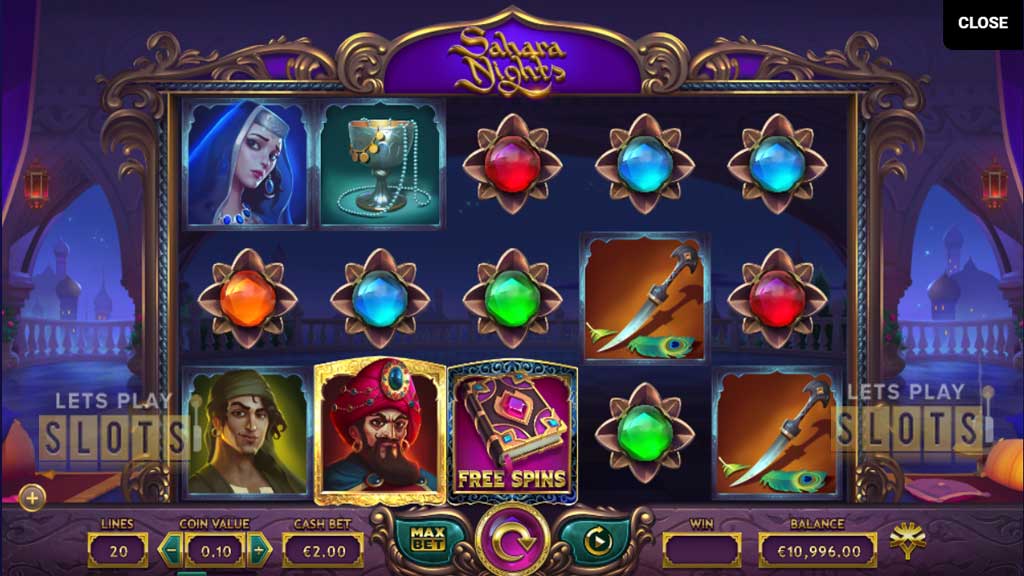 Experience The Magic Of “Sahara Nights” With Yggdrasil Gaming 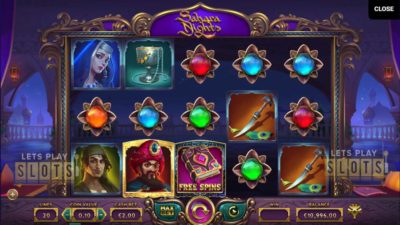 Yggdrasil Gaming has a habit of releasing new slot games with interesting themes. The gaming developer has done it again with its latest released called ‘Sahara Nights’.

This game features an Arabic theme combined with a great soundtrack to get players into a magic mood as they enter the Sahara desert.

Players are taken into the Sahara desert when they start this game and go into a beautiful temple. The game features five reels with 20 paylines.

Players are hoping to score winning combinations just like any other slot game. The game features a mix of symbols that are completely in line with the setting.

The game has low-value symbols in the form of orange, green, blue and red gemstones. The more valuable symbols are the jewel-encrusted goblets, swords and characters. The three characters are a princess, Aladdin and the Sultan. The most valuable symbol in the set is the Sultan. When players get five of him in a combination, they will get 175 times their stake.

There is also a wild symbol. It substitutes for all other symbols but not for the bonus symbols. It is the genie’s lamp and only appears on reels two, three, and four. When it appears, it can expand to take over an entire reel. This is a big help in scoring winning combinations.

Players can also trigger the Free Spins feature. The scatter symbol is the story book symbol and players need at least three to trigger the free spins. If a player gets five of them, they will be able to get 16 free spins plus 1,000 times their payout.

During the free spins, the wild symbol will automatically expand and lock in their positions. Besides that, when a player scores three wild symbols, they also get two additional free spins. Players will also get more free spins if they score more scatter symbols.

The really great thing about Sahara Nights is the expanding wilds. These create big payouts. Players who are really lucky can get 3,500 times their stake. Thanks to the free spins, players have a higher chance of winning because of the sticky wilds.

Overall, Sahara Nights is a medium to high variance game that will have players come back for more. Do give it a spin or two when it hits your favourite online casino!

Hurray! There is a competition going between users of our site!
You have to do nothing, but browse out site, and win a daily prize. Click here to read more.
You current ranking:
Time Left: 22m 18s