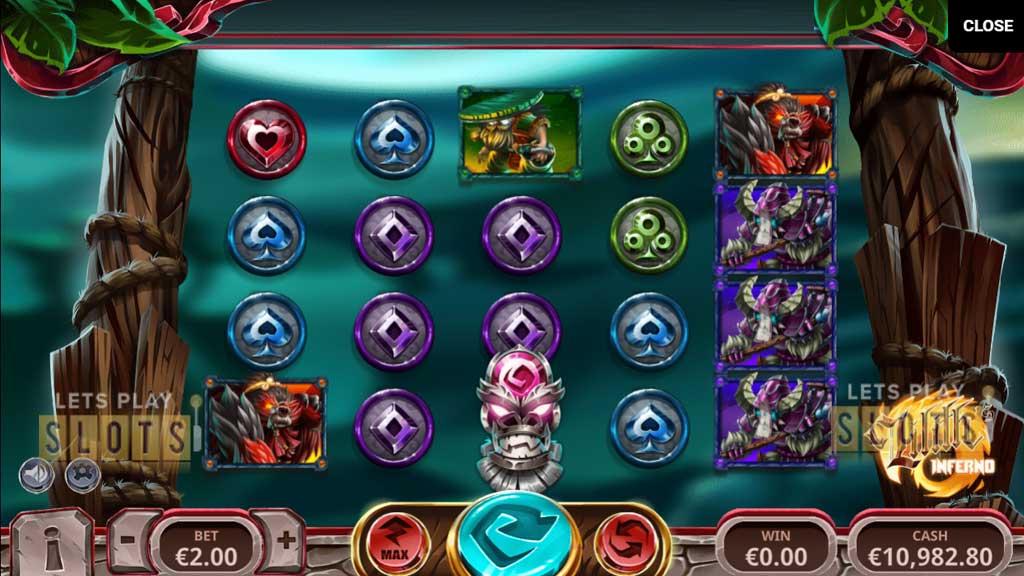 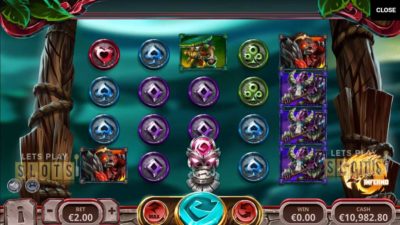 It’s time to feel the heat as Yggdrasil Gaming takes players to a flaming underworld in their latest offering.

“Lilith’s Inferno” not to get confused with ”
Lilith’s Passion Enhanced Edition” is a great-looking slot game that allows players to try their luck against the demons of the underworld. Yggdrasil Gaming has a reputation of coming out with some really cool slots and they deliver yet again with Lilith’s Inferno.

This latest offering takes players to the depths of an underworld on a quest to kill four gatekeepers. Players who can do so will be able to score epic wins. Lilith’s Inferno features five reels and 25 paylines, which is a standard for many slot games.

The goal of killing demons is achieved by scoring winning combinations. Players need to get at least three of the same symbol on a payline.

For low-value wins, players will hope to get one of the four card symbols: clubs, spades, diamonds and hearts. The four gatekeepers are also present, each in a different colour. The most valuable of them is the red one. Players who get five of it on a payline will get 24 times their stake. There is also the sword wild symbol which substitutes for all the basic symbols.

The real draw of the game is the Free Spins feature. This is triggered when players score at least three of the gorilla scatter symbols. Depending on the number of scatters scored, they will get multiple free spins. Three scatters will give between 10 and 20 free spins. Four scatters reward between 15 and 30 free spins. Finally, five scatters gives players between 25 and 50 free spins.

During the free spins, a new symbol is added to the mix. This is the fight symbol. When at least two are scored, the Fight feature is triggered where players have to fight a gatekeeper. Beating a gatekeeper will give players another wild during free spins. A player who ends up winning the fight will get two additional free spins.

Players who trigger the scatter symbol again during free spins, get an additional four free spins and a 3x multiplier. At the end of the free spins, players can get four extra wilds in play if they beat all four gatekeepers.

Overall, this is a very fun game that offers players a chance to winning big. Do give it a spin when it arrives at your favourite online casino.

Hurray! There is a competition going between users of our site!
You have to do nothing, but browse out site, and win a daily prize. Click here to read more.
You current ranking:
Time Left: 2h 26m 32s
Gambling is for 18+ though some countries may have other restrictions...Remember you should always Gamble Responsibly
We use cookies to ensure that we give you the best experience on our website. If you continue to use this site you agree to allow us to use cookies, in accordance with our Terms & Conditions.Agree & Close