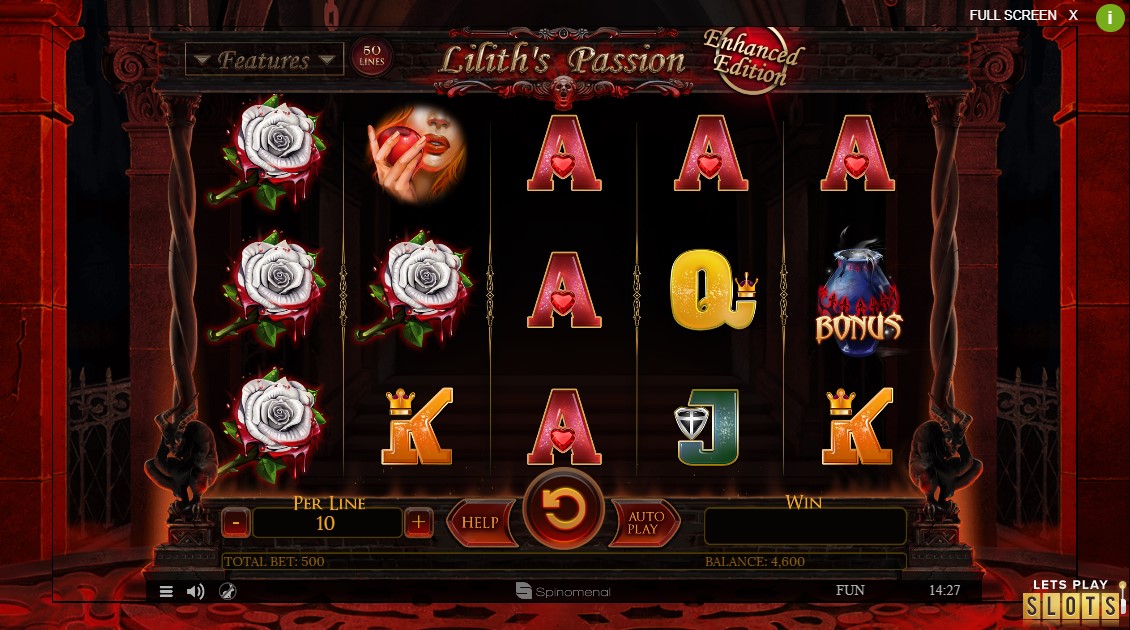 If you’re not familiar with her, Lilith is a female demonic figure coming from Jewish folklore. As I’m aware, she’s often depicted as being a demon of the night – one who steals babies in the darkness and is very sexually wanton. That side definitely comes across in this Spinomenal slot, which shows her as being almost vampiric in nature. The game itself is filled with high-quality features and graphics, which is something that will always capture my attention. 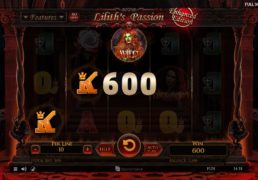 Accessing this Spinomenal slot game will allow you to spin through five reels and three rows. As well as this, the developer has chosen to give you a total of 50 paylines to place wagers on. And speaking of your wager, you have the option of adjusting this easily. At the bottom of the reels, there are plus and minus buttons. With these you can choose from bets between €0.01 and €10 per line. This means that the maximum overall bet in the game is €500 per spin.

Spinomenal has also included some impressive graphics throughout for you to see. Upon the reels, the symbols begin with the standard playing card additions, running from 10 to A. After these, there’s an icon of a chalice with wine in it. This can pay out up to 120x your overall wager. Then comes the symbol of Lilith with a red apple followed by a white rose splashed with blood. The heart symbol is the highest-paying standard addition, which can reward you with up to 200x your stake. 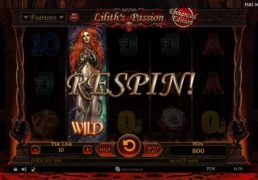 As well as the standard gameplay, Lilith’s Passion also incorporates some specialities, starting with a wild symbol. This is of Lilith herself, and it will substitute for all standard icons on the reels to help you create winning combinations. If three wild symbols appear on an entire reel, this will turn into a stacked wild which will then trigger a re-spin of the reels. The stacked wild remains in position for this re-spin.

The scatter symbol of the game is the urn image. Three or more of these showing up across the reels anywhere will activate the bonus feature round. In this, you pick different urns to reveal cash wins or additional picks and special rewards.

Furthermore, while the reels are spinning during base gameplay, you may see a Win Multiplier come into view of up to 5x. To add to this, a Mystery Symbol could show up in various positions. Once the reels stop spinning, all of these will flip to reveal one and the same symbol. 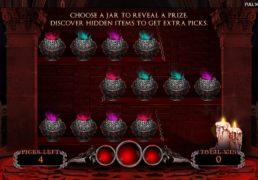 I thoroughly enjoyed spinning the reels of this game, I have to say. From its impressive graphics and animations through to the various inbuilt features, it makes for an appealing online slot from start to finish.

Hurray! There is a competition going between users of our site!
You have to do nothing, but browse out site, and win a daily prize. Click here to read more.
You current ranking:
Time Left: 20h 3m 51s