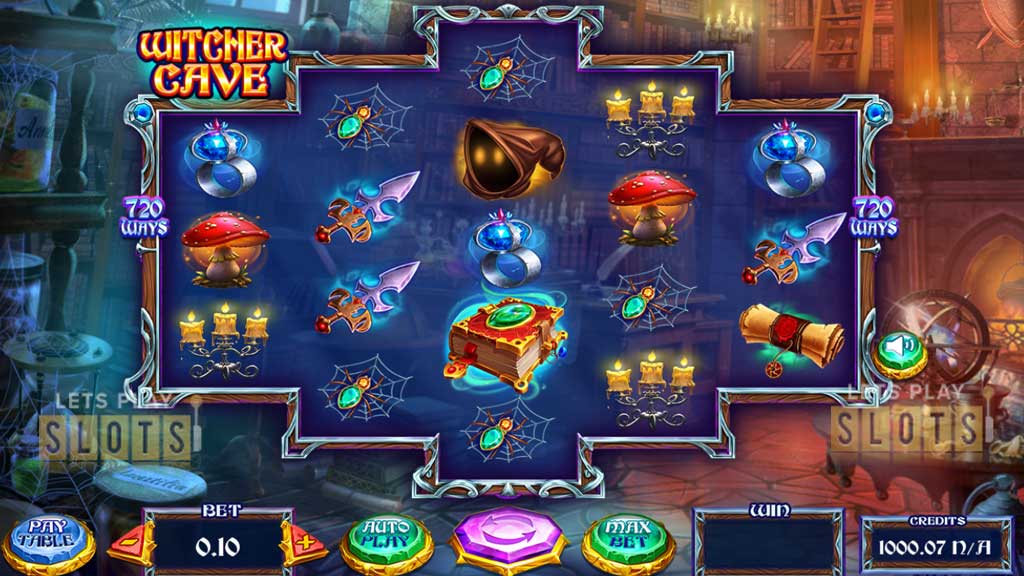 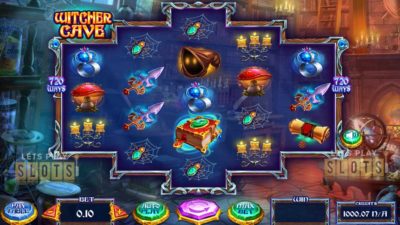 Felix Gaming has come out with a new slot that has a warlock theme. The slot is titled “Witcher Cave” and takes players to a warlock’s cave and they are presented with some tools of the trade.

The developer has done a good job with the graphics which will keep players glued to their screen.

The game has an interesting grid set up of five reels and irregular rows. The pattern is set to 3-4-5-4-3 which is very different from the normal grid and will get the attention of players.

The game registers a winning combination when adjacent reels have the same symbol. There are 720 ways to win with this setup and a max cash jackpot of $300 is on the line. While the max cash jackpot is rather low, players can make up for it by scoring multiple wins in one spin.

As for the game’s betting spread, it is very limited as players can only bet between $0.10 and $15. This betting range will work well for new slot players and those who have a limited bankroll. Players who are looking for big payouts, will not find this game very appealing.

The game’s paytable is very unique. All of the symbols are very thematic and come in the form of Mushrooms, Mysterious Scrolls, Magic Cauldron, Flasks, Magical Rings, Candles, Spiders and a Dagger. The most valuable symbol of them all is the Witcher who has his hood on and has glowing eyes. Witcher is another name for warlock.

Players are presented with a chance to win big bonuses as they trigger the special features. The Wild symbol is one of them but it lands only on reels 2, 3, and 4 and it can replace any other symbol to complete a winning combination. The other special feature is the free spins feature.

Players activate this when they score three or more Grimoire scatters. When this happens, they get a chance to score big with the many free spins awarded. Players can get up to 180 free spins. They get one more free spin for each additional Grimoire that lands on the screen.

If you are looking for a low stakes slot game, we suggest spinning the reels on Witcher Cave.

Hurray! There is a competition going between users of our site!
You have to do nothing, but browse out site, and win a daily prize. Click here to read more.
You current ranking:
Time Left: 17h 50m 14s