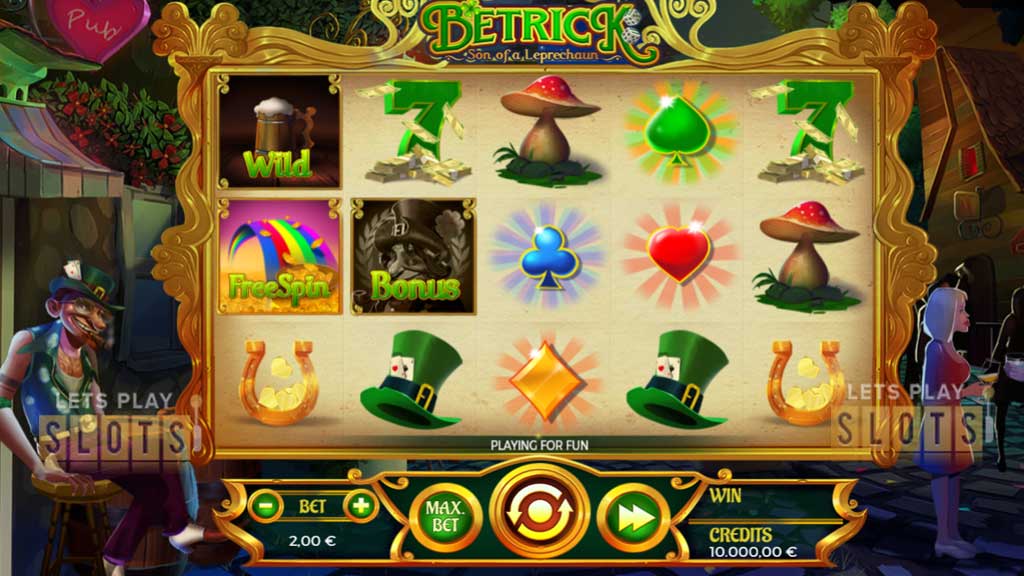 Find Your Luck With “Betrick, Son Of A Leprechaun” 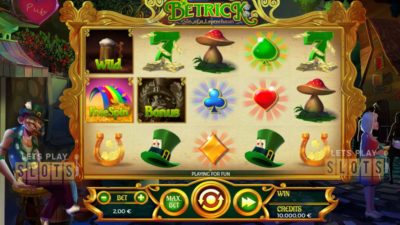 Leprechauns have gained a lot of popularity in recent times as they have been featured in movies, comics and even the WWE. One myth that surrounds leprechauns is that they have access to incredible riches. Spinmatic takes that legend and gives it an additional twist in their newest offering, “Betrick, Son Of A Leprechaun“.

Inheriting great riches from his father, Betrick takes players on a wild ride. The game takes place on the streets of Ireland, where Betrick hopes to beat players at their own game. The graphics and sound are pretty good and will get players in the mood. The jazz theme is surprisingly thematic for this little slot adventure.

The grid is the traditional 5 by 3. There are also 20 paylines for playersto win with . The game itself has medium volatility so there won’t be really big jackpots to go for.

The game’s symbols are the four card suits and then the appropriate Irish-themed symbols. This includes a golden horseshoe, a green seven, a toadstool and a leprechaun hat. The green seven awards players with 300 times their stake, while the horseshoe will give players 250 times their stake.

The game also has a mug of beer as its wild symbol while the rainbow over a pot of gold acts as its scatter. There is also the presence of the leprechaun symbol for some special fun.

The bonuses are what make this game fun. First, players who score three of the scatter symbol will get 10 free spins. The wilds will become Guaranteed Random Wilds, which means bigger prizes.

What players will want is to score the three leprechaun symbols. They only appear in the three middle reels and they can activate one of three bonus games. Players get to pick one when they score the bonuses.

First, there is the Shell Game. It is the traditional betting game of finding a coin under the shell. Players will get a jackpot multiplied by the Shell Game bonus. Second, there is the Find the Lady bonus game. Players are asked to pick out which card is the queen from three cards. Every successful pick gives a jackpot equal to the bonus symbol win amount multiplied by the Find the Lady Bonus Game multiplier.

Finally, there is the dice game where players try to beat the computer’s dice throw. The award is similar to the other games. Players keep on playing until they make a wrong guess or are beaten by a throw. Overall, this is a nice game for players to have a few spins and test their luck!

Hurray! There is a competition going between users of our site!
You have to do nothing, but browse out site, and win a daily prize. Click here to read more.
You current ranking:
Time Left: 4h 35m 16s