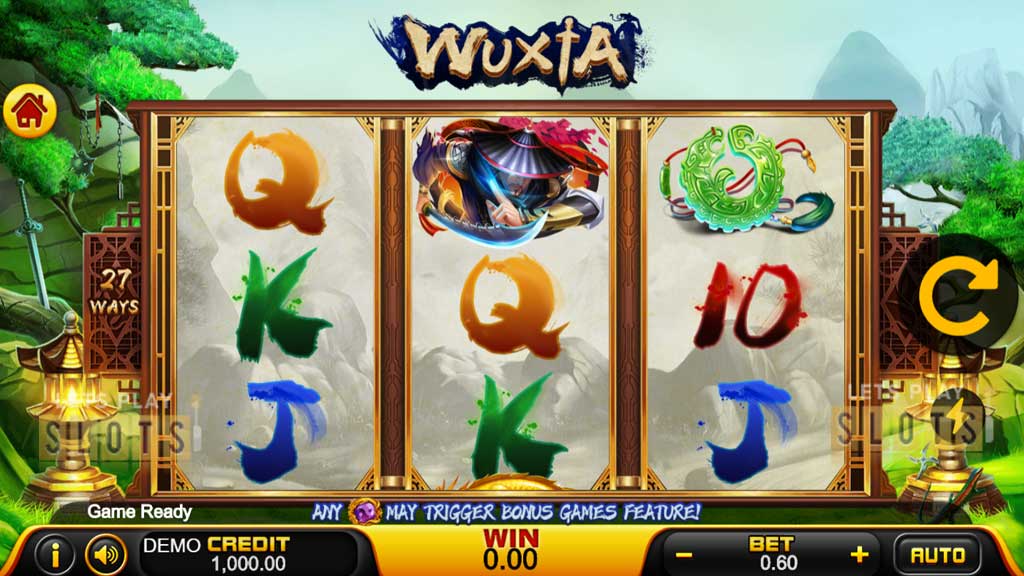 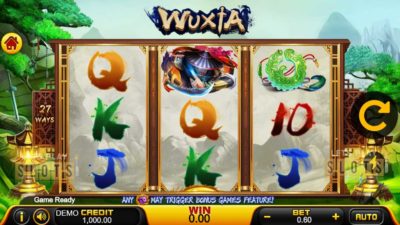 One of the most popular genres of fiction in Chinese-speaking countries is Wuxia. This genre is similar to fantasy movies but is directly at a Chinese audience. Instead of knights with their armor and swords, people get to see or read about feats of superhuman martial arts. Taiwanese developer PlayStar has decided to come out with a “Wuxia” online slot that is based on this theme.

Players who start this game will be taken to a quiet village at the foot of a mountain with birds in the distance. But there are hints of conflict as weapons can be seen at the foot of a tree and the rooftop is the site of a battle. The graphics and gameplay in this slot is astounding. The background music is also very appropriate as it has a distinct Asian sound to it.

This game has an interesting grid. It only has three reels and three rows but there are a total of 27 paylines. Do note that this is only in the game’s basic form. A player who triggers the special feature will be able to make the play area much bigger.

The game also has some interesting symbols. There are the basic card royals but players will most likely want to score the martial artist symbols. The game is pretty volatile which means players may not win on a frequent basis but if and when they do win, they can earn big payouts, especially if they score the more valuable symbols. Minimum bets are 0.6 coins but this can go up to a high of 600 coins.

The real big wins happen when the special free spins are activated. They are not only free bonuses but they completely change up the entire game. Players will need to score three Yin and Yang symbols. This immediately changes the grid. Instead of just three reels, another two reels are added. Besides that, some of the reels will have additional rows. When the change is complete, players will have a total of 720 paylines. This means that players will be able to have additional chances to win.

Besides additional paylines, players can also get up to 70 free spins. The maximum prize that players can get is 19,200 times their bet. If you like Asian themed slots or want to try one for the first time, then do give Wuxia a few spins.

Hurray! There is a competition going between users of our site!
You have to do nothing, but browse out site, and win a daily prize. Click here to read more.
You current ranking:
Time Left: 21h 33m 52s