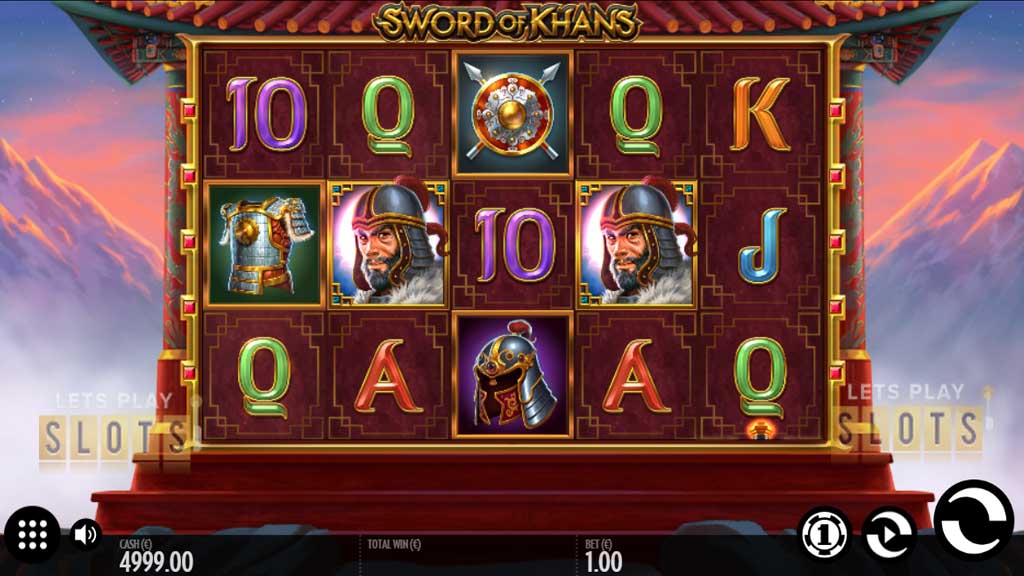 Genghis Khan Comes Back To Life In “Sword of Khans” 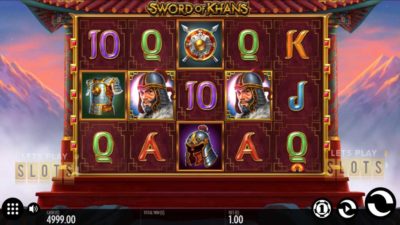 Genghis Khan created the largest empire the world has ever seen. His legend has remained popular as his exploits have been told via books, movies and video games. Thunderkick is the latest developer to use Genghis Khan as is theme for its latest slot game called ‘Sword of Khans’.

The Sword of Khans slot takes players to the time of the Mongol Empire’s birth and will give players the opportunity to ride alongside the Khan himself.

When players begin this game, they will immediately be impressed with the graphics. The art is incredible as seen by the mountainous background and the nearby Mongolian temple. The game itself is pretty decent with five reels and 50 paylines.

Players will have the A, K, Q, J, and 10 royals which act as the low-value symbols. If they want a bigger prize, they will want to score one of the more valuable symbols that include shields, armor, helmets and Genghis Khan. The Khan is the most valuable symbol, with players getting 250 times their stake when they score five of him.

The game also has the sword symbol. It acts as both the wild and the scatter symbol for the game. Players can use it as a substitute for all other symbols. Besides that, if a player has three or more wilds, they will trigger the bonus game feature as well as receive 200 times their stake.

Besides more free spins, players will also have the expanding win feature active. During free spins, a random symbol is chosen to be the expanding symbol until the free spins are exhausted. When they appear, they will expand to cover the entire reel they are on. There is also an Increasing Multipliers feature. This gives as 3x multiplier to the symbol when it activates.

Overall, the Sword of Khans is a pretty nice game that has an RTP of 95.36 percent. At its maximum, players can get a payout of 2,500 times their stake.

Hurray! There is a competition going between users of our site!
You have to do nothing, but browse out site, and win a daily prize. Click here to read more.
You current ranking:
Time Left: 10h 9m 58s