German Power Metal Band “Helloween” Gets Honoured With A Slot 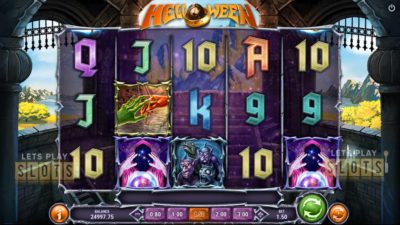 Slot players are on the lookout for the latest Halloween themed games as game developers tend to flood the market with Halloween themed slots in October. Play’n GO has come out with a new slot called “Helloween” but it has nothing to do with the Halloween celebration.

The name Helloween should be familiar to power metal fans. Helloween is a top German band that has been around since 1984 and continues to make music. Play’n GO got a license to make a game based on the band and its music. The game is set inside a medieval tower with graphics to match the loud atmosphere. As for music, players will get to hear tunes from the Keeper of the Seven Keys Part 1 and Part 2 albums.

Players who start this game up are taken inside the tower and then presented with a grid that has five reels and three rows to play with. On the grid, there are 10 paylines which can take bets from 10p to £100 a spin, which is a good betting range for most slot range.

Considering that players can win a maximum of 5,000x their stake, a big payout is always possible in this game. The game has an RTP at around 96.2 percent.

The low-value symbols are the card while the creepy symbols slot in for the high value symbols. This includes ghouls, sorcerers, hands and a gold ring. The most valuable symbol is the gold ring which can give out 20x. There is also the wild symbol in the shape of a pumpkin. This can substitute for all other symbols except for the Key Scatter symbol.

Players will want to experience the game’s Keeper of the Seven Keys feature. This happens when seven Key Scatter symbols appear on the reels in any position, at any time. This means that players will suddenly have one of seven features to play with.

For all of the seven special features, players will have five free spins. Additionally, during the spins, the scatter symbols will also be acting as a wild which increases the chance of winning. Each of the different have something special that is connected to the wild symbol. One of them has wilds staying in place while another has super-big wild symbols.

If you are like hardcore metal and power metal, then go ahead and give this Play’n GO game a few spins.

Hurray! There is a competition going between users of our site!
You have to do nothing, but browse out site, and win a daily prize. Click here to read more.
You current ranking:
Time Left: 5h 36m 0s