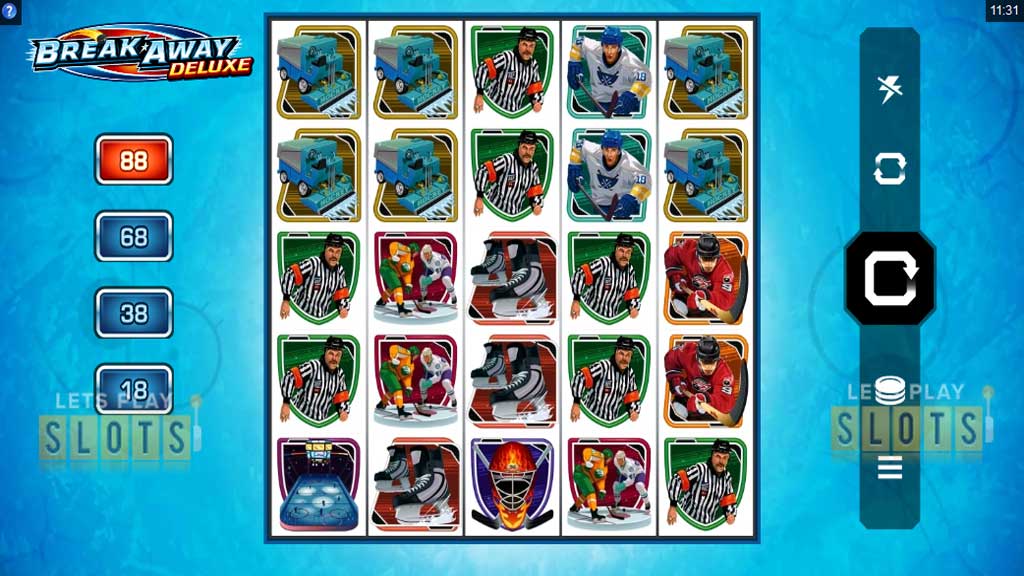 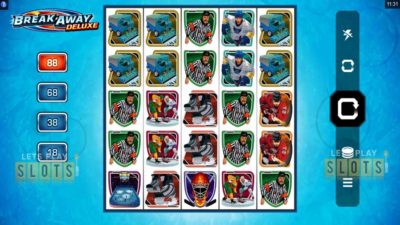 Ice hockey is a major sport that people love in North America and in certain European countries. The pulse-pounding action in the rink can be a great crowd pleaser.

Microgaming decided to use this theme in their successful “Break Away” slots and now they are upgrading the game with “Break Away Deluxe” game. The theme is quite visible with its blue backdrop and hockey player symbols. Anyone wanting to enjoy an ice hockey game experience will love this offering.

Played on a five by five grid, the gameplay is rather simple but yet very interesting, especially for players who like ice hockey. The game gives players 18 to 88 paylines to try and score with.

The game has all-original symbols that are all based on the hockey theme. This includes ice resurfacers, helmets, skates, ice rinks, ice hockey players, referees and three individual players. The one wearing the red jersey is the most valuable.

The game also features a wild symbol. It only appears on the last three reels in the base game and becomes present in the second reel during free spins. The wilds are not just substitutes for the basic symbols but also appear in stacks. This is part of the Growing Wilds feature, which increases each wild stack by one with every spin.

Besides the basics, Break Away Deluxe has quite a few special features that should have players clamoring to play this game. First, there is the Rolling Reels feature. This is found in many other Microgaming slots and allows for consecutive wins. This feature works by removing winning combinations and dropping down new ones to try and get more.

Besides that, there is the Smashing Wild feature. Hockey players will randomly appear on the three middle reels and act as full wilds to help players get winning combinations. Instead of disappearing though, they will stay in place during any consecutive wins.

Then you have the Free Spins feature. This is triggered when players get at least three flaming ice puck scatters. Players will get 12 free spins and have a multiplier active that increases for every win. The maximum is up to 8x. Players can potentially get a total of 60 free spins from this. This feature is what will give players the highest payouts since the 8x multiplier can result in a payout of 3,181.81 times a player’s stake.

Overall, Break Away Deluxe is an interesting slot game that brings quite a few bonus features to the table. It is worth a spin or two from those seeking a big win!