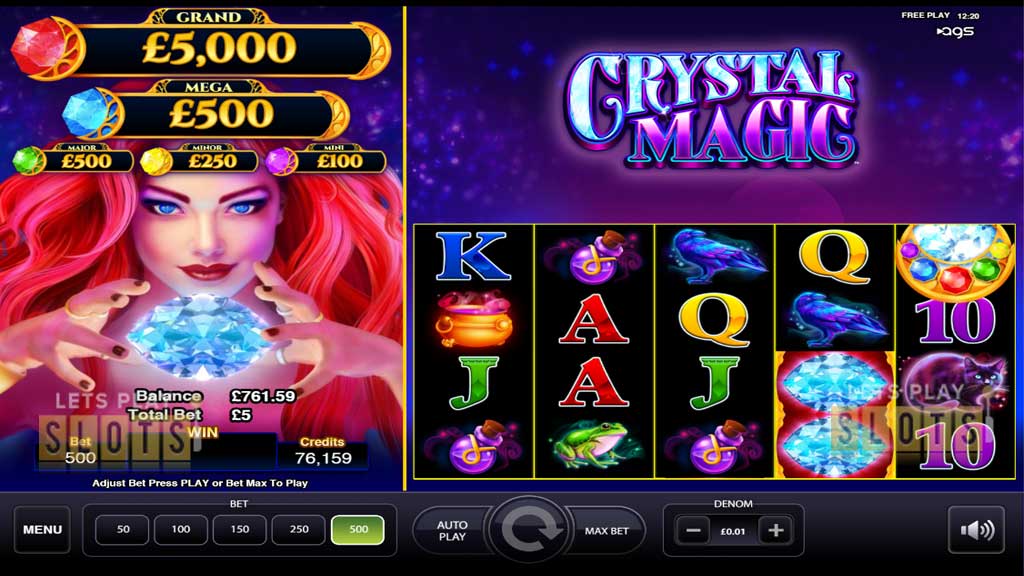 Get Ready To Enter The “Crystal Magic” World With AGS Interactive 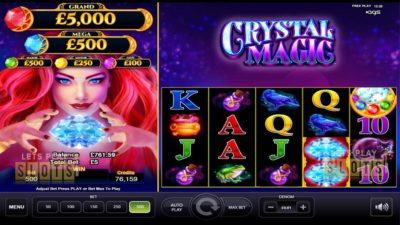 AGS Interactive decided to use magic as its theme for its latest slot game aptly titled “Crystal Magic“. Inspired by the tales of fortune-tellers and magical jewels, the game tells it all on the screen. With the power of magic on the side of the players, the game puts the spotlight back on the world of magic.

The game opens on to a screen divided into two parts. On the left part of the screen, there is a beautiful fortune teller with a huge diamond. The right part is dominated by the play grid. The left part of the screen displays the jackpots that are still up for grabs. The game unfortunately, has only the basic sounds that are part of slot games which is one area we felt let down the overall game.

When it comes to gameplay, the grid on the right features 5 reels and 4 rows. There are 50 fixed paylines to try and win with. The game itself has wagers starting from 0.50 cents to $100. High volatility means players can win big. The game’s RTP is already at a decent 95.95 percent so the potential high winnings add to that.

An example would be how to get free spins. Normal slot games depend on the scatter symbol to activate it. For this game though, free spins are rewarded after players get a combination of five matching symbols with a Wild on reel five. Players will then be given six free spins. During these spins, the winning symbols will be considered as wilds, which make things much easier.

There is also the Hold and Spin Jackpot feature. Players get this after scoring three Scatter symbols. Players will then have to fill a reel with diamonds. Each of the reels matches with a jackpot so when a reel is filled, players get the jackpot assigned to it. If a reel is not filled at the end of the bonus game, the diamonds are converted into cash.

If you are into magic, do give this slot a few spins and see if you experience a magical moment.

Hurray! There is a competition going between users of our site!
You have to do nothing, but browse out site, and win a daily prize. Click here to read more.
You current ranking:
Time Left: 8h 4m 21s