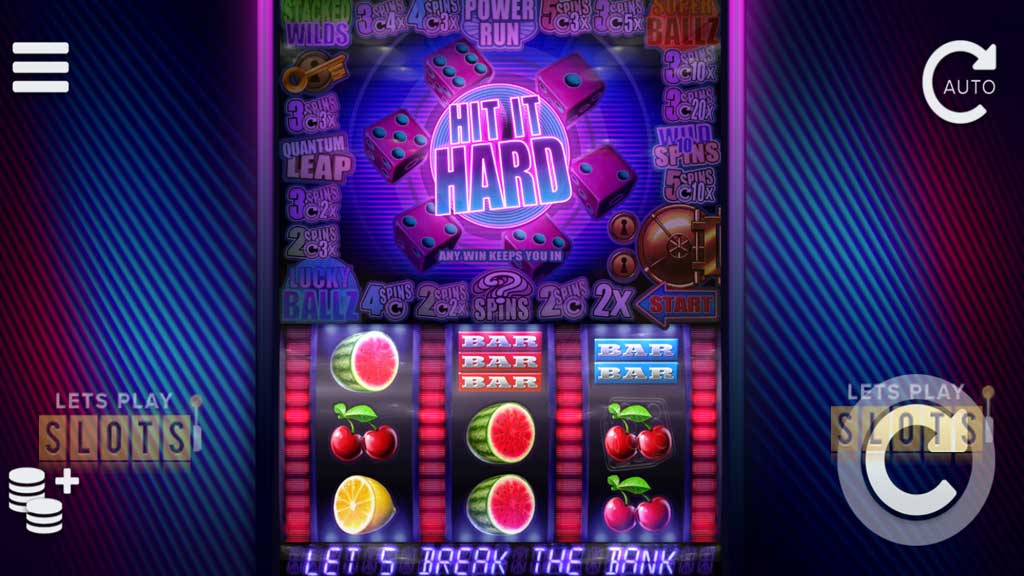 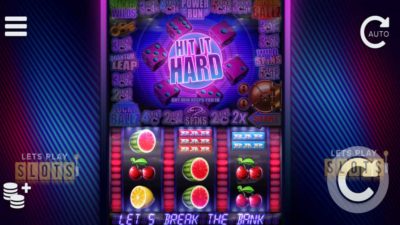 The 1980s was a decade in time where the definition of ‘cool’ was pushed hard through some great music and creative designs. Those who were born after the 80s now have a chance to go back in time and see for themselves how things used to be. This is because ELK Studios has come out with a new slot called “Hit it Hard” which has great graphics and a cool theme!

Players are taken to the 80s with a very traditional slot that has only three rows and three reels. The game also has only five paylines. As for the symbols, the game has all the classic fruit machine slot symbols. This includes cherries, lemons, watermelons, green triple 7s, blue triple 7s, and red triple 7s symbols. The last one is the most valuable and players who score it get ten times their stake.

The game also features two special symbols. One of them is the wild symbol. It only appears on reels two and three. This symbol acts as all other basic symbols. The wild on reel three is special since it has a multiplier. If it is part of a winning combination, it will give out a multiplier of 2x to 5x. The multiplier wild can also trigger a respin. When it appears and it is not part of a winning combination, it triggers a respin while it stays in place.

The game also has a dice bonus symbol. When it lands on the middle row of the third reel, it will trigger a bonus game. When this happens, the dice becomes a 10x multiplier wild. After scoring it, players are then taken to a board game that has a start arrow on it. Players are then forced to roll dice. This will determine how far they will go and how many free spins they get.

Overall, this slot game is simple and easy to play with a 96.3 percent RTP. Do give it a spin when it arrives at your preferred online casino.

Hurray! There is a competition going between users of our site!
You have to do nothing, but browse out site, and win a daily prize. Click here to read more.
You current ranking:
Time Left: 8h 9m 48s