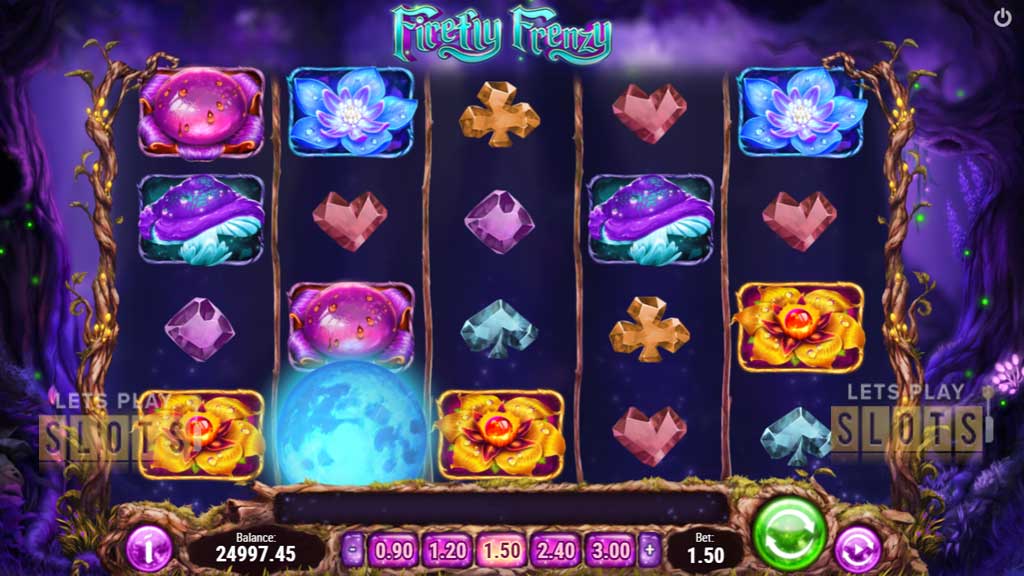 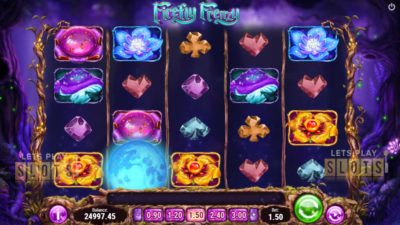 Slot developers are always looking to come out with unique themes to make their games interesting and stand out from the competition. Play’n Go has released a new slot called “Firefly Frenzy” which takes players into the night forest and treats them to the wonders of fireflies dancing around in flight.

Players are welcomed into a dark forest that is lit up by fireflies and will see reels presented in a semi-transparent manner. Players are seeking to score winning combinations in the five reels and 30 paylines of the game. There are eight symbols divided into low-value and high-value ones.

The low-value symbols are gleaming crystals that are in the shape of the card suits: clubs, diamonds, hearts and spades. There are also four flora symbols that are in different colours. These are the more valuable symbols. The most rewarding of them is the golden one which rewards players with 30 times their stake if they get five in combination.

The game does offer bonuses and central to them is the Firefly wild. It replaced all symbols except the moon scatter. The wild has three forms: standard wild, a 2x multiplier wild, or a 3x multiplier wild (pink). Players who are lucky enough to get multiple wilds and multipliers means they get high value wins since the multipliers work with each other. The maximum is a 243x multiplier if a player gets five 3x multiplier wilds.

The game is a fun mix of good-looking graphics and volatile gameplay. Players who want to win big would aim to get as many 3x multipliers scored so that they can get the big multipliers. The Frenzy Spins feature helps with that since all of the wilds are set at a specific value. This makes it easier to get the big bonus wins.

Overall, Firefly Frenzy is a great little game that is worth a spin or two when released.

Hurray! There is a competition going between users of our site!
You have to do nothing, but browse out site, and win a daily prize. Click here to read more.
You current ranking:
Time Left: 6h 8m 20s