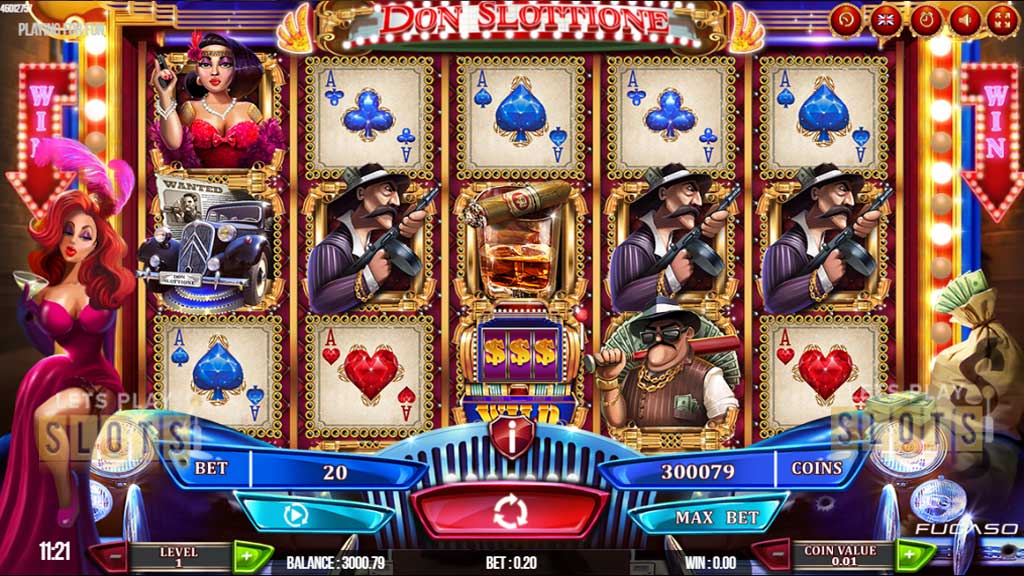 Get Ready To Turn Into An Italian Gangster With “Don Slottione” 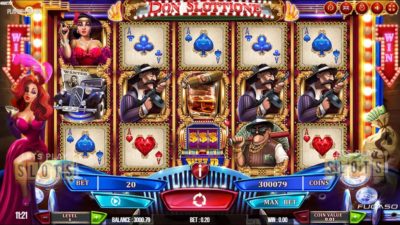 The Italian mafia attained cult like status with the popularity of The Godfather series which came out in both book and movie form. The mafia is still very much alive today in reality as well as in gaming mode. Fugaso decided to come out with a new mafia themed slot titled “Don Slottione“.

Players who start this game up are treated to the sight of all the usual gangster staples: beautiful women, big cars, and dirty money. The grid for the game is laid out on the hood of a big gangster car while a pretty woman is by the side of the grid to show off her satisfaction at the performance of the players. This sets the scene and with a classic soundtrack, players should be ready for some heated action.

This slot has five reels and three rows on its grid. Players will have 20 paylines to aim for. The game has the usual mix for its base game. There are four card suits for the low-value symbols while there are the thematic symbols that will be the higher prizes. Many players will be either aiming for the girl with the pistol or the mobster with the machine gun. This is mainly because they give out 250 times a player’s stake. The game has an RTP of around 96 percent.

The game shines when the special features are brought into play. This is where the game gets serious and provides players with some heavy-duty fun.

The first thing that will get your attention are multipliers with the wilds. The Wild symbol is an actual slot machine. When it lands, it does not only act as a wild but also randomly displays a number. This can be from one to nine. This number is the multiplier for the winning combination that the wild is part of. It also helps if two or more wilds are part of the combination since they multiply each other and the result is big wins.

The other special feature is free spins. There are scatter symbols available that trigger free spins. When three are landed, Don Slottione appears and shoots at the grid. Depending on the number of bullet holes players can get additional features like sticky wilds and more.

Don Slottione offers action, fun and a chance to win a nice payout. Do give it a few spins when it arrives at your online casino.

Hurray! There is a competition going between users of our site!
You have to do nothing, but browse out site, and win a daily prize. Click here to read more.
You current ranking:
Time Left: 21h 27m 31s