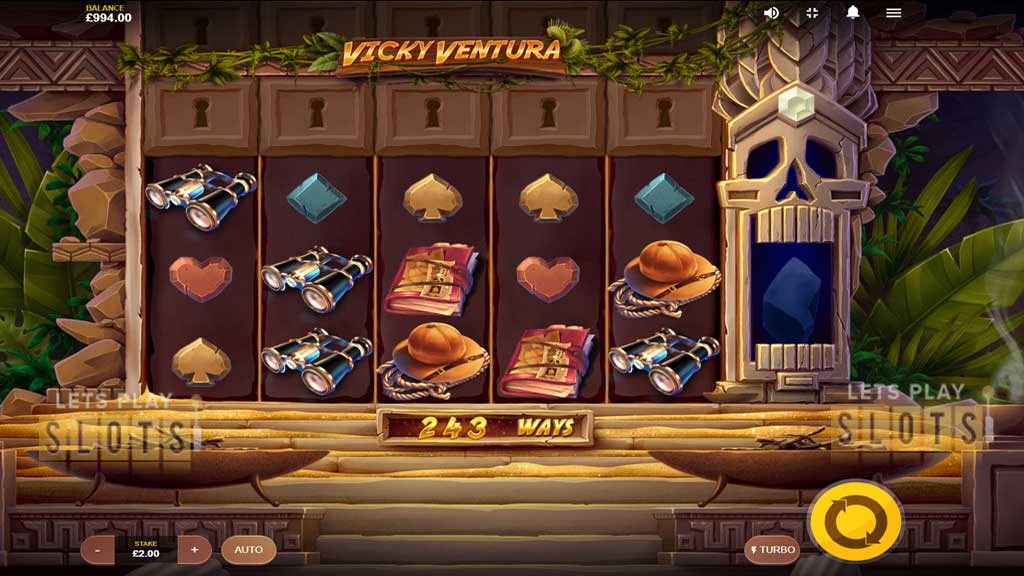 Get Ready To Venture Into The Unknown With ‘Vicky Ventura’ 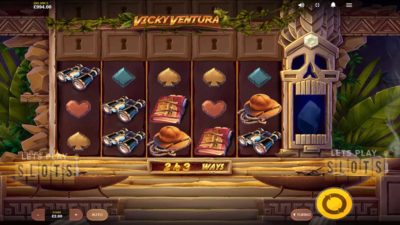 Red Tiger Gaming is the latest slot developer to hit the market with a new treasure hunt slot theme gamed. In their ‘Vicky Ventura‘ slot, players are helping the red-haired adventurer in her hunt for treasure. Players will appreciate the theme and the work that Red Tiger has put into this little game. The company has focused on improving its offerings and this game is a good example of how far they have come.

The game is based around five reels and 243 paylines. This gives players a lot of ways to win and will keep them on edge as they are never far away of getting a big payout. Similar to Indiana Jones, Vicky Ventura takes players on a treasure-hunting adventure that is hard to match. Set in a spooky temple in the jungle, players will be seeking to score winning combinations as always.

The game has four low-paying symbols. These are the clubs, diamonds, hearts and spades cards. Players will prefer scoring some of Vicky’s tools as they pay out better. These treasures include the treasure map, journal, the hat and the binoculars. The most valuable symbol is the compass, which can pay out 15 times their stake. Vicky will be acting as the wild – though she has no value on her own.

The game also has a few special features. For one, totem crystals are available to be collected. Once they reach a certain level, they can power up a random symbol and have additional bonuses come into play. Players can also get free spins by scoring at least three scatter symbols. This gives players 10 free spins and unlocks an additional two rows for scoring. If a player manages to trigger free spins again, they will have nine rows to play with.

This new offering is another glimpse into the big plans that the company has for itself. Red Tiger Gaming’s recently earned a Gibraltar license and a Swiss developer’s license. This allows it to operate in Switzerland’s growing gambling market and take advantage of its new regulations. Red Tiger has made it clear that it will partner only with licensed operators in Switzerland to offer them their gaming portfolio. This stance was welcomed by the gaming regulator in the country who is looking to clean up the market and get rid of unlicensed operators.

Hurray! There is a competition going between users of our site!
You have to do nothing, but browse out site, and win a daily prize. Click here to read more.
You current ranking:
Time Left: 52m 32s