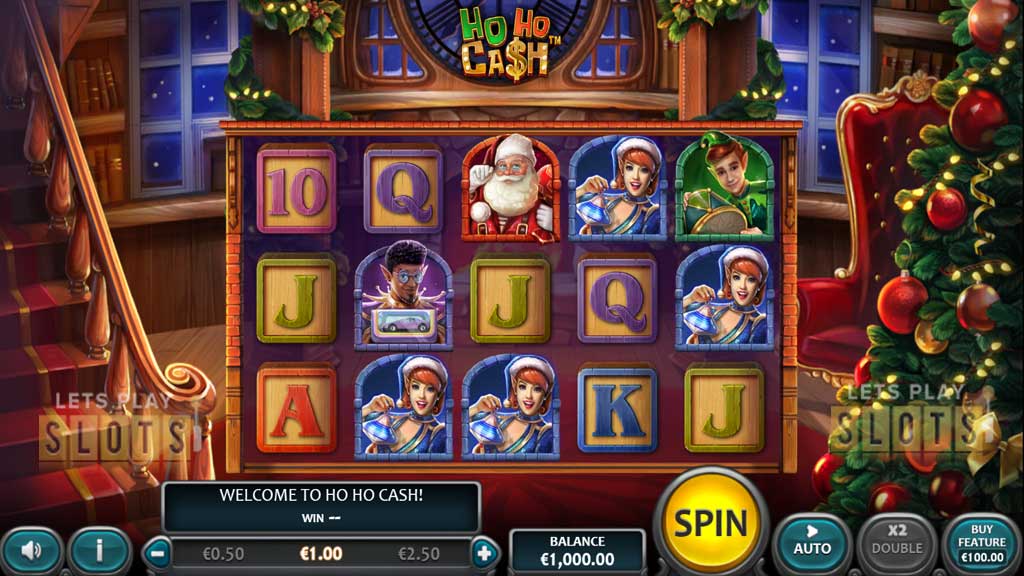 Get Some Holiday Money With Nucleus Gaming’s “Ho Ho Cash” 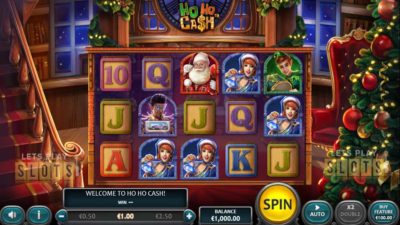 Developers are showing off their offerings for the holidays and they have come out with some interesting games. Nucleus Gaming just released their “Ho Ho Cash” slot and it looks great.

Players are taken to a magical room that is full of the holiday spirit, with lots of decorations and the Christmas tree in the corner. There is a fire is crackling in the background to give the game the final touches of the Christmas season.

Players will immediately see the grid for the game with the title of the game on top of it.

The game features five reels and three rows. There are 10 paylines to work with and this will see rather limited to some players.

Wagers start from $0.20 and go up to $10. That makes it safe for many players since they won’t lose much money in this game. However, it does mean that no high rollers will be playing this game since the stakes are too low. It doesn’t help that the maximum jackpot is $1,000. While impressive, other games offer bigger prizes.

The game’s symbols are a mix of thematic and card symbols. The low-value symbols are all card royals. The thematic symbols are a mix of Santa’s helpers Santa and the Magical Snowman. Santa pays out 75x the player’s stake if players get five of him on a payline. There are also a couple of special symbols: the Snowman, which acts as a scatter, and the gingerbread house, which is a wild that replaces other regular symbols.

Players don’t even have to get lucky to get the free spins. They can simply click on the Buy Feature option at the bottom of the screen. The amount of money needed to get the free spins depends on how many spins have been played. The longer that the player spins the reels, the lower the price of the spins.

Additionally, players can double their winnings by using the Gamble feature. They have a choice to go double or nothing after every win.

Overall, it is a pretty good game to play but do keep in mind it has a low RTP of 95 percent.

Hurray! There is a competition going between users of our site!
You have to do nothing, but browse out site, and win a daily prize. Click here to read more.
You current ranking:
Time Left: 15h 25m 43s
Gambling is for 18+ though some countries may have other restrictions...Remember you should always Gamble Responsibly
We use cookies to ensure that we give you the best experience on our website. If you continue to use this site you agree to allow us to use cookies, in accordance with our Terms & Conditions.Agree & Close