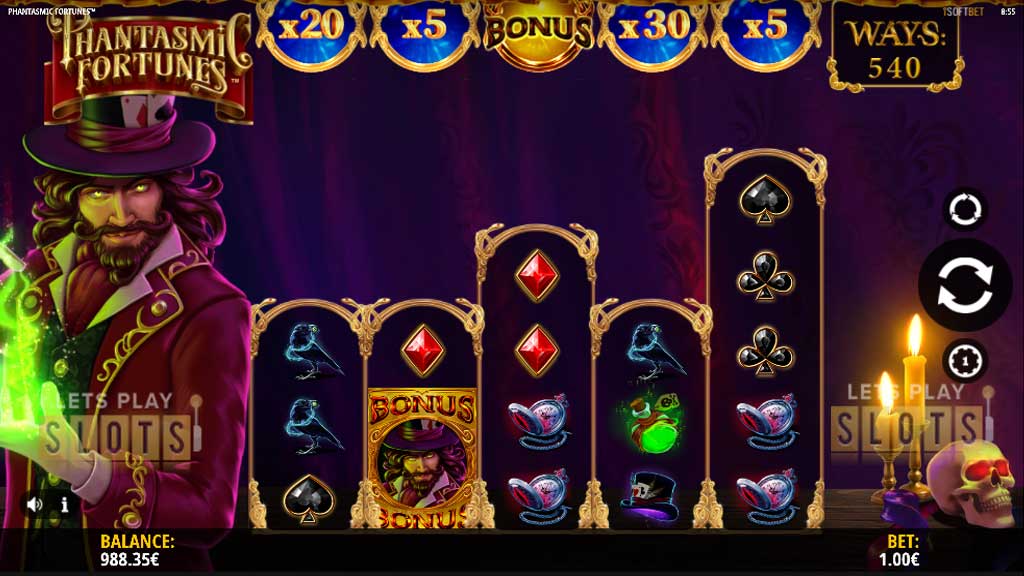 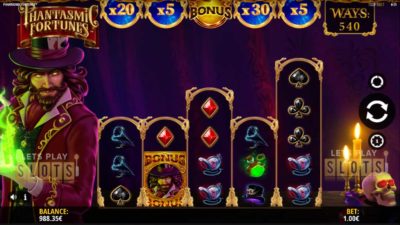 iSoftBet has come out with a new spooky slot that is filled with a lot of mystical shenanigans. In this game, players are will meet a magician who will reveal to them the great mysteries and treasures of the beyond.

iSoftBet has a reputation of coming out with great looking slots and they live up to that reputation with this new slot.

The slot game has a grid with five reels and three rows. There are 243 paylines to work with initially and players have a chance to add to that during the game. The symbols in this game are a good mix. The low-value card symbols are present and the high value symbols feature thematic ones like the top hat and diamond.

The betting range is rather limited. Players can only bet from £0.01 to £0.75 which is a very small betting margin. Even with the highest win going up to 1000x, no high roller will be interesting in playing this game. The game’s high paying symbol is pretty limited in the base game. The most valuable is the top hat which rewards and 100x of the player’s bet if five are scored on a payline.

The game has an RTP of 95.98 percent which is reasonable given that most slots have an RTP of around 96 percent.

The game does have some pretty exciting features. The main one that should excite most players is the expanding mechanic. The special diamond symbol can increase the size of the reels. This allows players to get more chances of winning. This special feature is called the Xpanding Ways feature.

There are also five orbs on top of the screen. When the reels expand enough to reach them, they come into play. Four of them are multipliers and one is a wild. The reels are then reset back to their original 243 paylines. The max that players will get here is 7776 paylines.

The game also has three different wild symbols. One is the base wild that substitutes for all symbols. Then there are the Phantasmic and Magic Wild which only appears after the orbs are activated by the Xpanding Ways feature. Finally, players will have a chance at free spins. They just need to score three scatter symbols and it will give them some freerolls.

If you are looking at a big payout, Phantasmic Fortunes is not the best game for you. However, if you are looking to have some fun and play with a minimum bankroll, give this game a few spins.

Hurray! There is a competition going between users of our site!
You have to do nothing, but browse out site, and win a daily prize. Click here to read more.
You current ranking:
Time Left: 20h 13m 38s