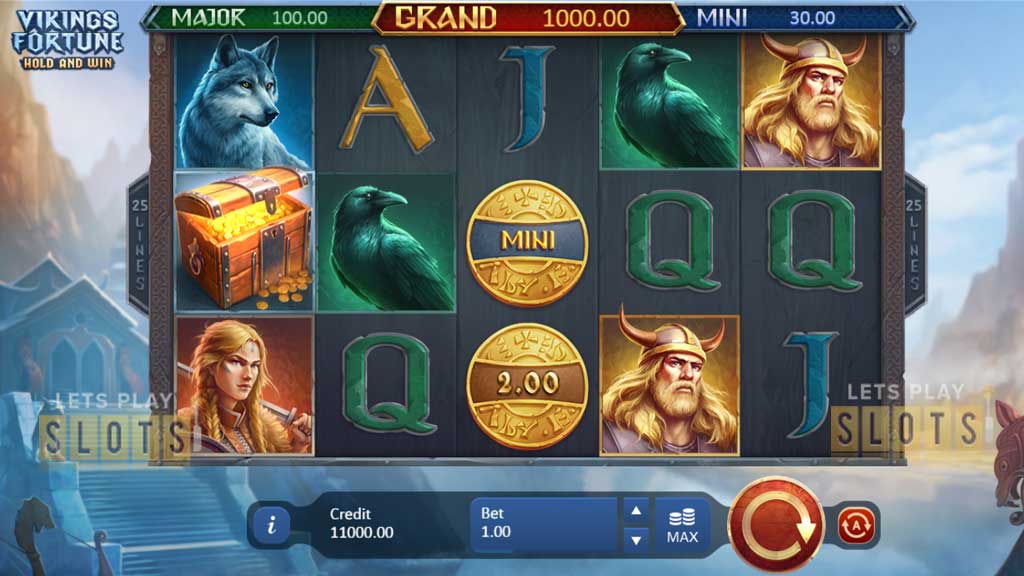 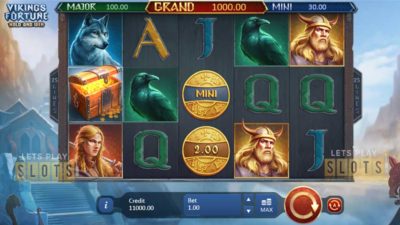 The Viking theme is a favourite among game developers and slot lovers. The market already has a nice selection of Viking slots but Playson decided that there was room for one more. Playson has announced that it is launching ‘Vikings Fortune: Hold and Win‘ slot for those who never get tired of being the pillaging raiders of old.

Viking Fortune welcomes its players with the view of a Viking village harbour. The graphics in this game are outstanding and the background music is pretty stirring. That’s a good welcome to a five reel, 25 payline slot game.

The game features the traditional card symbols from the Ace to Jack for its low-value prizes.

For players who want to win big, they will need to get one of the four high-value symbols: the raven, the wolf, the Viking woman, and the Viking Warrior. The most valuable of the bunch is the Warrior, who can reward players with 20 times their stake, if five of them show up on a payline.

The game also has a wild symbol: the shield. It is just as valuable as the Viking Warrior but also allows for it to be used like any other standard symbol.

Viking Fortune has two great features that should encourage people to play. First, there is the Free Spins feature. This is linked to the treasure chest, which is one of the special symbols. When players get a treasure chest on three reels on the same spin, they’ll get a nice payout of five times their original stake.

Additionally, they will also get eight free spins. During these spins, instead of their normal symbol sizes, the higher-value symbols will occupy 2×2 or 3×3 slots. This gives players a chance at big winning clusters. Plus, if players get another set of three treasure chests, they can get eight free spins again.

Finally, there is a Bonus Game feature. This is activated when the golden coin, another special symbol, shows up on all five reels. This triggers a respin that involves a special set of reels which only has blanks and coins.

Each coin has a value attached to it and, when the bonus is triggered, this value is counted up and set aside. Players then get three respins. If a new coin is scored, it is added to the amount set aside and the spins are reset. This is done until all respins are done. This is when the coin tally is rewarded to the player. Players can also win jackpot prizes during the bonus game depending on the amount of coins they score.

Do check out this cool slot from Playson when it arrives at your favourite online casino.

Hurray! There is a competition going between users of our site!
You have to do nothing, but browse out site, and win a daily prize. Click here to read more.
You current ranking:
Time Left: 2h 18m 7s