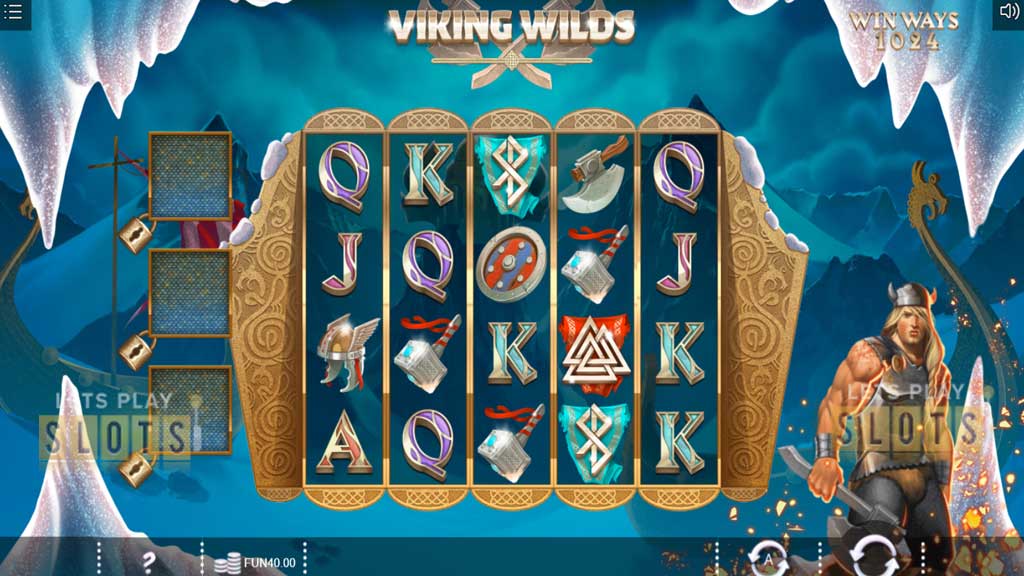 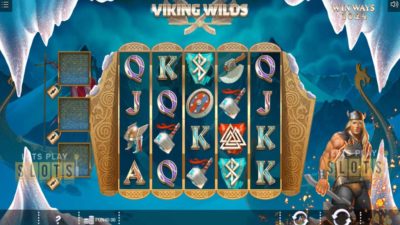 Vikings and Norse mythology are a favourite theme for slot game manufacturers. The trend continues in the latest offering from Iron Dog Studio.

The company has developed a new slot called ‘Vikings Wilds’ which offers players a chance to reach the mythical Asgard by scoring winning combinations on its five reels. Offering players 1,024 ways to win, this game should provide players with a fun gaming experience.

When players launch this game, they will be taken to the beautiful and snow covered Scandinavian mountains. There is some great music playing in the background as players spin the reels in hopes of getting winning combinations.

The game has the traditional low-value card symbols as part of the mix. However, players who want to win big will have to get one of the high-value symbols which include hammers, shields, and helmets. There are three banners that are the most valuable symbols in the game. The red one has the most value and will give players back five times their stake if five symbols land in a combination.

The great thing is that players can get more wins after getting a winning combination. All of the winning symbols are erased and new symbols are dropped down. This can give players more chances to win. Another important feature is the expanding reel. When it is activated, reels expand and give players more paylines to win.

What really makes this slot interesting is the wilds and the benefits that come with it. There are three types of wilds that players will encounter – standard or basic wilds, expanding wilds and sticky wilds. If a player gets any of these wilds during the first set of symbols that drop down, the free spins feature will get triggered.

The number of free spins awarded along with the multipliers comes down to how many expanded reels were displayed during the spin that triggered it. When fully unlocked, the bonus game gives players 100 free spins. Besides this, when the reels expand during the bonus game, multipliers are added. Additionally, expanded reels can stack up, leading to 3,125 ways to win. With all of the jackpots and multipliers, players can earn up to 6,000 times their original stake.

Overall, Viking Wilds is a pretty fun game to try out from Iron Dog Studio. Its various bonus features keep it exciting and raise the potential for a big win.

Hurray! There is a competition going between users of our site!
You have to do nothing, but browse out site, and win a daily prize. Click here to read more.
You current ranking:
Time Left: 8h 47m 55s