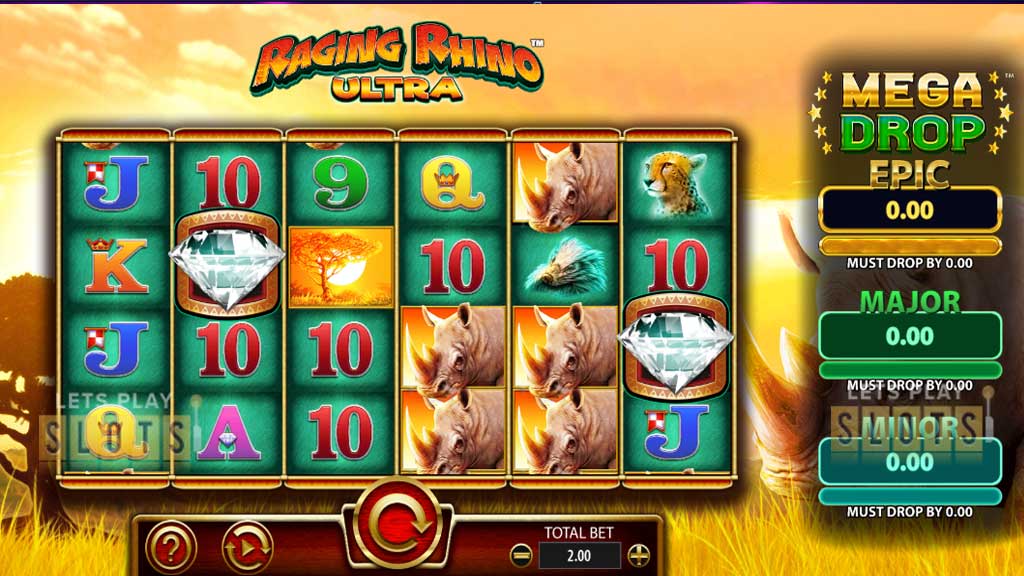 Go On The Hunt With WMS Gaming “Raging Rhino Ultra” 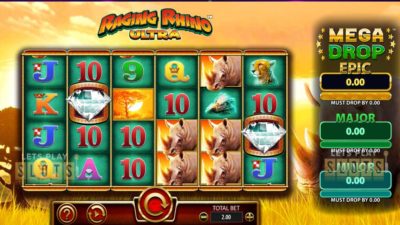 “Raging Rhino” should be a name that most slot players are familiar with. WMS Gaming already has three variants of the Raging Rhino game out there. Adding one more is going to get confusing but given the success that WMS has had with this series, we cannot blame them for adding another title.

This new game is called “Raging Rhino Ultra” and like all Raging Rhino games, players are taken on a safari that has them hunting the Raging Rhino. The wilds of Africa should be a familiar sight along with the music.

The game presents players with six reels and three rows. There are 4.096 ways to win so players will have more than a fair chance at winning. The game has medium volatility so the return for every win is pretty good. The RTP is set at 96.18 percent which is higher than the average slot game. Since betting ranges from $0.08 per spin up to $60.00, players won’t have to break the bank playing this game, unless they play too much.

There are 11 symbols for players to score in this game. The lowest value symbols are the playing cards. They only pay out up to 3.75x your stake for six of the same symbol scored. The more valuable animal symbols are what players should aim for. They include crocodiles, porcupines, cheetahs, rhinos and gorillas.

There is also the scatter symbol that can pay out 1000x and the wild symbol that subs for all other average symbols. During free spins, the wild has an additional multiplier which gives the spins a major boost.

The game’s scatter symbol is a diamond and players can get up to 20 extra spins depending on how many of them they score. The developer also helped out by setting a minimum win amount. Players who did not win 10x their stake during the free spins can claim this minimum amount after all the spins.

The game also has two additional bonuses. These are randomly triggered. One is expanding reels. Players will suddenly see two symbols expand to fully cover two reels. These will stay like that for the next spin. There is also a Rhino stampede. The Rhino symbol, which is very valuable, will suddenly appear more often in all six reels.

Finally, there is the progressive jackpot feature. This is a big win for players and is randomly triggered. There are three levels and the biggest payout is 100,000x a player’s total stake.

If you liked playing previous Rhino themed games from WMS, go ahead and spin this new slot.

Hurray! There is a competition going between users of our site!
You have to do nothing, but browse out site, and win a daily prize. Click here to read more.
You current ranking:
Time Left: 21h 18m 14s