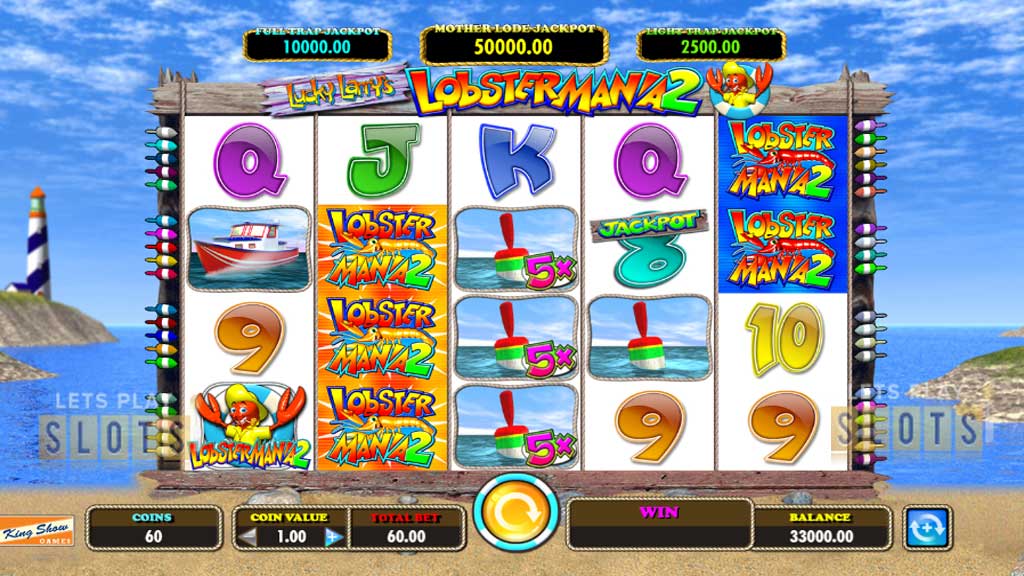 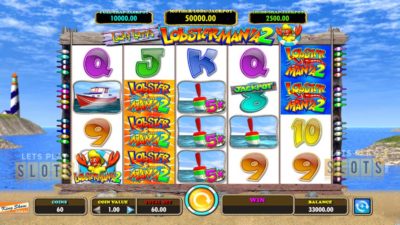 IGT is taking players to the seas with their latest offering “Lucky Larry’s Lobstermania 2“. This is a sequel to the popular land-based slot game which has now been converted into the HTML5 format. The original was a bit dated but this update online version brings new life to this classic game which can be accessed on various devices. Featuring five reels and 40 paylines, players will be able to have a bunch of fun.

When players start the game, they will be welcomed by the crazy fisherman Larry. Players will be joining him on the beach and they will be hoping to get winning combinations. This slot game has the usual card symbols as the low-value symbols. More valuable symbols include lighthouses, fishing boats, boathouses and a few more symbols.

There are several additional features in the game. In the base game, players can activate the Jackpot feature. It activates randomly and it appears above the symbols above the reels. If the Jackpot shows up three times consecutively, players have a chance to win up to 833.33 times their stake. The Multiplier feature can also show up which can boost the amount that people win by up to five.

The real jackpot though is the bonus game. Players have a chance to activate this by scoring three Lobstermania 2 symbols. This gives players access to two choices. They can pick Lucky Larry’s Buoy Bony 2 or the Lucky Lobster’s Free Spins.

The Buoy bonus makes players pick from three locations: Maine, Australia, or Brazil. Each location can give up four lobsters. There’s a chance that they can get the Golden Lobster for a big prize or just 575 times their original stake. The Golden Lobster awards prizes depending on what the lobster picked as the location, and can mean a prize of up to 1000 times their original stake. Free Spins is what it says on the tin. Players get free spins and they can potentially get more free spins.

Overall, this game is a fun little diversion. Players should try it out when it hits their favourite online casino and enjoy the excitement of trying to catch the Golden Lobster.

Hurray! There is a competition going between users of our site!
You have to do nothing, but browse out site, and win a daily prize. Click here to read more.
You current ranking:
Time Left: 5h 14m 19s
Gambling is for 18+ though some countries may have other restrictions...Remember you should always Gamble Responsibly
We use cookies to ensure that we give you the best experience on our website. If you continue to use this site you agree to allow us to use cookies, in accordance with our Terms & Conditions.Agree & Close