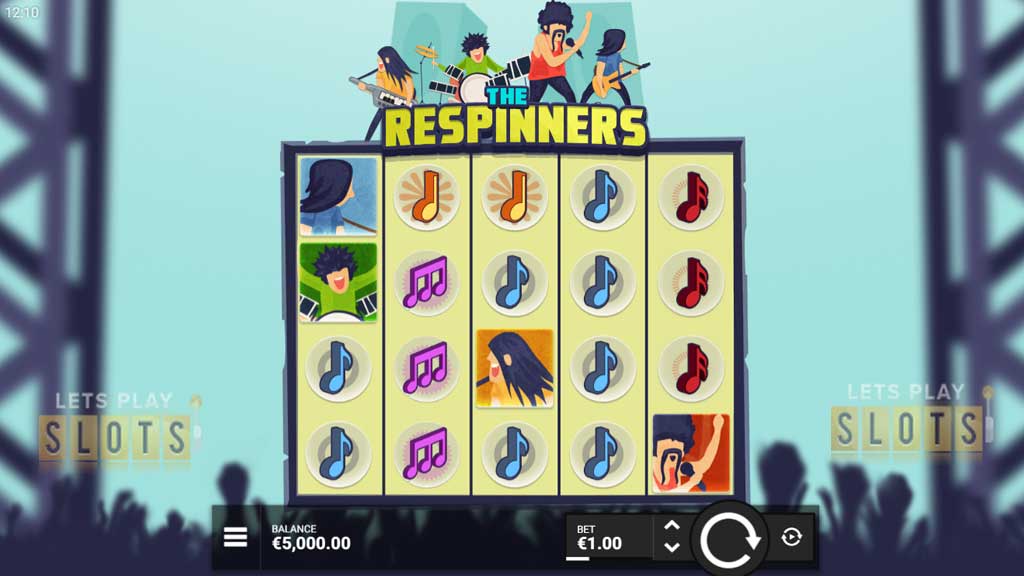 Hacksaw Gaming Lets You Make Music With “The Respinners” 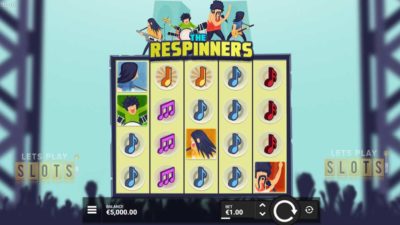 If you love rock and roll and like going to a good concert, you should check out the latest music themed slot from Hacksaw Gaming. The new slot is called “The Respinners” and it focuses on a rock band where players help to make their concert a success.

The game brings players to a concert stage when the game begins. The top of the screen is dominated by the band, while the crowd is where the grid is located. The game plays the music of the Respinners over the entire action. The music is a bit on the mellow side and but the tempo increases when the bonus game is activated. The graphics of the game sets the mood for a concert atmosphere.

The grid for the game has five reels and four rows. Instead of normal paylines, players will have 1,024 ways to win. The symbols on the grid are a good thematic mix. The low-value symbols are the musical notes, while the band members allow for big wins. The most valuable one is Wild Mike, the lead singer of the band.

Players have a decent range of bets. They start at 20 cents and can go up to 100 euros. The game has a decent level of volatility which should tempt players to give it a good try. The game’s RTP is at a high 96.4 percent so that should convince players to try the game out.

This game has great basics but also has some cool special features. One of these is the great Respin feature. This happens after every winning spin that involves one of the four band members. This can cascade into multiple wins since if the respin gets players another winning combination, they will be able to get another spin for free.

The band member that won the player the respin will be highlighted on top of the grid. This is important since this is what will activate the other feature of the game: free spins. Players who get all of the band members will get the reward of 12 free spins. Additionally, during the spins, the band members will have multipliers attached to any wins that they are part of. The Crowd Goes Wild feature can also activate and add 12 wild symbols to the current spin.

Overall, this game provides players with a fun time. Do give The Respinners a few spins when it comes to your favorite online casino.

Hurray! There is a competition going between users of our site!
You have to do nothing, but browse out site, and win a daily prize. Click here to read more.
You current ranking:
Time Left: 20h 18m 22s
Gambling is for 18+ though some countries may have other restrictions...Remember you should always Gamble Responsibly
We use cookies to ensure that we give you the best experience on our website. If you continue to use this site you agree to allow us to use cookies, in accordance with our Terms & Conditions.Agree & Close