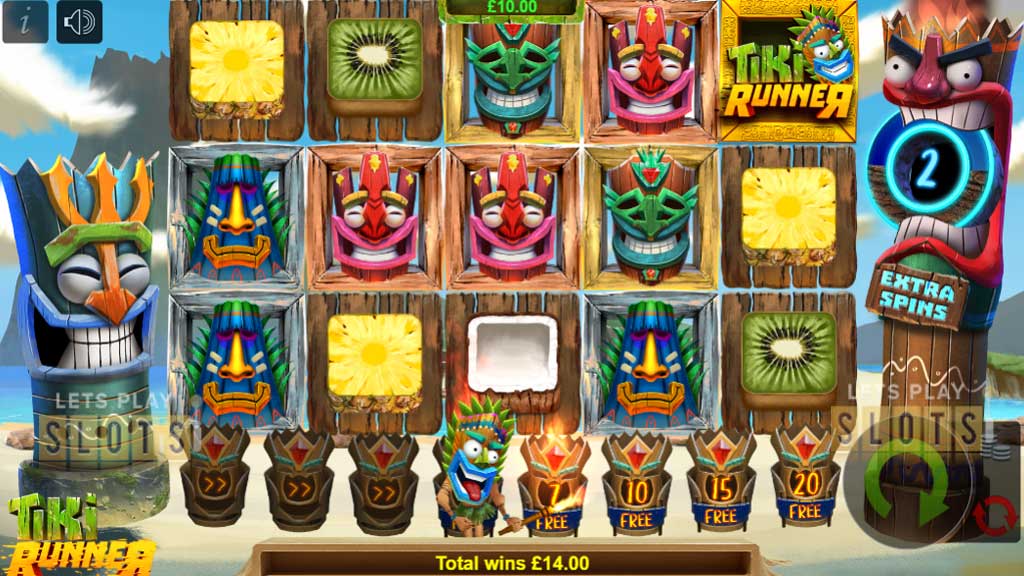 Have Some Island Fun With The “Tiki Runner” From Bulletproof Games 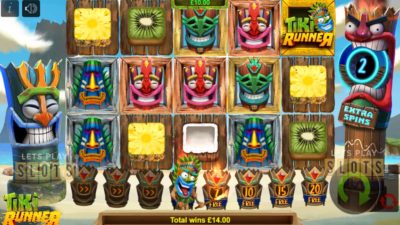 The Maori culture may not be very popular on the international stage but the Tiki torch is very popular as it has been featured in a number of movies over the years.

The Tiki torch symbol is also a favourite for those who want to give their parties a South Pacific feel. They are a symbol of the Pacific island life and Bulletproof Games decided to come out with a new slot featuring this theme. The new slot is called “Tiki Runner“!

Players are taken to a tropical island for this game and they will soon get into a holiday mood with the colorful symbols and the island music in the background.

The game has five reels and 20 paylines. The gameplay has all the basics of any slot game but comes with a bit of a twist. With an RTP of 96.01 percent, players have a decent chance of winning as long as they keep spinning.

As for the symbols, players will not find any card suits in this game. There are several low-value fruits and the various Tiki heads which are the more valuable. There is also the scatter and the wild symbol.

The game has some interesting features that keeps things exciting. One of them is that certain symbol combinations offer a chance at free spins. Depending on the symbol, players either get cash prizes or free spins on the number of symbols in the combination. Besides that, the symbols also cascade so that players get a chance at multiple wins.

Players will be very interested in the Tiki Runner feature which is what the game is named after. There are icons below the reels and the Tiki Runner himself will be there, advancing one space at a time. Every time a player wins a cascading win, players will see him advance one step. When he finally reaches the edge, players get up to 20 free spins. This is not going to be easy though. The Tiki Runner resets on every loss.

Players who do trigger the feature will have a chance to spin those free spins with multipliers. The more spins that they get, the higher the multiplier is.

Overall, Tiki Runner is all about the free spins. Lucky players will have a chance to keep on spinning in a hot streak. This will allow them to win big. Do give this game a spin or two when it reaches your favourite online casino!

Hurray! There is a competition going between users of our site!
You have to do nothing, but browse out site, and win a daily prize. Click here to read more.
You current ranking:
Time Left: 5h 52m 51s
Gambling is for 18+ though some countries may have other restrictions...Remember you should always Gamble Responsibly
We use cookies to ensure that we give you the best experience on our website. If you continue to use this site you agree to allow us to use cookies, in accordance with our Terms & Conditions.Agree & Close