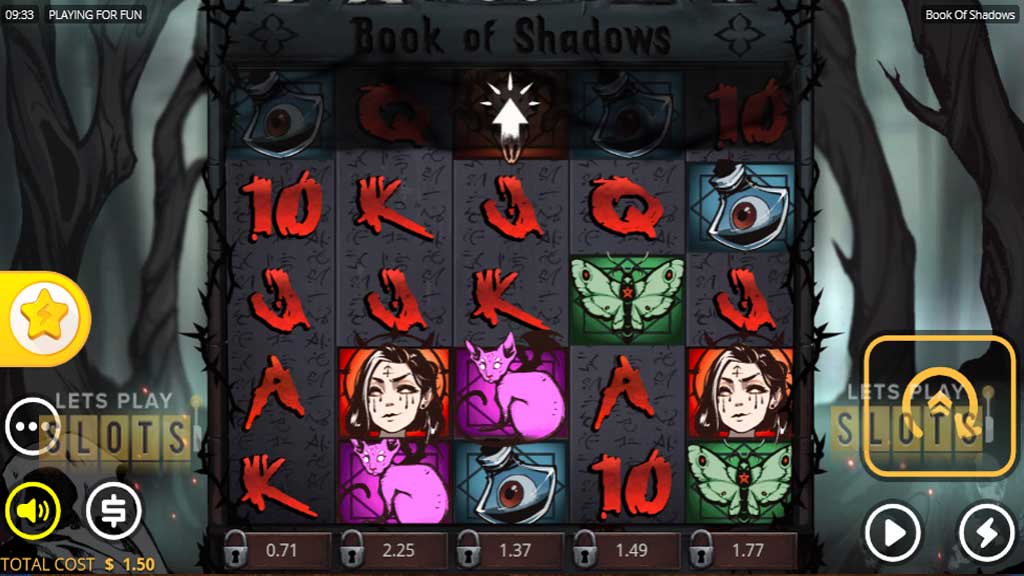 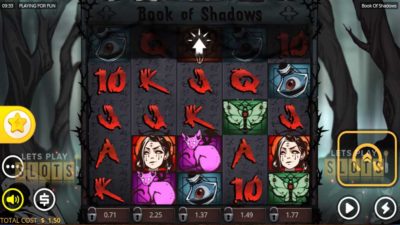 Slot players who like playing horror themed slots will enjoy the latest release from Nolimit City. The new game is titled the “Book of Shadows” and gives players a fresh take on the horror genre as it takes several horror elements and mixes them to create a great new experience for players. The theme works well and just adds excitement to the thrilling game.

This game is all about the mysterious Book of Shadows and how it twists everything to evil. Players are taken to a deep and dark wooded area to escape from it. The game presents the theme well, with the sounds heightening the intrigue.

Players have a 5×3 grid to work with but they also have the option to choose to add more. The basic three row set up has 10 paylines, the four-row game has 20 paylines, while the five-row game has 30 paylines. The symbols featured in the game are the usual mix. Bloody card royals are the low-value symbols, while thematic symbols like a butterfly, an animal’s skull, a cat, a flask and a mystery woman round things out.

Players can wager up to 200 credits per spin, which can mean that players can win big. This is thanks to the maximum earnings of 30,338x one’s stake. The game’s RTP rating is dependent on the number of rows. With three rows is at 96.01 percent. Five rows will give people 96.19 percent.

The game’s special features are astounding. Players have a certain amount of control over this game due to the fact they get to choose how many rows they can play with. As the special features start to drop in, the game becomes a lot more interesting.

For example, players can sometimes have the ability to lock reels up. They will need to pay for the ability though for each reel they lock. This can make it easier to score some of the best symbols in the game. The maximum number of ongoing reel locks players can have is four.

The game also has the free spins feature. The Book of Shadows is the game’s scatter symbol and players need three to trigger the free spins. Depending on the number of rows the player is using, players can get varying free spins. The more rows, the fewer spins. The range is from ten to fourteen. The free spins will also have a single expanding symbol to make it easier to win.

Finally, players have a chance to go double or nothing on any win. With Halloween just around the corner do give the Book of Shadows a few spins.

Hurray! There is a competition going between users of our site!
You have to do nothing, but browse out site, and win a daily prize. Click here to read more.
You current ranking:
Time Left: 19h 51m 38s
Gambling is for 18+ though some countries may have other restrictions...Remember you should always Gamble Responsibly
We use cookies to ensure that we give you the best experience on our website. If you continue to use this site you agree to allow us to use cookies, in accordance with our Terms & Conditions.Agree & Close