The USA may have a bit more of a restricted online gambling scene, but there are still plenty of people there who enjoy indulging in spinning reels. If you’re a gamer who likes to know about the RTP rate of your online slot games, then worry not, because at Lets Play Slots, we have a collection of the best RTP slots for USA players.

This way, you’re able to learn a bit more about the best games to play if you incorporate the RTP rate into your strategy for winning.
Also check out:

So, join us as we take a look at the Best RTP Slots USA. You can check out their full reviews and even play them for free at our site. 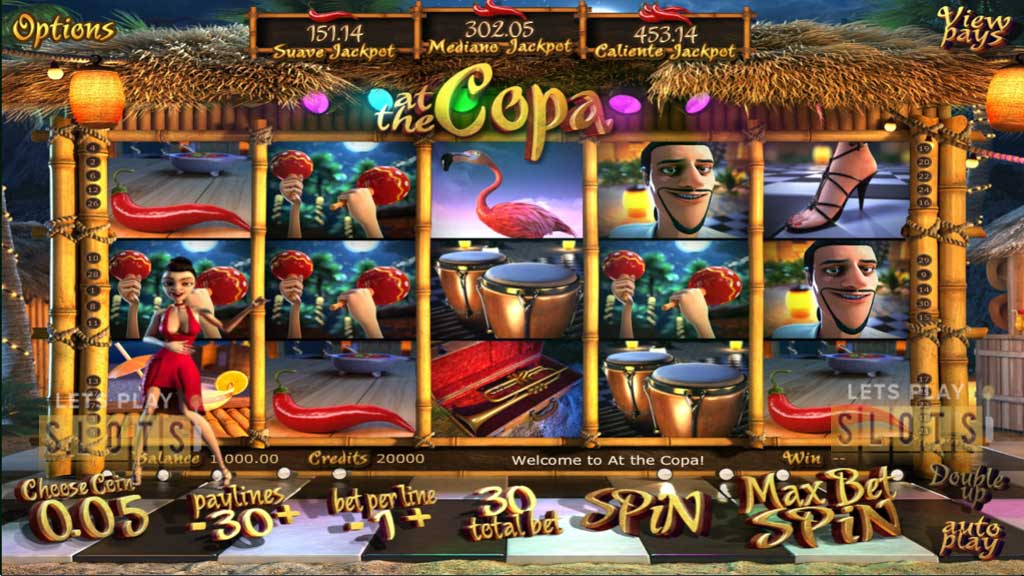 Are you ready to put your dancing shoes on? You’ll definitely want to once you play the Betsoft game, At the Copa. Featuring an RTP rate of 97.5%, the game will have you in awe at its top-quality graphics primarily. Yet, that’s not its only draw.

Instead, it incorporates multipliers and a free spins round, whilst also allowing you to have a chance at winning one of the three progressive jackpots that it hosts. So, prepare to twirl, tap, jump, swing and more as you make your way around the dancefloor. 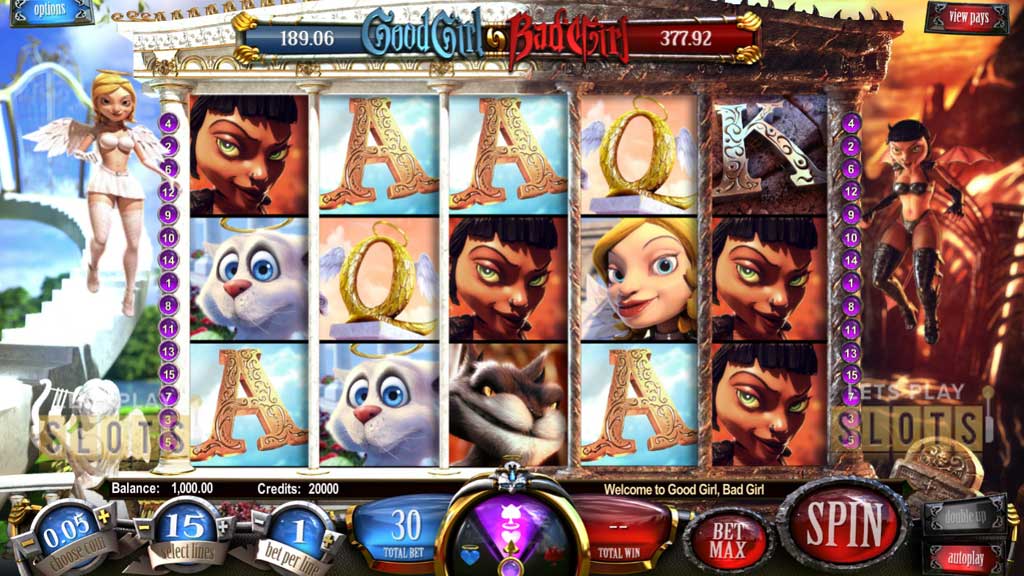 Betsoft is known for its stunning range of graphics that it incorporates into online slots. Good Girl, Bad Girl doesn’t deviate from this, with wonderful imagery throughout. Half of the reels cater to the angelic, good girl, while the other half surrounds the demonic, bad girl.

Not only that, but Betsoft has made sure to include a progressive jackpot win in the game, which also comes with scatter symbols, a free spins round and wild icons appearing on its reels. The maximum win in it? 1,170,000 coins – and that’s just from standard gameplay, not the progressive rewards. 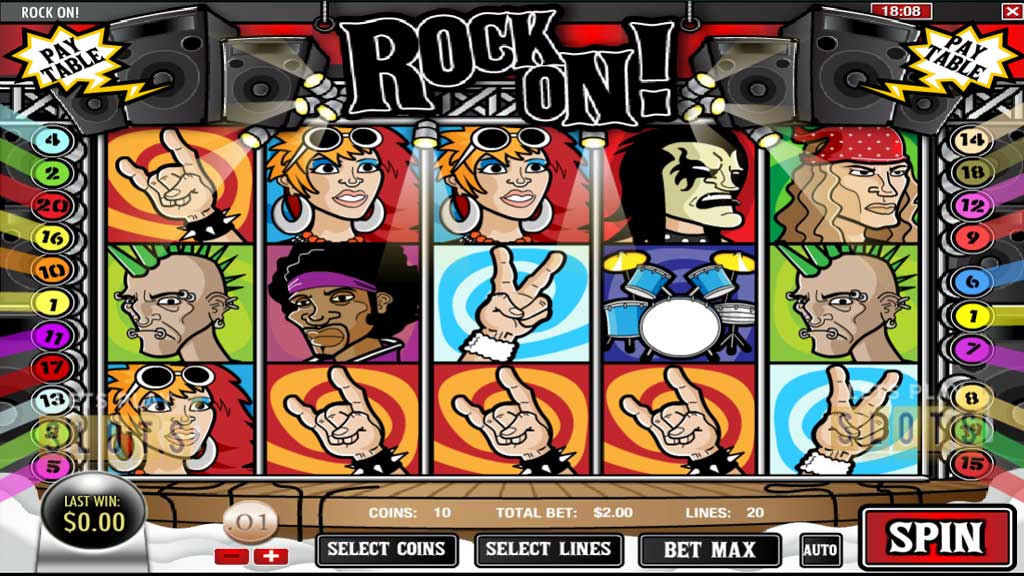 As a part of the famous Rival iSlots selection, this game aims to please you with some rocking music and entertaining reels. It features five reels and a total of 20 paylines for you to bet on.

The basic gameplay is quite standard, as it does exist as one of Rival’s older offerings. However, it comes with a 98% RTP rate, and also features a free spins function for you to enjoy. Additionally, the symbol of Elvis will trigger the slot’s Rock On! Bonus round. It’s definitely one to rock out to while you’re playing! 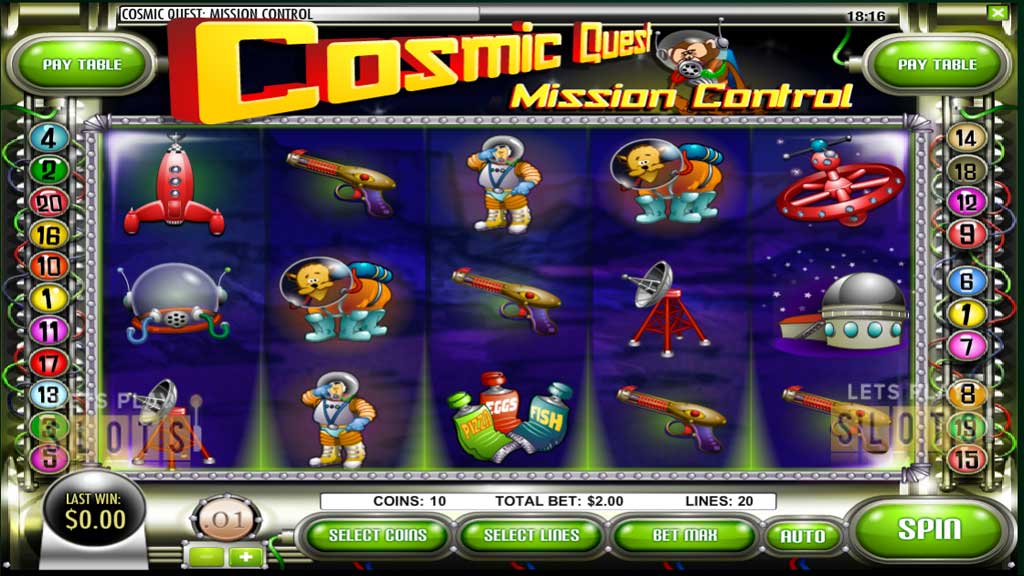 Yes, another Rival Gaming slot makes its way onto this list, and it features a 98% RTP rate just like the other one. Cosmic Quest: Mission Control is one of those games that will instantly hook you by transporting you into space and giving you an out-of-this-world experience. There’s a scattered space monkey symbol, which can trigger 10 free spins in the slot.

Meanwhile, a wild rocket icon will substitute for other symbols and expand during free spins. And don’t miss out on playing the Asteroid Blasteroid bonus round either! 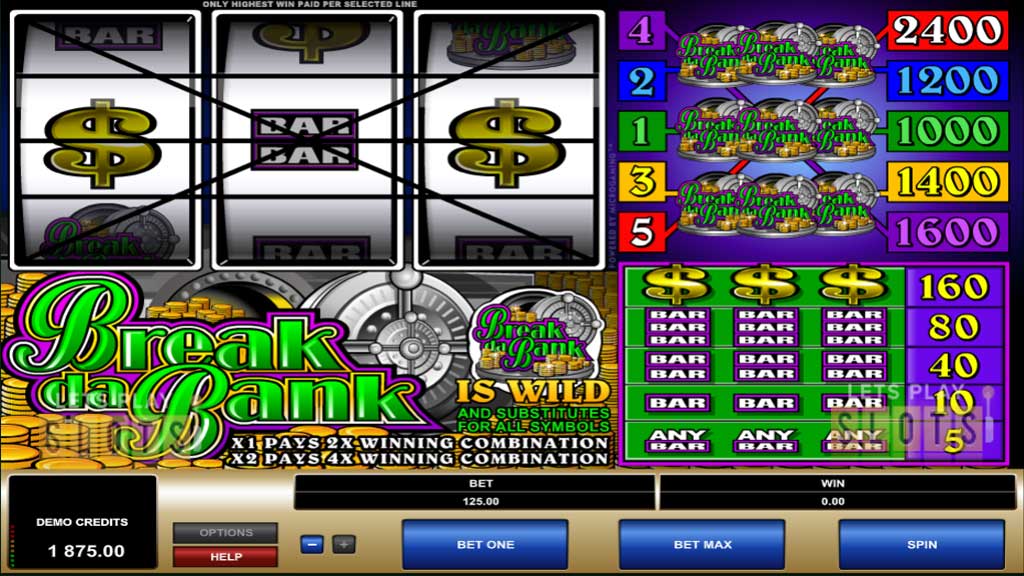 If you’re aware of Microgaming, then there’s little doubt that you’ll also have heard of the Break da Bank slot from the brand. It’s one of its most-famous releases, and it’s been around for a number of years already.

With its 98% RTP rate, you’re likely to get plenty of hours of entertainment from spinning its reels. You’ll also get to benefit from the appearance of the slot’s wild symbol, scatter addition and free spins function. It’s certainly one of those games that you won’t forget about once you’ve played it. You also try the highly rated sequel Break da Bank Again right here. 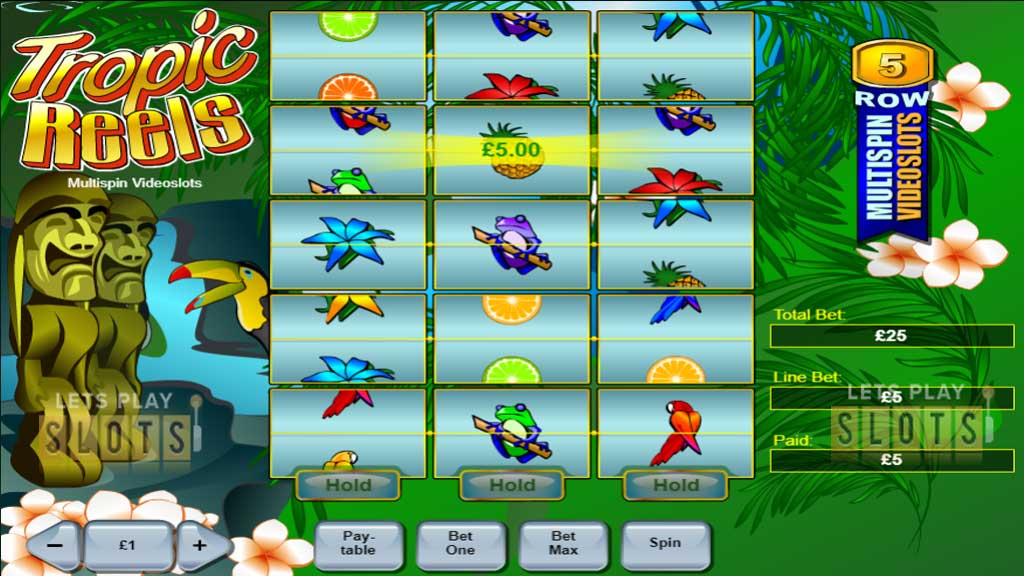 How about taking a trip into the jungle and finding out what wonders it holds? That’s what the Tropic Reels game from Playtech can provide to you in an instant. Featuring five sets of three-reel, one-row layouts, each with a single payline running through them, Playtech brings you an intriguing offering with this one.

The 98.95% RTP rate doesn’t harm its credibility with players either. It may not have any kind of bonus round or scatter symbol, but it does include a wild icon for you to boost your winning potential with. On the whole, it’s quite a simple game, but one of Playtech’s most-loved for its RTP rate.

Hurray! There is a competition going between users of our site!
You have to do nothing, but browse out site, and win a daily prize. Click here to read more.
You current ranking:
Time Left: 2h 0m 36s