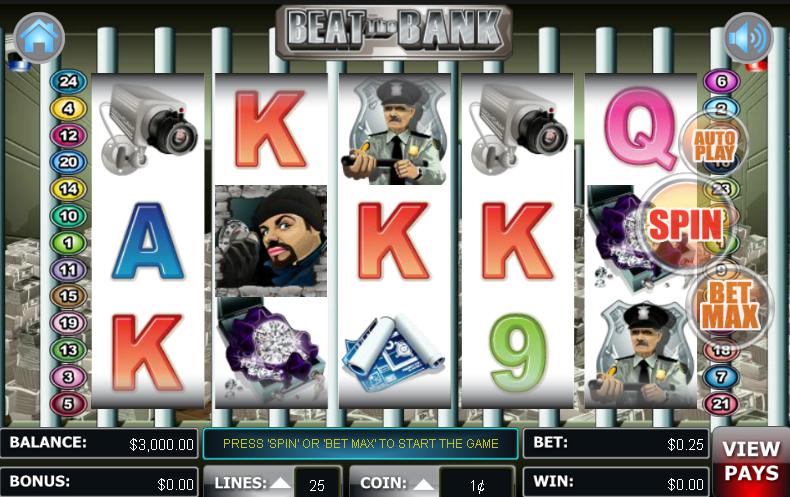 How to Play the Beat the Bank Slot As with any video slot machine you come across there are quite a number of decisions that you are going to have to make in regards to the playing structure of the Break the Bank slot machine, and as such you need to know first and foremost […]

Best Casinos to Play Beat the Bank for Real Money :

How to Play the Beat the Bank Slot

As with any video slot machine you come across there are quite a number of decisions that you are going to have to make in regards to the playing structure of the Break the Bank slot machine, and as such you need to know first and foremost that this slot has optional pay line so you can set as many or as few of them into live play as you like. 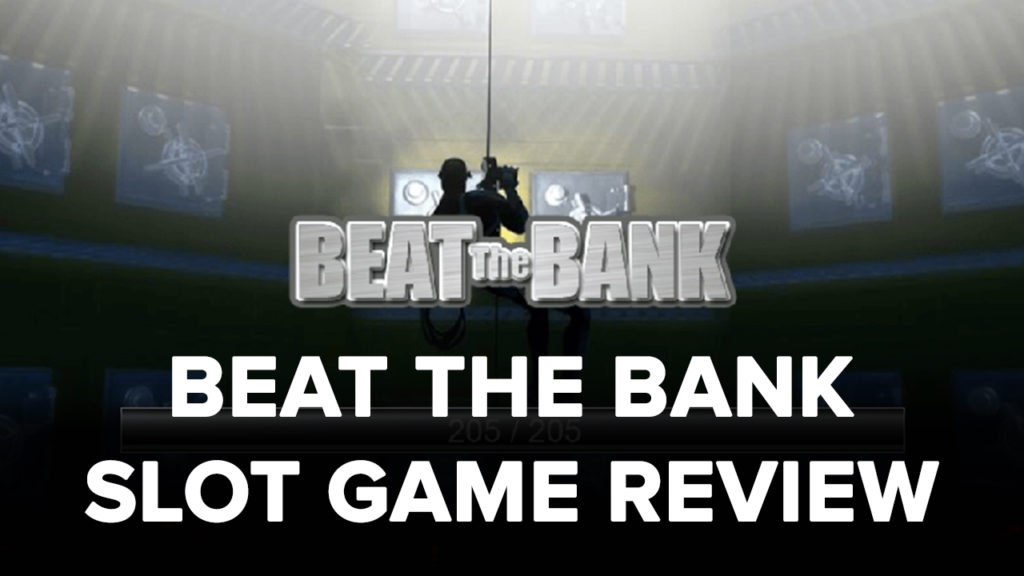 You are also going to be able to pick a stake level at which you play this slot, and to do so you will need to choose one of the coin values that you would like to have in play that will suit your bankroll.

You then have the option of being able to send each spin into live play at your chosen stake levels by either clicking onto the spin button or if you prefer there is a handy auto play option setting that you can make use off too.

What we think you will like about the Break the Bank slot though is that you can not only win by spinning in a winning combination on any of your activated pay lies but you can also win big by triggering one of its two different bonus feature games too!

The first of those to very different yet potentially very high paying bonus games is a pick to win one on which when you have spun in at least three of the Safe reel symbols you then get to pick off the safes that are displayed on the bonus game screen in the hope that ones you pick are jam packed full of cash!

What makes that pick to win bonus game a potentially very high paying type of slot game bonus feature game is that you could win a payout worth 1024 times the amount you wagered on the base game spin that triggered the feature, so there really are some huge cash prizes up for grabs when you trigger and then get to play off that particular bonus feature pick and win game!

The second bonus game which could be triggered on any base game spin you play off on the break the Bank slot machine is a set of free spins, however there are only scatter symbols that trigger that feature on reels two, three and four and with that in mind you do need to get all three of them spinning in from a single base game spin on each of those three reels but anywhere in view to trigger the set of 15 free spins with have x3 multipliers attached to them!

Be aware that you are going to be able to play the Break the Bank slot machine for free or for real money online, and as such you can always test it out for free if you like to get used to the way that it plays and pays, however below you can watch a live slot play video that will show you this slot machine being played and also see how one of its bonus game pays out too!

With there being so many different slot machine designers out there who do supply all manner of different slot games you will find that you can play all of them at any of our featured casino sites, so make sure that is something you do!

The best way to play slot machines that have been designed as video slots is to activate all of the pay lines per spin as that way you are never going to miss out if a winning combination lines up on any of the pay lines, and when the bonus games trigger such as free spins bonus game you will always have the best chance of spinning in multiple winning combinations too!

How to Play the Beat the Bank Slot As with any video slot machine you come across there are quite a number of decisions that you are going to have to make in regards to the playing structure of the Break the Bank slot machine, and as such you need to know first and foremost […]

Hurray! There is a competition going between users of our site!
You have to do nothing, but browse out site, and win a daily prize. Click here to read more.
You current ranking:
Time Left: 20h 48m 48s