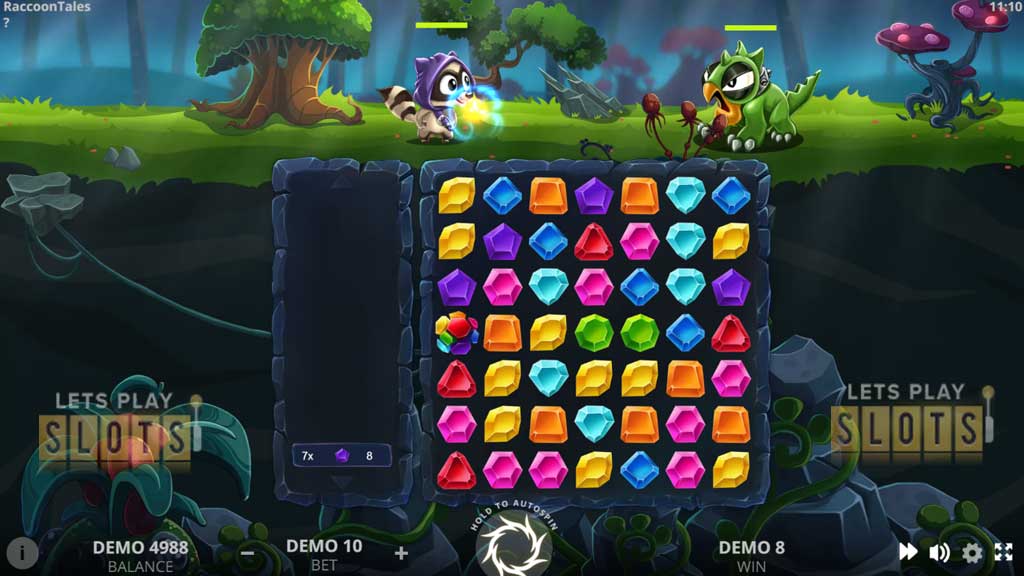 Hunt Treasures From The Forest With “Raccoon Tales” 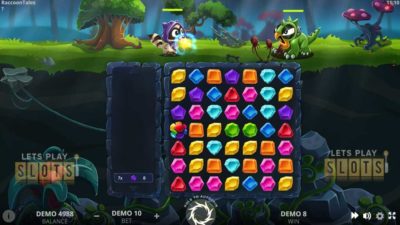 The latest slot game from Evoplay Entertainment will give players the challenge of retrieving treasures from the forest. But they won’t be doing it alone. They will have the help of a brave little raccoon. This is the reason why the game is called “Racoon Tales“.

When players start this game, they will be presented with an interesting setup. The top part of the screen will highlight the raccoon and his journey towards the treasure. Beneath this, players will see the actual reels that they get to play on. The idea behind the setup is that the performance of the players is connected to the performance of the raccoon. This makes it feel more like a video game than anything else.

The grid setup is seven by seven. There are no symbols but players will get to see lots of gems come down with every spin. A minimum of five matching gems is needed to get a win. The arrangement is either horizontally or vertically and can be from any direction. When players get a winning combination, the gems disappear and new ones drop from above.

Thanks to this feature, there is a chance for new wins. This makes the game very volatile so players can win big. The game’s RTP is pretty decent at 96.2 percent.

The game gets pretty exciting, depending on what happens with the raccoon. The furry little creature encounters monsters on the way to the treasure and player performance is what empowers the raccoon to defeat these monsters. Players will have to get a certain number of combinations to beat them. When they are defeated, players get a variety of rewards. This can range from sudden matching gems in various lines to Wild symbols appearing on the reels.

For example, a Big Wild reward can have a cluster of four Wild symbols appear on the reels. There are also other symbols like a Pleasant Surprise which turns a whole reel into matching gems and the Key, which then appears on the reels.

Hurray! There is a competition going between users of our site!
You have to do nothing, but browse out site, and win a daily prize. Click here to read more.
You current ranking:
Time Left: 18h 33m 14s
Gambling is for 18+ though some countries may have other restrictions...Remember you should always Gamble Responsibly
We use cookies to ensure that we give you the best experience on our website. If you continue to use this site you agree to allow us to use cookies, in accordance with our Terms & Conditions.Agree & Close