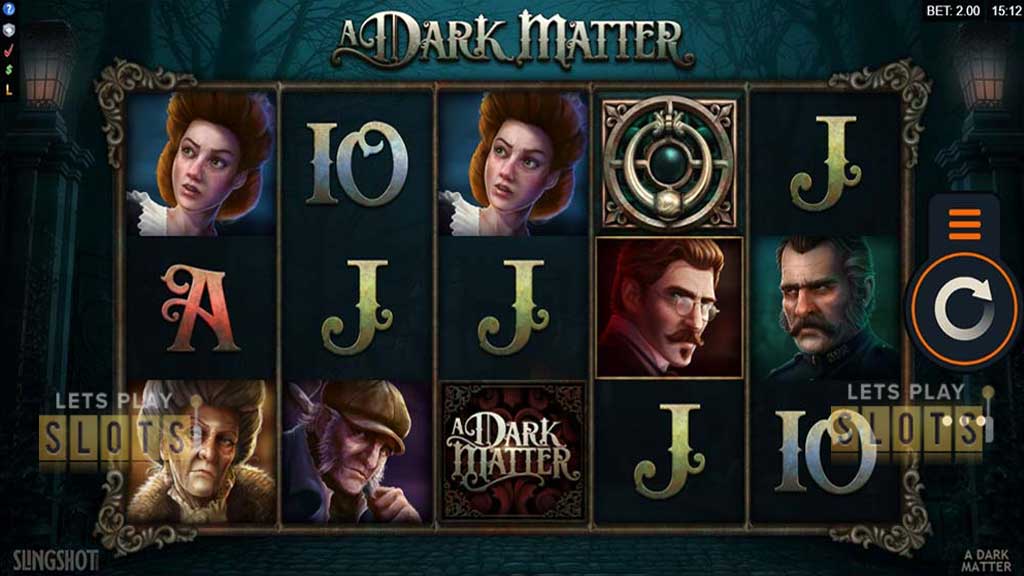 Investigate A Victorian Mystery In ‘A Dark Matter’ 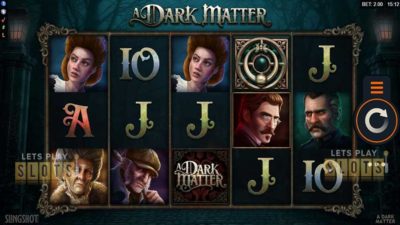 Mysterious disappearances have been plaguing the village of Stonehurst. All clues point to the stately Wraith Manor as the source of the disturbances. It is now up to the players to reveal the truth behind the mystery.

This new game from Microgaming is based on a Victorian mystery theme that players will enjoy. This new game is called ‘A Dark Matter’ and has excellent features that make it a treat to play.

When players start this game, they will immediately notice that the game doubles has a creepy and dark atmosphere. The game features five reels and five paylines with the manor in the background. As always, players are hoping to get winning combinations.

The basic symbols of the game include the A, K, Q, J, and 10 royals. The more valuable symbols are the various characters involved in the mystery. The Lord of the Manor gives out the biggest reward. With five of him on a payline, players will be able to get 240 times their stake. Besides that, A Dark Matter logo acts as the wild in this game. It substitutes for all symbols for all symbols except the scatter. The wild appears only in the three middle reels and appears fully stacked.

Players who are lucky to get a full wild stack on reel two or four will see it take over an adjacent reel and turn it wild. This means that reel 3 will become fully wild. This is the game’s Invading Wilds feature.

The game also has a Free Spins feature. Players can trigger this by scoring three scatters. The doors of the manor will then open and players will get 12 free spins. During these spins, players will also be able to get more free spins for each scatter symbol that lands. Additionally, the game has some good bonuses. For one, the wilds are super stacked on reels two and four. Plus, all wins get a 2x multiplier in this mode.

The game is very volatile and has high variance. Players can win up 1,200 times on a basic game spin. If they are really lucky they can get 2,400 times their stake when the free spins are active.

Overall, Microgaming has got itself another winner with this game. It looks great and offers a pretty good feature list. The large jackpot can be a great win for those who are lucky! If you looking for no deposit slots? Then why not checkout our selection here.

Hurray! There is a competition going between users of our site!
You have to do nothing, but browse out site, and win a daily prize. Click here to read more.
You current ranking:
Time Left: 59m 52s