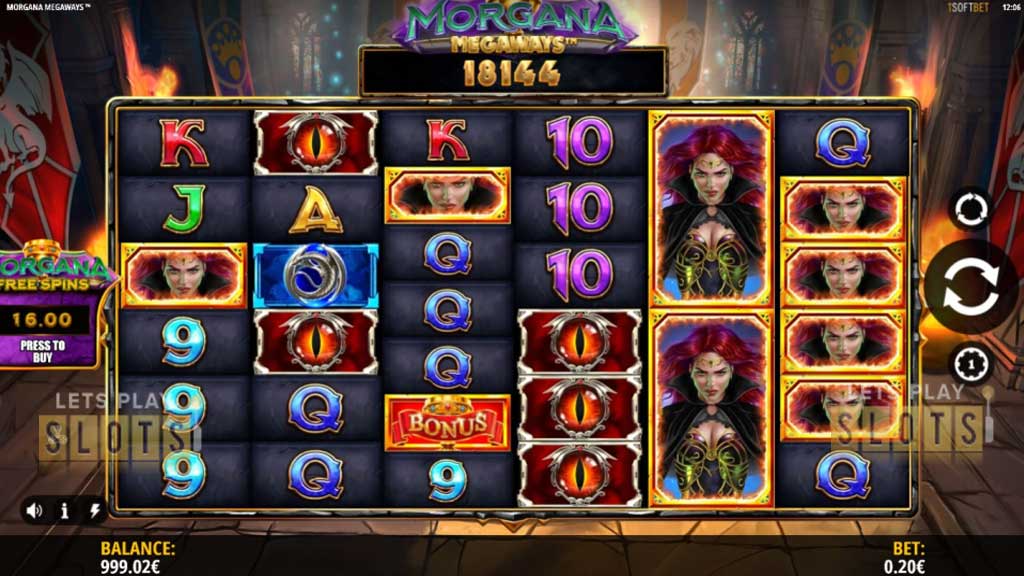 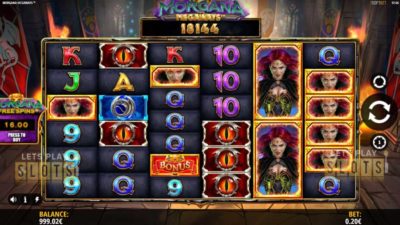 Morgana Le Fay has made an appearance in many Arthurian tales. She is the main magical nemesis of Merlin and this time around she is making an appearance as the main character in “Morgana Megaways“. Developed by iSoftBet, this is a MegaWays game that can deliver big wins to interested players.

Players who start this game up will see them taken to the halls of Morgana’s castle. The dark and malevolent feel of the environment is very visible in the background and players will feel the haunting atmosphere. This is thanks to the combination of the game’s great graphics and music.

The setup for the MegaWays slot should be familiar to most players. There are six reels and up to seven rows. But not all of them have been fully opened up.

While this may seem low but, thanks to the high variance, players can expect wins to reach 10,000x the player’s stake. The RTP for the basic game is 95.98 percent but players pay to raise it to a respectable 98.01 percent.

Players will also recognize most of the symbols. The low-value icons are the card royals. This starts from the 9 to the Ace. For the more valuable rewards, players should aim for the more thematic symbols. This includes a pink jewel, a silver dragon, a dragon’s eye and the evil sorceress herself. Morgana is the most valuable of the set so players should be aiming for her.

There are also several special symbols. There is the wild that can substitute for all regular icons. There is also a turquoise gem that acts as the Mystery Symbol. Players will also want to score the Scatter symbol to accept the many bonuses of the game, which is the grail.

There are two main special features. One of them is Mystery Symbols. This is what the gem is for and when it lands, it transforms a single icon into a more valuable one. The Max MegaWays feature is another one that can happen at any time. Players can then suddenly get the maximum 117,649 ways to win for that spin. Players can also score three or more grails will get free spins. The maximum is 30 free spins. Players can also collect symbols to earn free spins and prizes.

Overall, iSoftBet‘s Morgana Megaways is a fun experience and players should give it a few spins!

Hurray! There is a competition going between users of our site!
You have to do nothing, but browse out site, and win a daily prize. Click here to read more.
You current ranking:
Time Left: 4h 44m 40s