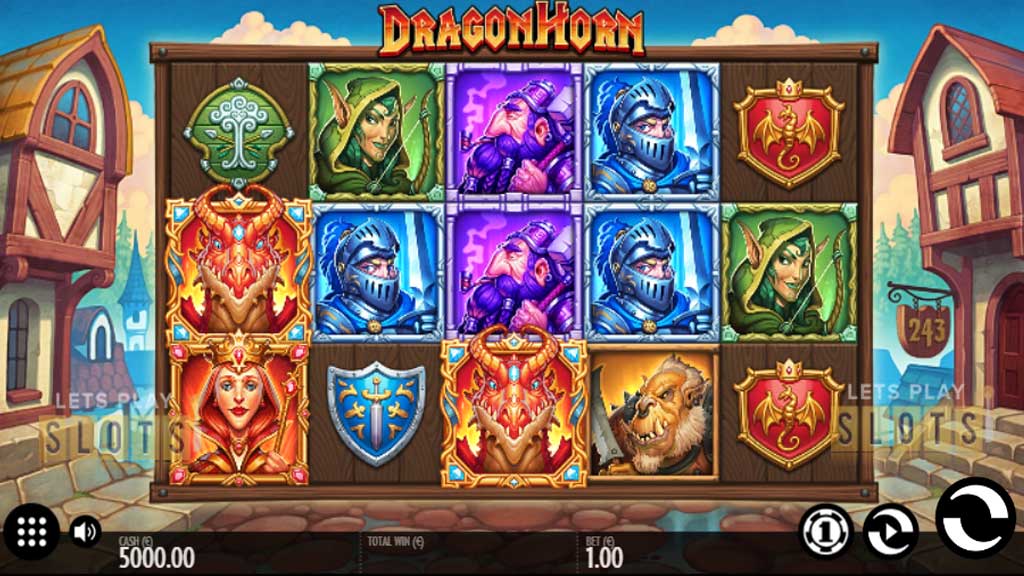 Join The Quest To Find Mysterious ‘Dragon Horn’ With Thunderkick 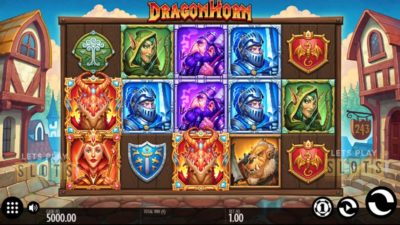 Dragons are a favourite theme for slot game manufacturers who usually mixed it up with a fantasy setting.

Thunderkick one of the popular online slot developers in the industry has chosen this to be the theme of its latest release. Players are taken on a quest to obtain the mysterious Dragon Horn and will encounter everything from elves to orcs on their journey. With great bonuses, players have a chance to win big.

When players start the game, they will see a medieval village in the background. The music is appropriate for the setting and should get you in the mood. There are five reels and 243 ways for players to win in this game.

Like any slot game, the goal is to get winning combinations of three or more on one of the 243 paylines. Players get a reward depending on the value of the symbols.

The game features shields as its low-paying symbols. They are coloured red, blue, green, purple and brown. For higher point values, players should be looking for fantasy creatures like dragons, elves, orcs, and dwarves. There are even knights and queens in the mix. The dragon symbol is the most rewarding with five symbols scored earning a player 20 times their stake. Players also have a good chance of winning thanks to the wild symbol that substitutes for all other symbols except for the scatter.

Besides the basics, players will want to score the Dragon Fire symbol. This mysterious symbol changes into another symbol once the reels stop. This means that there is a chance that it could be one of the higher value symbols.

The real bonus though is the Dragon Horn. This symbol acts as the scatter and players only need to score three for it to activate the bonus game. In this bonus game, players will get seven to eleven free spins. Besides that, if another Dragon Horn symbol shows up, players can get another free spin.

Besides giving players free spins, the Dragon Horn also adds to the Dragon Horn meter. When it reaches three, players go a level up and one of the shields becomes a Dragon Fire symbol. That means players have more chances of winning big as they accumulate Dragon Horn symbols.

Overall, Dragon Horn proves that Thunderkick knows how to make fun games and give players a fair chance at winnings. Players should try out Dragon Horn when it arrives at their favourite online casino.

Hurray! There is a competition going between users of our site!
You have to do nothing, but browse out site, and win a daily prize. Click here to read more.
You current ranking:
Time Left: 25m 11s