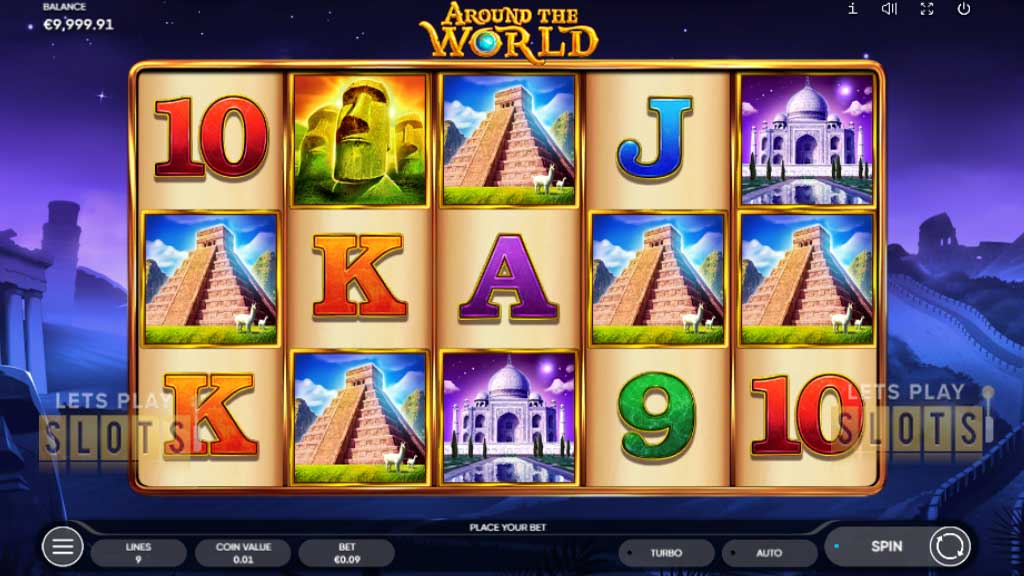 Journey “Around The World” With Endorphina 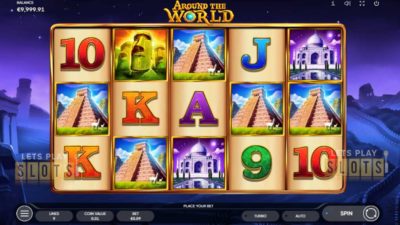 There are millions of people who dream of traveling around the world. Most of them will not get the opportunity to do so because of the costs involved. Right now, no one has the opportunity do travel freely due to the pandemic.

Endorphina decided that this was the right time to come out with a slot called “Around the World“.

Players are presented with a background that covers some of the most iconic sites in the world including the Taj Mahal and the Great Wall of China. Paired with an exciting soundtrack, players will have the chance to score big as they see the sights around the world.

Players are presented with five rows and three reels and nine paylines to win. The maximum cash jackpot for this game is pretty impressed as it is capped at $90,000. The betting range is also impressive as it starts out from $0.01 and goes all the way up to $90. This betting range provides a good balance for those with a limited bankroll as well as for high rollers. The maximum amount is high enough to be tempting to those who want to bet big.

As for the symbols, they are a mix. There are the usual card royals which come with a value. The real prizes are in the various travel spots featured in the game. This includes the Colosseum, the El Castillo, the Great Wall of China, the Taj Mahal and the Moat. The most valuable of the bunch is the Great Wall of China which pays out a 750x jackpot with five on a payline. There are also two special symbols. The Wild Sphinx helps players win while the Adventuress is the game’s scatter.

Players will be hoping for the Sphinx to appear since it replaces any of the regular symbols and allows for an easier win. Additionally, it can reward players with a 9000x jackpot with a 5x combo. The Adventuress scatter is even more rewarding. Players need to land three or more of the scatter anywhere on the grid and they get 15 free spins.

Additionally, players will get a random multiplier that can help players win big which is indicated by the compass symbol. The maximum is set at 5x. If players are lucky enough to score the scatters on a payline, they can get a maximum of a 500x jackpot. Players can also use the Gamble symbol to double their wins or lose it all. Around the World has an RTP of 96 percent.

Hurray! There is a competition going between users of our site!
You have to do nothing, but browse out site, and win a daily prize. Click here to read more.
You current ranking:
Time Left: 5h 50m 7s