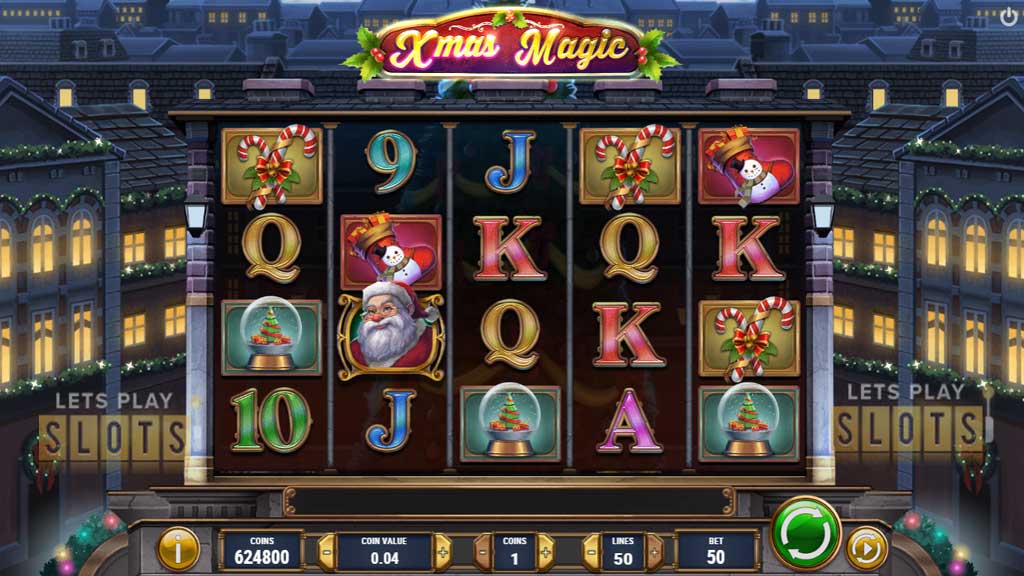 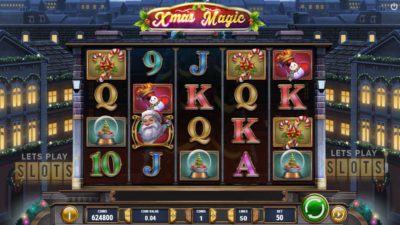 The holidays are here and slot lovers can expect a nice flow of Christmas games to hit the market. Play’n GO is one of the first developers to release a new Christmas offering called “Xmas Magic“.

Players will enjoy the holidays with this slot as the game takes players on a fun excursion to a winter wonderland.

When players start this game up, they will get the unmistakable feeling of Christmas. The backdrop reveals snow-capped mountains and a red-brick house.

The game features a set of five reels in the middle. Players will have 50 paylines to aim for to create winning combinations.

The game features A, K, Q, J, 10, and 9 royals for its low-value symbols. Players will want to score the fancier symbols though. This includes snow globes, cups of hot chocolate, candy canes, Christmas stockings and a mistletoe. The mistletoe is the most valuable symbol and awards a 20x stake to players when they score five symbols.

The game also has two special symbols. One of them is the golden gift box. It is the game’s wild symbol which appears only on the three middle reels. It can substitute for most symbols, except the scatter, and can help players get the symbols they need for the win. It will always act as the highest value symbol when it is part of a winning combination.

The other second special symbol is the Santa Claus scatter symbol. This is what helps trigger the special free spins feature.

Get Some Free Spins

Players will need to get the scatter symbol on the first three reels at the same time. This will trigger the Free Spin feature. They will get 10 free spins and get 4x their stake as an immediate prize. Players will get two new wilds every spin. This can result in huge wild stacks on multiple reels, making it easier to win.

Players can get more free spins. If they are lucky enough to trigger it again, they will get another ten free spins. This is the maximum though since it will lead to a lot of wilds on the reels. Besides that reward, a random high-value symbol will appear as a full-stack to make it even easier to win.

Overall, this is a nice little game that is a safe bet for the holidays. Players should give it a try to experience some holiday cheer.

Hurray! There is a competition going between users of our site!
You have to do nothing, but browse out site, and win a daily prize. Click here to read more.
You current ranking:
Time Left: 19h 34m 56s